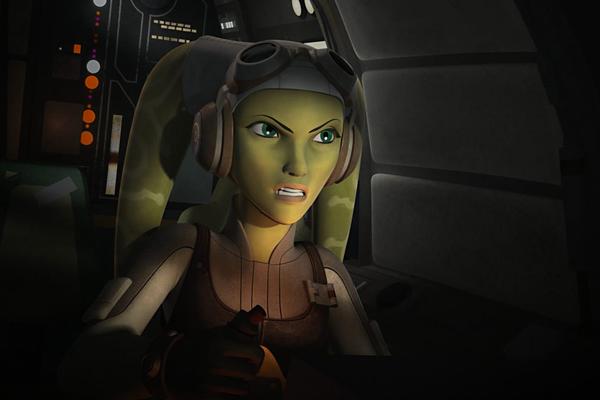 If you don't know who Hera is, or her importance to Star Wars, then this piece by Megan Crouse over at StarWars.com will fill you in.

Child of wartime, an alien freedom fighter, a rebel hero before she rubbed shoulders with Leia Organa and Han Solo  Hera Syndullas life story places her in a critical role in the growth of the rebellion. With her crew on the Ghost flying at the forefront of the rebellions work as an organized force instead of smaller splinter groups, Hera had to transform from a pilot to a leader over the course of the Galactic Civil War. Her command of Phoenix Squadron demonstrated the rebels ability to team up, and by the time of the Battle of Scarif she was a general. In this way, Heras rebel path parallels the rise of leaders like Leia Organa and Mon Mothma and the growth of the rebellion as an organization.

Like Cassian Andor, Hera started out as a lone rebel operative. While she was especially skilled in the cockpit of the Ghost, she also investigated Imperial corruption and was competent with a blaster. Far from Mon Mothma and Bail Organas work recruiting senators to their cause in their high society world, Hera gathered a scrappy group of self-trained Jedi and one misanthropic droid.

Heras presence on both Hoth and Endor is a consistent narrative line through different stories of the Rebellion (capital R during this timeframe). As a way to organize stories and tie different parts of the franchise together, she becomes a character fans can latch on to. Thats good for fans who want to recognize their favorites, and also functions as a narrative touchpoint within the story. We see that the Rebellion is small, and that familiar faces are present at each base as the Empire pushes the Rebellion from one secret outpost to another.

At the time Ezra Bridger first joined the team, the rebellion needed to act underground. Hera hid her crewmates behind code names just as Ahsoka Tano did with the alias Fulcrum. As the member of her crew who knew rebel protocol the best, Hera was in charge of keeping them safe  but sometimes sacrificed trust in order to do so.

Jedi Council Forums
* "Race" Relations (was "U.S. Society and Black Men")
* From Endor to Exegol - The State of the Galaxy Discussion Thread (TROS Novelization Spoilers)
* RYL: Under Quarantine (Please read mod announcement on pg. 946)
* Why does there seem to be a near-consensus that AOTC is worse than TPM?
* Free Association Thread.
* Ignorance is Bias: The Diversity Manifesto
* At The Movies (film discussion thread)
* What was the last movie you saw? (Ver. 2)
* The US Politics discussion
* _____ vs. _____