Okay, theres more Star Wars in one minute of that trailer than an entire film series but here we go with a first reaction and trailer breakdown!

The first half of the trailer is a montage of previous events in Star Wars Rebels with an overlay of Ezras Season 1 Episode 11 call to arms speech and quotes from key people. This speech set the tone for the entire series early on and in many ways, gave us a glimpse of what was to come from Ezra Bridgers journey and it appears well get some resolution.

Its about the 1:24 mark where we start to get into some new stuff, so lets have a look at a few of key moments!

Kanan Got a Haircut

We get a shot of Kanan performing a ceremonial ritual and cutting off his beloved ponytail after saying to the group, lets go het Hera. It then cuts to Hera shackled in a prisoners jumpsuit saying to the two poor Stormtroopers guarding her, youre in terrible trouble before Kanans lightsaber cuts out the floor from underneath them, rescuing her. This scene will be in Episode 10 Jedi Night no doubt as Hera was captured by Governor Pryce in Episode 9. Notice a scene later in the trailer where Pryce is with the rebels in hand cuffs. Heras line about hating his hair is great stuff.

The Battle for Lothal 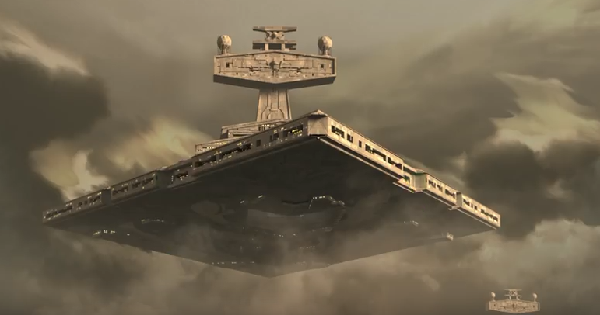 Pretty obvious the remainder of the season will focus on the battle for Lothals future. We get a shot of all the rebels in heavy action, including a very quick and youll miss it, shot of Sabine holding Ezras lightsaber. We get a look at Thrawn launching a full scale bombardment on Lothal which looks epic.

Rukh is still around and is seen fighting just about everybody including Zeb, Ezra and Kanan. Whats nice is you see the Crawler Rebels as well, and its great to see Zeb taking on a leadership role.

We of course dont really know how it turns out, but we know from Battlefront II that it remains a nice place to visit so the damage wont be everlasting.

The Force is Strong

Right off the hop we Ezra walking the celestial plane and running into a convor of all things. He claims to have see it before, so it must be the convor weve seen throughout the series. Could it be Ahsoka Tano? Notice Ezra is wearing trooper armour, the same armour hes wearing again later when hes standing in front of a giant image of the Mortis, which to me looks like a gateway or a map! Thats right, Mortis is at play, which has been rumored for some time and if you look closely, theres a convor sitting on the shoulder of the Daughter in the image. How this all plays in together were not sure, but its clear Ezra will be thrust into the origins of the Force and likely be told his role in all of this. 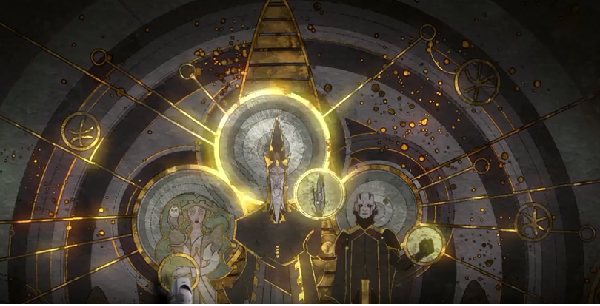 As promised the Loth-Wolves are a huge part of the story going forward and it appears they will be with Ezra to the end. They clearly are helping the rebels as they are seen with the team riding on their backs at one point and leading an attack during another.

The Emperor is Back!

So, we knew this was coming thanks to rumors but holy smokes! The big question though is this just a test for Ezra to pass during his trip or is it an actual encounter with Palpatine? Hard to believe the Emperor is on Lothal during a full-scale assault, not that hes in any danger or anything. And the projection at the end appears to be Palpatine, facing down Ezra, who is backed by Loth-Wolves once again. But is it? And the mine at last line indicates the Emperor has been watching Ezra for quite some time, but does that mean he wishes Ezra to join him or destroy him? Cant wait to find out!

Well, thats our first reaction! This trailer delivered as it truly looks as if Dave Filoni and the team have saved the best for last and however you feel about the show ending, you cant argue we live in blessed times. They gave us so much to think about but as always, the pieces are there we just must assemble them for ourselves. From the Mortis, to the convor, to the Loth-Wolves, its clear theyre throwing us into the deep end of the Force mythology and I couldnt be happier.

We didnt get much of anything from Sabine or Chopper and very little of Zeb so theres lots more to come from those rebels. Also, we know there are scenes between Thrawn and Tarkin thanks to the season 4 trailer way back in the fall in which they discuss they fate of Thrawns Imperial Navy initiative.

Theres a major hint at which character could meet their end but I wont discuss that hereyet.

The battle for Lothal will likely be near the end of the series as all the pieces are put in place that will lead up to the events in Rogue One but how far will they take us? Guess well find out March 5th which is the expected finale date.

So, what did you guys think about the last Rebels trailer ever! Let us know!