Did the Rebels Trailer Reveal a Characters Demise?

This article was written by Steve Dunk.

Did the Rebels Trailer Reveal a Characters Demise?

We finally got a trailer for the second, and final, half of Star Wars Rebels Season 4. And although there are plenty of details in it that deserve discussion, theres one thing specifically that I wanted to discuss here. But before we do that, heres that wonderful trailer one more time

Okay, lets talk aboutthe haircut. Thats right, Kanan gave himself a haircut. Now, its important to note that he gave himself a haircut, someone didnt do that for or to him. Sure, there probably isnt a lot of places to get your haircut on Lothal, if thats even a thing. But if theres one thing we know from Dave Filoni its that everything has a purpose and its a clear focal point of the trailer. 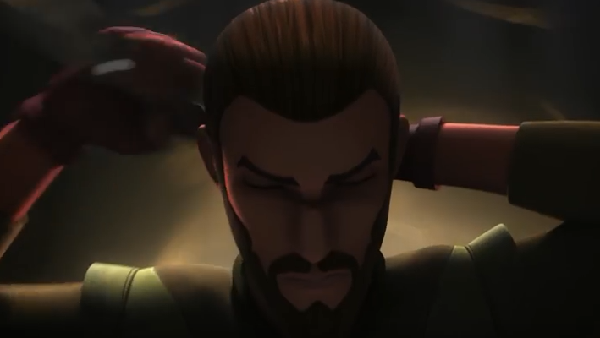 Not only do they show Kanan cutting off his ponytail in a ceremonial type fashion preparing for Heras rescue, but in another bit, we have Hera referencing the new look, albeit in a negative context. This again feels intentional to me. So, what am I getting at?

Since the beginning its clear Kanans character, and the Jedi in general, followed a strict set of rules that could be considered the Bushido code. The code, which emphasizes loyalty to ones master, self discipline and ethical behaviour, also followed a belief that in the presence of death, one would choose that over life. What that means is self sacrifice is big part of their way of life.

One thing that is prominent in Japanese art, whether it be depicted on canvas, in stories, in film or anime, is the dramatic cutting of a characters hair. While here in North America it means almost nothing most of time save a charitable gesture, in Japan culture, specifically Samurai culture, its symbolic of something greater. In present day it has remained a symbol of breaking free from the past and in art, like life, symbols matter.

In Japanese dramatic storytelling it signals a shift or life-altering change for a character, a dramatic break from their, now, former life. Historically in cinema, cutting off the hair by a Japanese warrior or Samurai is a symbol of defeat or a step down in class, depending on whos doing the cutting. So, if the Jedi culture is partially based on Japanese or Samurai culture, which we know to be true, then something as significant as this cannot be ignored. Cutting off your rivals hair meant shame, doing it to yourself meant something else entirely, it meant sacrifice, it meant defeat.

Kanan wasnt always the man we know him to be, he didnt always follow a code or act in a noble manner. After the death of his master, Depa Billaba, he abandoned his old ways and was more of cowboy than a Jedi, a Ronin if you will. That all changed when he met Hera and later Ezra both of which would give him a new outlook on life, a new family, a new code. Weve watched him go grow from a swashbuckling mercenary to a benevolent nurturer. He has learned sacrifice through his adopted role as mentor and master to Ezra and through his love of Hera. 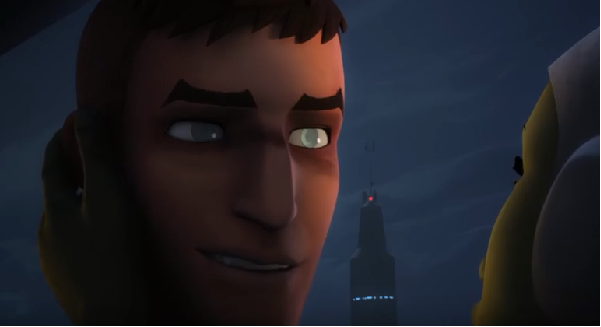 This of course has changed the way he carries himself in life which has also altered his appearance as well along way. This was an intentional move by Dave Filoni and the other writers and speaks highly of their creative process. From the way Kanan dressed, to the way he wore his hair, to the way he kept his beard, Kanan has been in a transitional state both inside and out since we first met him. Filoni has said as much in recent interviews and speaks about Kanans evolution and how its affected his appearance.

There are many reasons to think Kanan Jarrus doesnt survive past Season 4 of Star Wars Rebels and there have been many clues to suggest this. The ominous tone surrounding his interactions with the Loth-Wolves and his unexplained absense in any material during or after the Battle of Scarif should be enough. But if not, this could one more clue to build your case with. And again, everything means something in this series and its no accident that something so attributable and symbolic of Kanans current state of mind is being ceremoniously expunged in a very public way. Again, whether that means his ultimate demise or just simply a fresh start, a cleansing if you will, is something well debate until the end of the season.

So, whether he lives or dies, one thing is clear, that Kanan Jarrus will forever be changed by the events which are about to unfold. What exactly those events entail well soon find out.