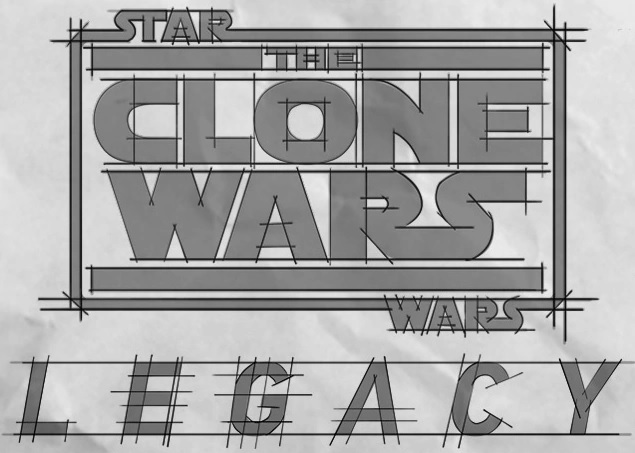 With The Clone Wars Season 7 kicking off February 21st on Disney+, its time to start up the hype engine and take an introductory look at what we know about the first few episodes.

As we all know, when Disney purchased Lucasfilm back in 2012 they made the decision to cancel the series and would eventually wrap-up on Netflix with a shortened Season 6, the last episode airing on March 7th, 2014.

At the time, when the decision was made, there were still 65 episodes in varying stages of production, thirteen of which were made part of that The Lost Missions season, the rest were never released.

Now, back then, Clone Wars Saved wasnt a thing so the prospects of seeing these stories depicted on screen or otherwise were not in the cards. But thanks to The Clone Wars Legacy multimedia initiative, some of them, like the Darth Maul and the Asajj Ventress arcs, found their way onto the publishing side of Lucasfilm. Additionally, the Bad Batch and the Crystal Crisis on Utapau arcs were released at Star Wars Celebration and online in the form of unfinished animatics, fully voiced by the cast, thanks in part to a strong fan outcry.

Then, the seemingly impossible happened.

At San Diego Comic Con in 2018 Dave Filoni announced that The Clone Wars had in fact, been saved, and we would be getting a seventh season. And, he even had a trailer

This final season of The Clone Wars will be 12 episodes long and focus on three story arcs, the Siege of Mandalore and the Bad Batch among them. For the purposes of this article; well look at the Bad Batch arc and what we know so far.

Thanks to the already released animatics, we have a pretty good idea of what to expect from this 4-episode run, however unfinished they are. The episodes, The Bad Batch, A Distant Echo, On the Wings of Keerdacks, and Unfinished Business, were all written by Brent Friedman and released to public on April 17, 2015 during Star Wars Celebration Anaheim.

And because of that, a synopsis and plot details can be found online for each episode. Heres the official synopsis for the first episode titled The Bad Batch

"Rex, Cody, and Clone Force 99, an unorthodox, elite squad also known as the Bad Batch, look to recover the Republic's strategy algorithm from Admiral Trench. But a haunting truth awaits"

Okay, so we know who Rex and Cody are, and Anakin Skywalker (Matt Lanter) is along for the ride as well, but who is "Clone Force 99"?

Well, "Clone Force 99", named after a maintenance clone that died while aiding in the defense of Kamino from a Separatist invasion, were a crew of four clones who were born with "desirable" genetic mutations, making them highly skilled.

The team, led by Sergeant Hunter, included Wrecker, Crosshair, and Tech, and they stood apart from standard clones in both appearance and voice, even having certain abilities unique to the team itself. Within the Clone Army this rag-tag group of warriors were commonly known as the Bad Batch

The idea for the Bad Batch came from the maker himself, George Lucas, and during that panel in Anaheim, Friedman had this to say about the origins of the group

The process began in the room. George had a very specific vision of this motley crew and one of the things that informed the writing was that as we were breaking the stories, Dave (Filoni) was sketching all of the characters. They came to life right there in the room.

When I got back to my office to write the scripts off the outlines, the characters were already born, I already saw their personalities and identifies, I could already hear their voices based off those amazing sketches that Dave did. 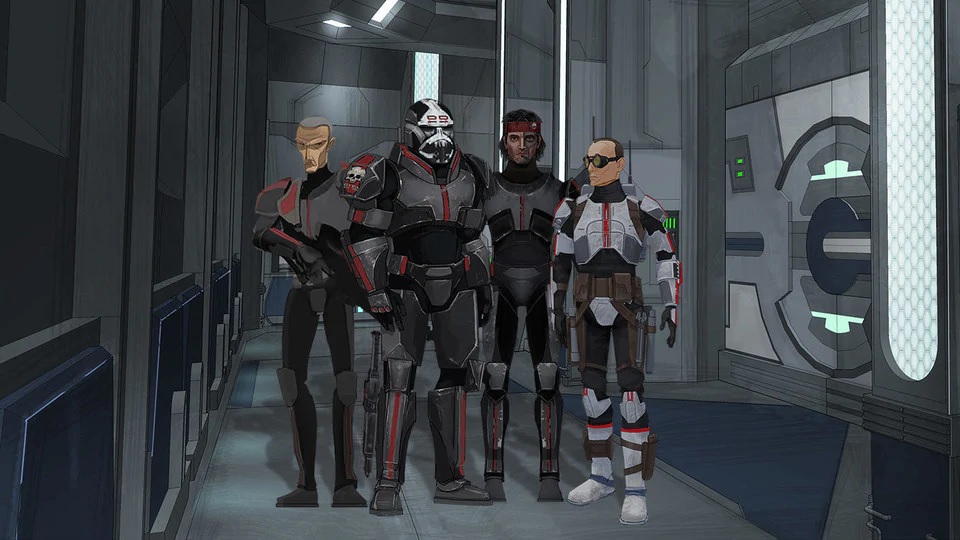 And speaking of the voices, Dee Bradley Baker, the voice of the Clones in the series had the challenge of creating unique voices not only apart from the Clones as a whole, but even unique within the group itself

I remember how terrified I was going into this. Typically, every time I go in, where its just wall-to-wall Clones, the challenge is keeping them distinct, keeping them separate, but ultimately, they have to sound like Clones. In this one it was kind of flipped. The challenge was keeping them sounding really distinct and unique, but still resembling the Clones in some small way.

Dave sent me a script a few weeks before hand, earlier than I typically get it. Then I would think it through, and Dave would tell me what he wanted. It would finally get nailed down as we were entering the session.

Part of whats brilliant about this arc to me is the sense of humor that it has. The action is really interesting and really innovative; there are a lot of things that we havent seen before in what these guys do and how they do it. But the humor is so marvelous, the way it keeps the energy up throughout the whole thing.

So, as the synopsis indicates, Rex, Skywalker, and the Bad Batch are up against good ole Admiral Trench on Anaxes (first appearance) whos been a thorn in their side since Season 2 and just doesnt want to die.

But, hes not alone, as they cross paths with another familiar headache in the form of Skakoan Wat Tambor. Whats great about this arc is that we finally get to see Tambors home planet of Skako Minor, home to the Poletecs, who also make their first appearance and play a vital role in this arc.

The story reels are fine, but they are just that, story reels, animated storyboards that help the production staff frame the episodes. And even though animation technology has advanced greatly since the show ended, Filoni has said he doesn't want to stray too far from the original look and feel of the show.

Still, he wanted to take advantage of the new tools at his disposal so he couldnt help but tweak a little bit here and there. At The Clone Wars panel in Chicago, he talked about how challenging this is show is to make, always cognizant of keeping it authentic

Whats interesting about these episodes is that they were all shot pre-vis, pre-animation, so these story reels existed. So, I went back into them and just re-tooled them a tiny bit.

Youll see some of the story processes and some of the evolution that we go through to make things better as you go and improve the film. But they are probably the most authentic to the time-period, way back when we were finishing out The Clone Wars before. Theyll feel very authentic to those episodes and that scale.

Like I said, if youve seen the animatics then youve seen the episodes, albeit unpolished. This Star Wars version of the Dirty Dozen is a wild and fun ride with about as much gung-ho as they can fit into four episodes. Thanks to this series, Rex, Cody, Echo, and a few more of the Clones are about as fleshed out as any Star Wars character, and the Bad Batch squad has that same uniqueness, but in a new and entirely fresh way.

The emotional kicker of course involves the once thought dead Echo, who, not only survived the events in the Season 3 episode Counterattack but is now a monstrous pawn of the Separatist forces. Its important to understand the history here if you want to feel the emotional weight of the episodes and their true effectiveness, especially since the relationship between Rex and Echo is at the heart of this arc.

And while you're at it, its worth going back and re-watching some key episodes of The Clone Wars before February 21st. "Clone Cadets", "Rookies", "ARC Troopers", "Orders" and any of the "Battle of Umbara" arc episodes not only introduces the key Clones, but develops them as independent and empathetic individuals.

Understanding the growth that the Clones experience, not just as violent symbiotic creations, designed for one purpose, but as individuals with the potential to think and feel for themselves is key. Making decisions based on whats best for not only the Republic, but themselves as well.

Their existence, expendable and futile as it may seem, can be a life worth living, and this arc gives them a sense of hope and a rare opportunity to go outside the system, and act as an individual, for the mutual benefit of another. If youre a fan of the Clones and the way this series puts the spotlight on them, then The Bad Batch and The Siege of Mandalore arcs serve as the perfect exclamation points.

We are lucky indeed that we wont have to wait long as The Clone Wars Season 7 will kick-off on February 21st with The Bad Batch!