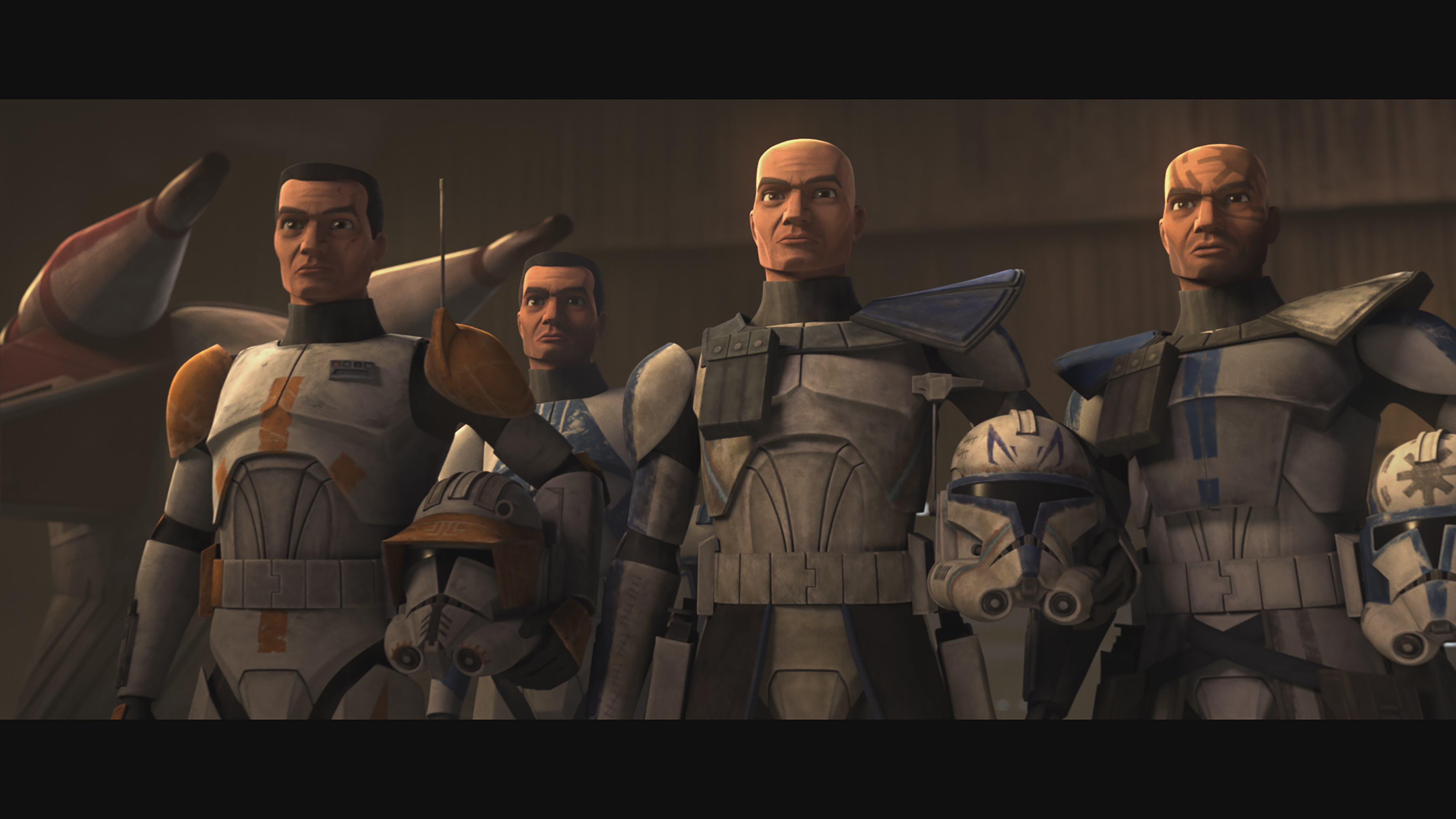 Rex, Cody, and Clone Force 99, an unorthodox, elite squad also known as the Bad Batch, look to recover the Republic's strategy algorithm from Admiral Trench. But a haunting truth awaits"

Weve come to it at long last my friends. Our patience, persistence, and pestering have finally been rewarded and I get to say the words, Clone Wars has officially returned!!!

The seventh (and final?) season of The Clone Wars has arrived and theyve kicked things off with the Bad Batch arc, something weve known for a while now.

Hard to imagine any fan of The Clone Wars not having seen the four animatic episodes of this arc by now. Theyve been online for years at this point and have been viewed repeatedly by most of us Clone Wars enthusiasts.

Because of that fact, watching The Bad Batch and A Distant Echo (they sent both) felt entirely familiar and kind of ordinary? And thats not to say theyre good or bad, its just Ive watch the animatic versions many, many times and although there are a few small changes, which well discuss, these completed episodes dont stray too far.

Listen, this arc isnt the one weve been waiting for, that honor belongs to The Siege of Mandalore where well finally see the face-off between Ahsoka Tano and Maul amidst the Night of a Thousand Tears And no offense to the Clones (whom I love), but this is the appetizer, the Siege of Mandalore is the main course.

For the record and just to get it out there, I like this arc very much. As I said in my Bad Batch preview its important that we understand the growth these Clones experience, not just as violent symbiotic creations, but as individuals with the potential to think and feel. Making decisions based on whats best for not only the Republic, but themselves as well. Thats at the heart of these episodes as we approach Episode III and Order 66.

But its definitely not all emotional beats, theres plenty of exciting action, world-building, and camp that makes these episodes fit right in with the rest, albeit more polished.

So, lets dive in and look at what Dave Filoni and the rest have given us after all these years. Whats changed since the shows original run ended and whats stayed true to the animatics.

We know from countless interviews that although the animation is more or less the same, they used todays technology to smooth out a few rough edges. And thats what struck me right away, it does look better. I even had older episodes play alongside, and the difference is quite noticeable.

What else is different, and of course one of the trademarks of this series, is the quote at the onset that serves as the episodes motif. Its one of the last things written, so for the unfinished episodes at the time, they never got to it.

As such, when Filoni and company dropped The Bad Batch animatic at Celebration Anaheim in 2015, the opening text simply read

The battles are over, but the heroes live on. Thank you Clone Wars fans.

Of course, at the time, since there was no #CloneWarsSaved, there was no need to write a motif. But, thats not the case anymore, so the new text reads

Embrace others for their differences, for that makes you whole

Thats an obvious reference to the Clones themselves and how well Rex, Cody, and the others will meld with Clone Force 99. This relationship, between the regs and these clone misfits, is the main focus of The Bad Batch, the first episode in the arc.

The next subtle difference comes with Tom Kanes opening voiceover, which serves as the episodes crawl if you will. The only real key difference in the short passage is that instead of saying The home of Republic shipyards he says, One of the Republics largest shipyards

Not a huge deal but does imply that Anaxes isnt the only place where shipyards, certainly of that size exist. And that the Republic, and then the Empire, had multiple shipyards such as Kuat and Corellia.

Next is where we get the episodes most important and only real change from the original idea. We start off in a command center where Cody and Rex are relaying to Mace Windu and Anakin Skywalker that Admiral Trench's Separatist forces are easily beating them in battle.

And as such, Rex believes that Trench somehow got a hold of his strategy algorithm that is allowing him to stay one-step ahead of the clones. The problem with that theory is that other than Rex, only Fives and Echo know about this algorithm, but they are of course both dead. Right?

Rex thinks that perhaps, when they came across Echos body on Lola Sayu, they were able to extract this algorithm and use it. Anakin and Mace think its at least worth investigating.

This scene has been almost entirely re-written, really giving Cody and Rex the floor, not Windu. And instead of Windu devising the plan and giving orders to Cody, its Codys plan to infiltrate the Separatist Cyber Center, to which Windu approves.

Theres no mention of Fives or Echo during Cody and Rexs presentation and before they leave, Anakin questions Rexs emotional state, indicating he suspects his theory is Echo related.

This close look at Rexs psyche is further explored in the next scene, which is both new to this episode, and very effective. We find Rex in the bunk room sitting quietly, looking at a holo-pic of the old squad, lamenting the loss of Fives, Heavy, and Echo. Hes obviously still not over the deaths of his friends and wishes things could have gone differently.

Cody joins him shortly after and its here where Rex talks about his Echo theory. He didnt want to say anything in front of the generals, fearing theyll think hes got a glitch. All Mace and Anakin know is that the cyber center is sending out a mysterious signal, and as I said, Anakin suspects something is up with Rex.

Rex isnt entirely sure whats real and what isnt, even questioning his own sanity, but even though he has no proof, feels in his heart that its Echo. Cody is skeptical and reminds him to stay on mission, not to be distracted by wild theories.

The rest of the episode, aside from the odd minor script change, is pretty much word for word and beat for beat in line with the animatic. Again, to repeat myself, if youve seen those, then you know exactly what to expect the rest of the way.

So, in that respect its still a good episode that kicks things off in a solid way. The main story objectives here were to introduce two things, Clone Force 99, and the Echo isnt dead idea. It completes both of those very well and leaves us in a great position moving forward to the second episode. The main objective from the producers is to put us right back into the mix and somehow make the years since the series ended disappear completely. Again, successful.

Like I said, the animation is a little sharper, a little cleaner, and a little more fluid. And finally seeing the Bad Batch fully realized on screen is a real treat for me personally. Hunter, Wrecker, Crosshair, and Tech all look and sound great and are as advertised. Shout out of course to goes to Dee Bradley Baker who manages to make them sound similar, using those Clones tones that hes made famous, but also unique at the same time. For Clones, they are about as distinct as could be.

Its great to have Kevin Kiner back scoring, not that there was any doubt. His revamped score is epic and sweeping, the level weve come to expect from him. And the rest of the crew remains intact so this will feel very familiar to you if youre a fan of the series.

Again, feels weird talking about The Bad Batch with fresh eyes, but we are and its glorious. In a way, now that its back, it feels like it never left and although I never stopped re-watching, having new Clone Wars is a true gift.
Next week weve got A Distant Echo