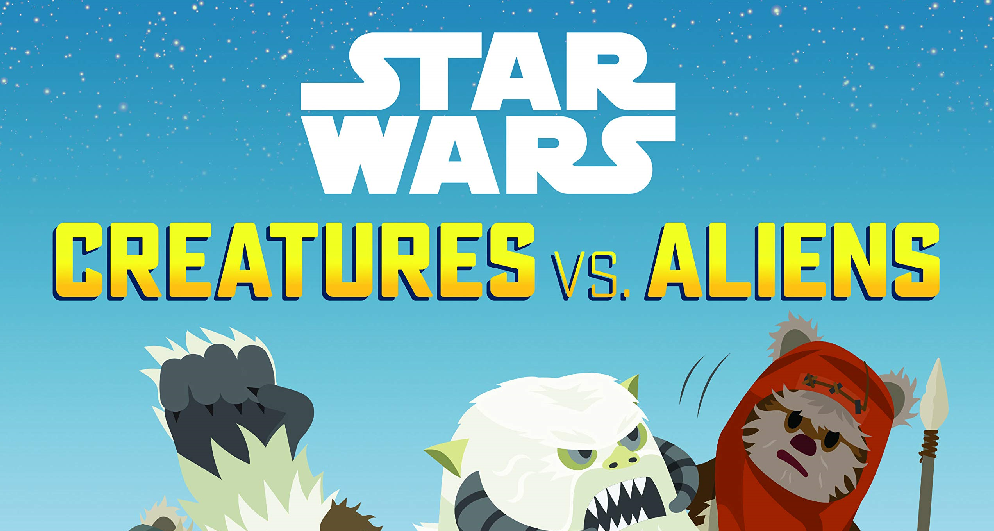 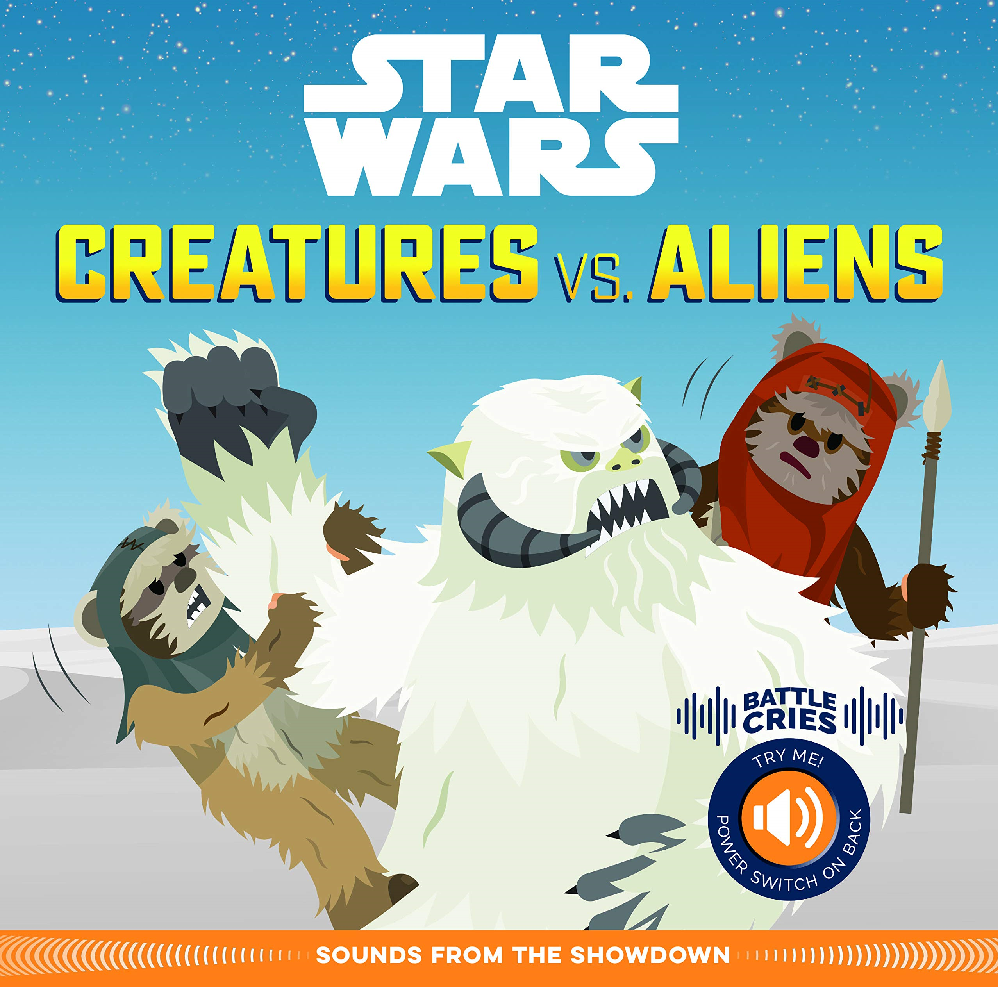 Did you ever wonder who would win in a fight between a Geonosian and a Rancor? Or how about a Wookiee and a Sarlacc? Or even less likely, how about a band of Jawas versus a Rathtar?

Walking Star Wars encyclopedia Pablo Hidalgo and artist Scott Park are out to resolve some of the many childhood arguments you had involving Star Wars creatures and aliens. Ewoks, Wampas, Jawas, Wookiees, Rathtars, Tauntauns, Tusken Raiders, Rancors, Sarlaccs and even Geonosians are all here in this aptly titled book, Star Wars: Creatures vs. Aliens

Star Wars Battle Cries: Creatures vs. Aliens is an interactive sound book that prompts imaginative play with realistic Star Wars sounds. Can a Wookiee defeat a Sarlacc? Would a band of Ewoks defeat a Wampa?

With bold, original illustrations, each spread lets readers delve into infographic-style facts about each character. Then pit one against the other in five epic hypothetical battles, complete with each character's signature sound effect. Who has enough brains, brawn, or cunning to win? Decide for yourself!

 Tusken Raider vs. Tauntaun
 Geonosian vs. Rancor
 Jawa vs. Rathtar
 Wookiee vs. Sarlacc
 Ewok vs. Wampa

This canon in-universe book is categorized as young readers, and while that may be true, I sure had a fun time reading it. It certainly has a kid appeal however as the illustrations are juvenile (not in a bad way) and its a very short book, with a minimal word count.

In true match-up fashion, each species of alien and creature is given the stats treatment and a brief biography. Its the biographies where Pablo shines brightest, especially when he refers to Rathtars as rolling meatballs of teeth..." and Ewoks as short, roly-poly bipeds

Dont worry, each clash is given its own battle scenario in the form of a very short story. Although I suspect half the fun will be coming up with your own reasons why these very different species should fight, or even be on the same planet.

Oh, and the best part of all? The book comes with battle cries for each combatant or what theyre calling sounds from the showdown! Its super fun and your kids will wear out the batteries playing with it, so stock up on some AG13s.

If youre looking for a fun little book to read with your kids and introduce them to some Star Wars for the first time? Youve found your gateway book.

Published by becker&meyer!kids by way of Quarto Knows, you can order your copy of Star Wars: Creatures vs. Aliens by clicking HERE.