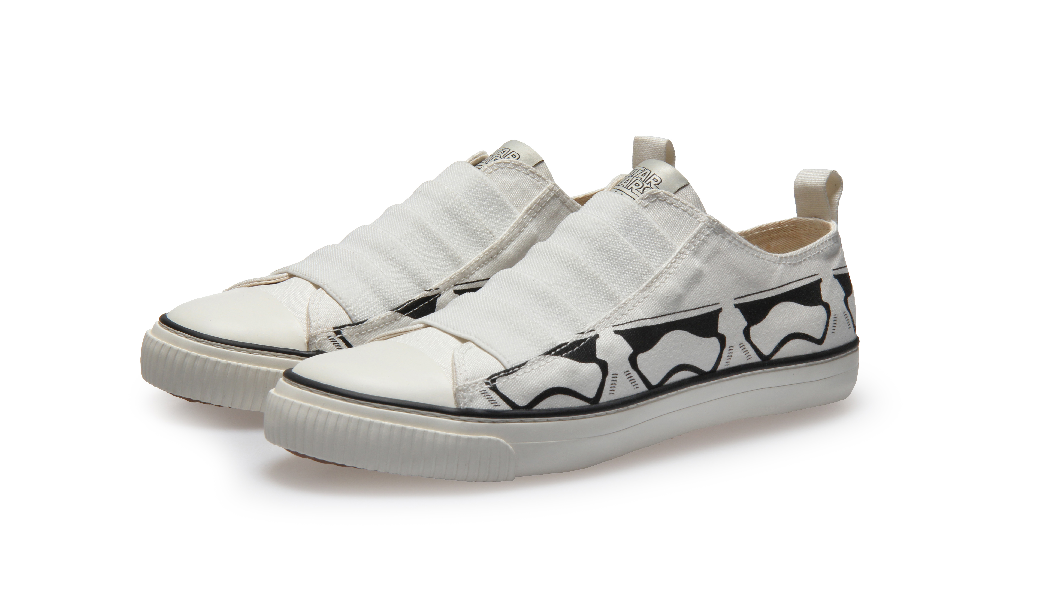 Celebrate Star Wars: Revenge Of The Fifth With Po-Zu Footwear

The launch of the TROOPER low cut vegan Sneaker in organic cotton on May 4th is the latest release from the Star Wars | Po-Zu co-branded footwear range.

Theyre the merciless followers of the fierce First Order and now you can join their ranks and take over the galaxy as Po-Zu launch the new Trooper low cut vegan sneaker.

Introduced in Star Wars: The Force Awakens, the First Order troopers carry out the will of Supreme Leader Snoke and his unpredictable servant Kylo Ren. Po-Zu have taken their iconic look and crafted a striking design that will help bring order to the galaxy one step at a time. The new sneaker is the latest in the range of co-branded Star Wars footwear to be released by pioneering ethical shoe brand, Po-Zu, under license by Lucasfilm and Disney.

The instantly recognizable eye-pieces of the First Order troopers, seen in Star Wars: The Force Awakens, The Last Jedi and Star Wars Resistance, runs along the side of the organic canvas and can be yours on May 5th , known as Revenge of the Fifth - Star Wars Dark-Side Day.

The high-top will retail at £65, with the design beautifully printed onto organic cotton and signature Star Wars | Po-Zu tongue detail.

The unisex and vegan sneakers, made with organic cotton canvas upper, a coconut husk and natural latex FootMattress and FSC certified Fair Trade rubber soles, follow the sustainability pillars on which Founder and CEO Sven Segal, began Po-Zu 11 years ago.

The new Sri Lankan ethical line will sit alongside Po-Zus Portuguese range, complementing the current product offering of high-quality leather and non-leather premium products, inspired by the footwear of main characters in the films such as Rey, Finn, Luke, Chewbacca and Poe. 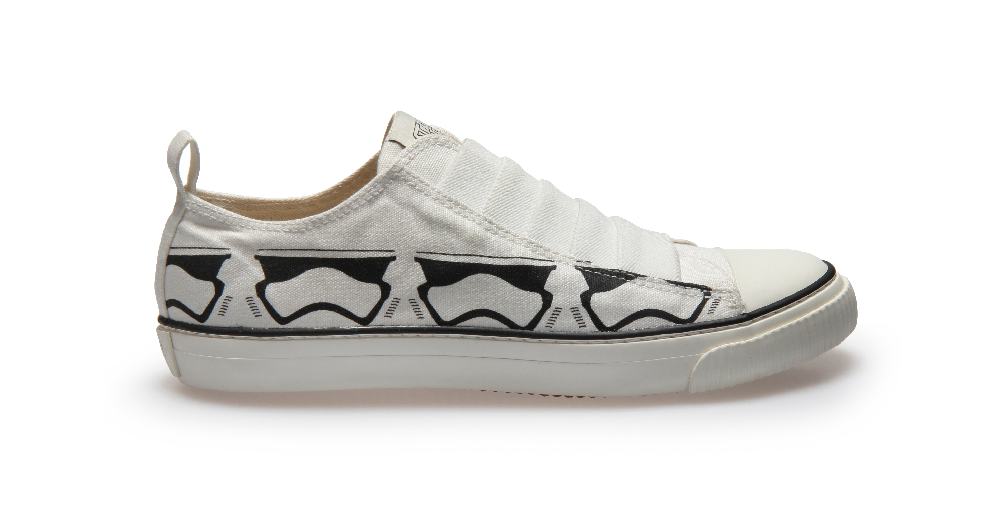