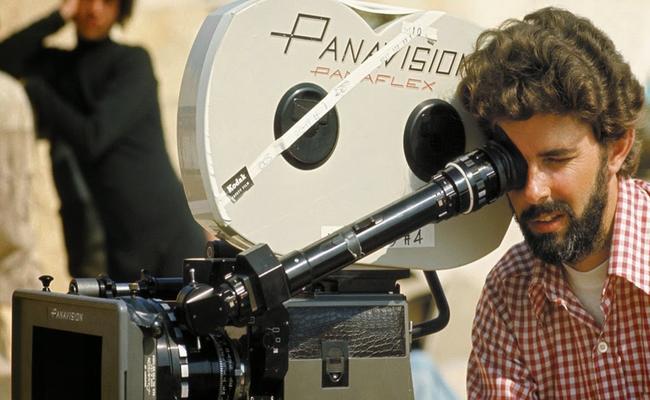 George Lucas is celebrating his 75th birthday today! From all of us here at TheForce.net, HAPPY BIRTHDAY GEORGE!

George Walton Lucas, Jr. (Modesto, California, May 14, 1944) is an American filmmaker, creator of the film sagas of Star Wars and Indiana Jones, and former president of Lucasfilm Limited, LucasArts Entertainment Company, Lucas Digital Ltd, Lucas Licensing, LucasBooks and Lucas Learning Ltd. It was considered, for two consecutive years, the fourth most powerful person in the entertainment industry, behind the owners of Time Warner, Turner and Steven Spielberg.

Upon graduating from the University of Southern California in 1967, Lucas co-founded American Zoetrope with his fellow filmmaker Francis Ford Coppola. Lucas wrote and directed THX 1138 (1971), based on his student short Electronic Labyrinth THX 1138 4EB, which was a critical success, but a financial failure. His next job as a screenwriter-director was the movie American Graffiti (1973), inspired by his adolescence in the 1960s in Modesto, California, and produced through the newly created Lucasfilm. The film was a critical and commercial success, and received five nominations to the Academy Award, including Best Picture.

The next film by Lucas, an epic space opera entitled Star Wars (1977), went through a problematic production process; however, it was a surprise blow, becoming the highest grossing film at that time, as well as winning six Academy Awards and a cultural phenomenon. After the first Star Wars movie, Lucas produced and co-wrote the following installments in the trilogy, The Empire Strikes Back (1980) and The Return of the Jedi (1983). Together with Steven Spielberg, Lucas co-created and helped collaborate with the stories of the Indiana Jones movies. Raiders of the Lost Ark (1981), Indiana Jones and the Temple of Doom (1984) and Indiana Jones and the Last Crusade (1989). Lucas also produced and wrote a variety of films through Lucasfilm in the 1980s and 1990s.

In 1997, Lucas relaunched the original trilogy of Star Wars as part of a special edition, where he made several modifications to the films; The local press releases with the most changes were published in 2004 and 2011. He also re-directed the Star Wars prequel trilogy, consisting of The Phantom Menace (1999), Attack of the Clones (2002) and Revenge of the Sith (2002). 2005). Later he collaborated as executive producer of the war movie Red Tails (2012) and wrote the CGI movie Strange Magic (2015).

Lucas is one of the most financially successful filmmakers in the American film industry and has been personally nominated for four Academy Awards. Some of his films are among the 100 highest-grossing films in the box office of North America, adjusted for the inflation of ticket prices.

George Lucas, along with Francis Ford Coppola, Steven Spielberg, Martin Scorsese, Dennis Hopper and Brian De Palma, is considered one of the most important and influential filmmakers of the New Hollywood era, a period that is considered one of the most important phases of cinema from the artistic point of view. He sold Lucasfilm to Disney in 2012, making co-chair Kathleen Kennedy president. He has attended the premieres of new Star Wars films and been generally supportive of them.