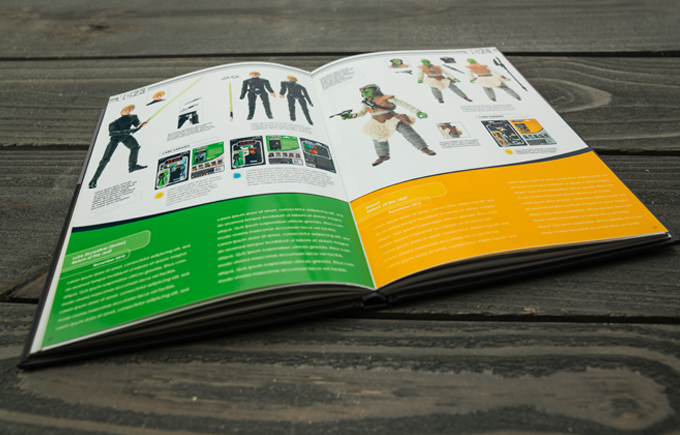 Written by Derryl DePriest, former Vice President of Global Brand Management and Star Wars brand team leader at Hasbro, the book comprises approximately 300 pages detailing TVC action figures, creatures, vehicles and playsets. Each item in the collection will feature a write-up informed by inside knowledge from the design and marketing team, and will be accompanied by crisp, high-resolution photos. The volume will be printed on premium-quality paper, bound in a deluxe hardcover.

"The Vintage Collection is one of the greatest toy lines of all time, offering an incredible balance between source material accuracy, detail and playability, according to DePriest. Our goal with Star Wars: The Vintage Collection Archive Edition is to pay tribute to this amazing series and the team that created it, offering spectacular photography and new insights for the long-time fan while acting as a primer covering the entire series for the newer collector.

Joining DePriest are co-authors D. Martin Myatt and Rich Alot. The trio will self-publish the book under their newly formed company Blue Milk LLC. Steve Sansweet, Star Wars super-collector and President and CEO of Rancho Obi-Wan, will write the foreword.

Introduced in 2010 with roots in the legendary 1978 Kenner Star Wars toy line, The Vintage Collection has grown to include hundreds of figures, vehicles, and special sets. Keeping track of everything available is challenging, and The Vintage Collection Archive Edition will be an invaluable resource to fans and collectors alike, Sansweet says.

The books Kickstarter campaign offers a variety of backer rewards for those supporting the project, including a TVC compendium poster by Kim Simmons, Kenners principal Star Wars photographer between 1981-2000. In another tie to the original toy line, the poster uses the actual yellow background seen on Star Wars action figure packaging in the '80s. In addition to the backer rewards, the campaign has stretch goals to unlock more content and chapters.

You can back the Star Wars: The Vintage Collection Archive Edition book on its Kickstarter page now; starting at $50 for Early Bird backers.