How The Rebels Finale Sets Up Future Series

Okay, now that Star Wars Rebels is over we can all resume our normal lives for, lets say, 24 hours? Does that seem reasonable?

Thankfully in the world of Star Wars theres always something to talk about and while there will undoubtedly be an endless number of post-Rebels musings to mull over, lets chime in on what will likely be a hotly discussed topic. The subject or subjects of the next animated series which may or may not be called Star Wars: Resistance. And what if anything, we learned from the Rebels finale that may provide us with an idea of what that series might be.

So, as we now know that by Rebels end Ezra resorted to a Plan B by reneging on the Emperor and was carried off into the unknown regions by his Purrgil friends. Where, we dont quite know as Ezras time on screen ends on that avant-garde note, save a goodbye video message. Whats interesting about this development, other than the fact that Ezra was carried off into deep space by space whales, is that it obviously leaves his fate purposely ambiguous. 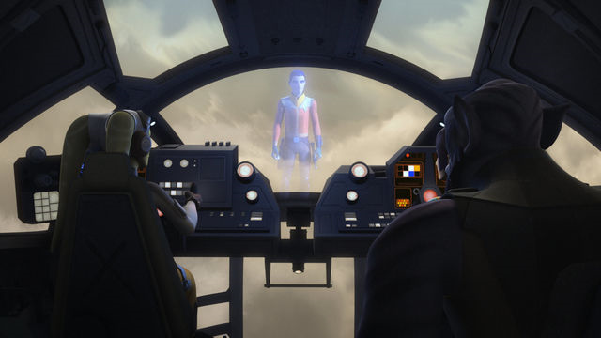 Presumably Dave Filoni has some idea as to the fate of Ezra and whether well see that play out either in a book or a future TV series, and thats something we can all look forward to. Also, worth noting is that Purrgils have the natural ability to fly through hyperspace, so Ezra could be anywhere and everywhere creating a multitude of storytelling options.

Remember, Ezra at this point is still just a Padawan so is he being carried off to resume his training somewhere by a yet to be determined Jedi Master? We know he has encounters and relationships with powerful Force alum such as Yoda and Obi-Wan Kenobi so is he being chosen for bigger things? Remember now we are advanced in the timeline so as events unfold, more and more Jedi are being revealed, such as Luke Skywalker. Or how about are old friend Bendu on Atollon? Not a great place to hide if your Ezra as Thrawn (if hes still alive) and the Empire are very aware of that location. But we know Dave Filoni is on record saying how much he loved the Bendu character, so a return of the Force Moose wouldnt surprise me. And as mentioned, Ezra is friendly with Master Yoda and do we know for sure that Luke was the only one who visited him on Dagobah? This is obviously abstract, but my point is much like the universe, the possibilities are endless.

The book option to me isnt necessarily a viable one but it may be the only option for Ezra at this point. And while I struggle to see Filoni handing the fate of this character over to someone else, he would get final approval Im sure. Theres no doubting the connective tissue that exists between The Clone Wars and Rebels, but Im certain Filoni isnt interested in retelling the same story either. So, whatever Ezras outcome will be Im sure its something well get down the road, we just don't know when. 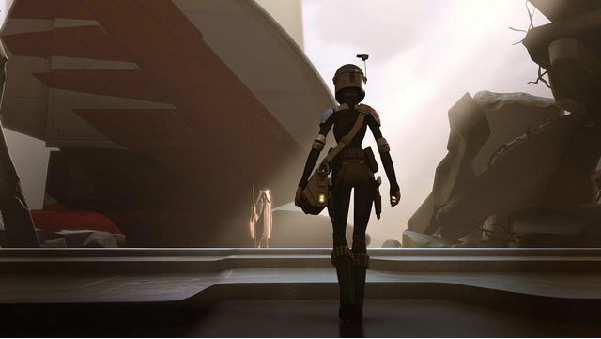 The most obvious and interesting aspect of the ending, which is related to Ezra, is of course the idea of Sabine Wren and Ahsoka Tano going off to look for him. This is somewhat reminiscent of the time immediately following The Empire Strikes Back and absolutely smells of Dave Filonis love for Tolkien and The Lord of the Rings material. I cant tell you how much I love this idea and Ill bet paychecks, car keys, whatever that this will most definitely be the subject of the next series. From a narrative angle its almost too rich with material especially from a storytelling standpoint. Im sure the team at Lucasfilm cant wait to get their hands on this one as Sabine turned into one of the series most popular characters and Ahsoka Tano is almost legendary at this point.

The sci-fi adventure motif reeks of Lost in Space or some other outer space weekly serial and with these two intensely rich characters at the lead and already established, the possibilities are endless. Especially when you include their overall motivation which is to find Ezra Bridger. Think of the five-year mission on Star Trek, just obviously better and with an actual purpose, and at the end of the chase is the pot of gold. 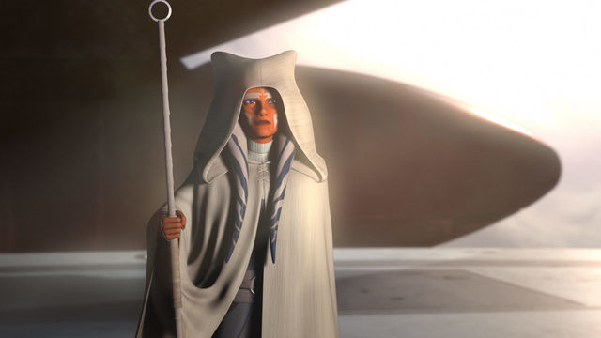 The best part is that theres room to grow from an exposition standpoint as these two women dont really know each other that well. Their screen time and interaction together has been very limited in the series so this pairing is actually a bit puzzling on the surface, their only commonality is that they each have a unique relationship with Ezra. You have the headstrong, gun slinging, bomb throwing Mandalorian and the patient, lightsaber swinging, force wielding former Jedi. This makes for both an entertaining and combative relationship one that Im sure will be lots of fun to explore as they potentially travel the universe together. Its the odd couple in space and I couldnt be happier about the prospect but lets move on.

There of course have been some not so little hints to indicate this is what to expect from Filoni next. First, hes said recently in interviews he has more Ahsoka Tano stories to tell and in the episode A World Between Worlds, Ezra tells Ahsoka to come find him when she gets back. Even throughout this last episode, Ezra mind melds with Sabine and implants in her the seed that not only does he want to be found but that its her destiny to do so. We know from watching Filoni TV for so many years that he doesn't do anything by accident, so these moments in the show are meant to provide us with a real indicator of where he wants to take these characters.

On top of all that, in a Rebels first, we not only have a huge flash forward, but we have our first offspring! Thats right, in an amazing sequence we time jump to just after the Battle of Endor and we meet Jacen Syndulla, the son of Kanan and Hera. This of course isnt the first time weve seen TwiLek/human children. During Season 2 Episode 10 of Star Wars: The Clone Wars, in an episode called The Deserter, we see the offspring of TwiLek Suu Lawquane and former Clone Trooper Cut Lawquane.

But this one is different for lots of reasons, not least of which is that this child is most likely Force sensitive. Also, he would be in his formative years after the events in the Return of the Jedi, which we know General Syndulla lives to see. So, with the war seemingly over does Hera simply retire to raise her son and find someone to train him in the ways of the Force? This seems like a wonderful idea for a series, but the adventures of Jacen Syndulla seem to me like a YA adventure more suitable for a novel than a TV show. 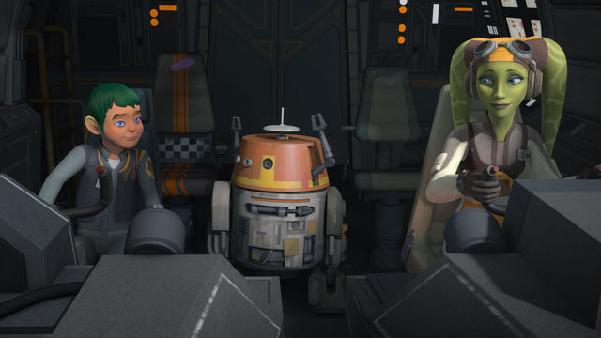 Many think a TV series set between the events of Return of the Jedi and The Force Awakens is a lock at this point, but if thats the case dont expect to see Heras too young son appear, except maybe in a cameo or mention. But with Ahsoka and Sabine still alive and their mission to find Ezra officially underway then it seems to me like a clear no-brainer for Lucasfilm and that this is the direction their going. It would also give them an opportunity to address several questions we've had, specifically why these two Jedi weren't around during the Original Trilogy. Indeed a serial show which relies on exploring the galaxy, encountering any number of people, could create opportunities to answer any number of lingering questions.

All in all, the series ended in a mostly appealing way and its clear Dave Filoni has his eyes set to the future. Hes set the table so the creative team at Lucasfilm are left with several avenues to explore and any one of the them could be a series, either animated or live action. He managed to conclude the show in such an emotionally satisfying manner all the while leaving us wanting more, and thats just great Star Wars storytelling.

He promised an announcement soon regarding the next series so let the countdown and the speculation begin!