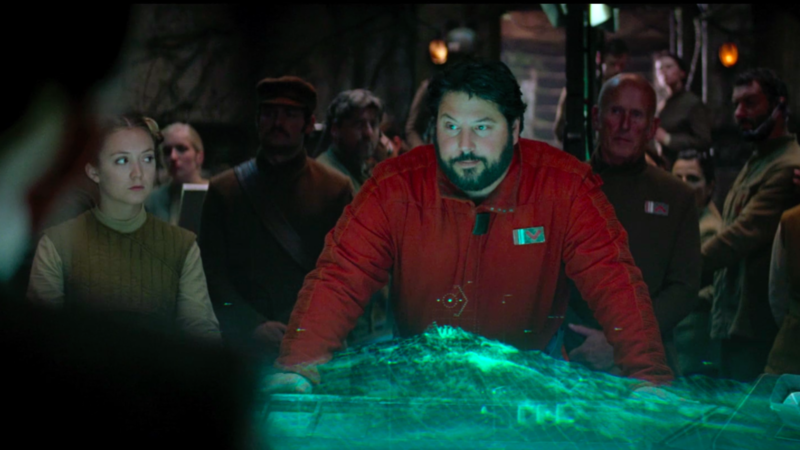 "Snap" Wexley Is Back For Star Wars - Episode IX

There's been a ton of casting news the past couple of weeks now that production on J.J. Abrams Star Wars - Episode IX is fully underway. Just the past few days they've added Dominic Monaghan and Matt Smith to the line-up of new cast members which includes Keri Russell, Richard E. Grant and Naomi Ackie.

One name that was absent from the list of regulars however was Greg Grunberg, who played Black Squadron pilot Temmin "Snap" Wexley in The Force Awakens. He was notably absent in Rian Johnson's The Last Jedi and thanks to the Marvel comic series that focuses on Poe Dameron and Jason Fry's The Last Jedi novel, we know why. General Organa sent Wexley and a few other members off to recruit any surviving Republic members from Hosnian Prime to their cause after the First Order and the Starkiller Base wiped out that system.

Well, looks like at least "Snap" will be returning as it has been confirmed by Discussing Film on Twitter that Grunberg will don the famous flight suit one more time for Episode IX... 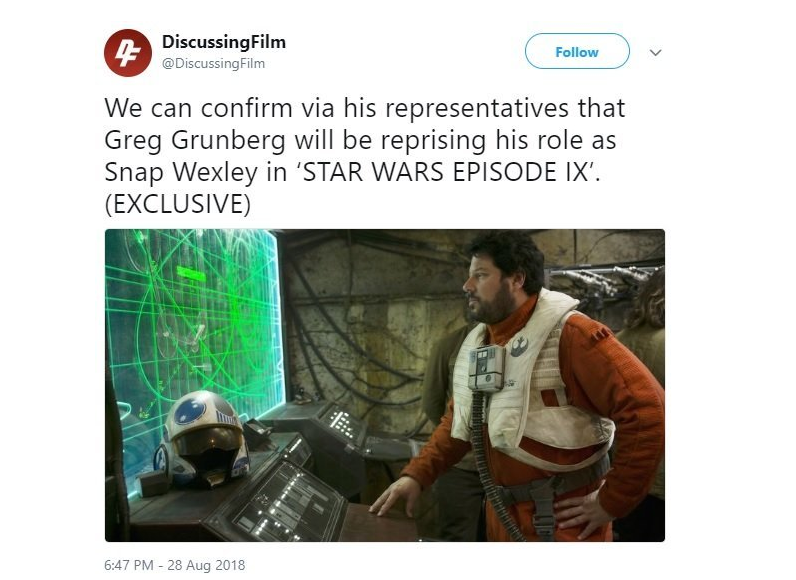 He's been dropping small hints as of late about his possible return including a comment he made at San Diego Comic-Con this past summer...

You know what, we'd better or else my wife is going to kill me for growing a beard. I can't officially say anything, but this is getting itchy, and I'm getting itchy to go over there and do it.

So does this mean we'll see the rest of Black Squadron back as well for Episode IX? The Resistance could sure use the help of Wexley, Jessika Pava and the rest if they have any hope at all of defeating the First Order in the last episode. At the very least, this return should make Poe Dameron fell a little better about the situation, having his team somewhat reassembled.