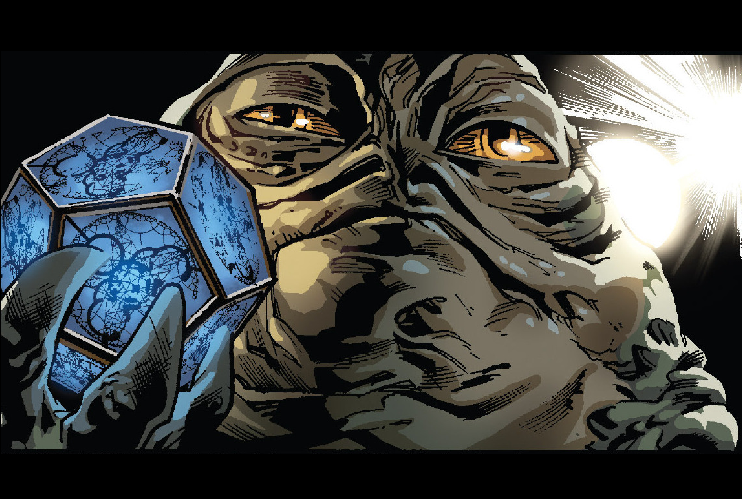 Could Star Wars - Episode IX Give Us Grakkus The Hutt?

Warning! Spoilers ahead for the latest issue of Marvels Poe Dameron comic book.

A while back a rumor floated to the surface on Reddit (4LOM) claiming that there was a dinner scene being filmed for J.J. Abrams Episode IX that involved Poe, Finn, Rose, the Hutt cartel and our old friend DJ. Specifically, it mentions that the son of Jabba the Hutt, Rotta, is now running the Hutt cartel and somehow DJ has gotten mixed up with the bunch. Its not clear why Finn, Poe and Rose are there but it does say the dinner is disrupted by the First Order and they are forced to flee with DJ. They of course dont trust DJ after his betrayal in The Last Jedi, but Poe sees him as a necessary evil in the fight against the First Order, which brings me to my point.

Weve written before about how the First Order is a much more idealistic group than the Empire ever was. While the Empire often ignored, and sometimes collaborated with, the comings and goings of the syndicates and criminal organizations, the First Order finds them appalling and equally as distasteful as the Resistance. They were permitted to operate under the guise of the Imperial rule, in this new order, they are not. In the specific case of DJ in The Last Jedi, he was simply a means to an end and fell into their laps.

So, if you go by the adage, the enemy of my enemy is my friend then it would make sense if the Resistance, who are horribly outnumbered after Crait, would seek to barter a deal with the Hutts for ships, weapons, hyperspace routes, etc. So let's entertain the idea that this may be true and have a little fun connecting the dots.

In the latest and final issue of Marvels great series, Star Wars Poe Dameron #31, we catch up with the splintered Black Squadron right after the events in The Last Jedi. With most of the squad fighting off the First Order on the planet of Ikkrukk, Poe is feeling helpless aboard the Millennium Falcon taking it out on General Organa. Poe wants the Resistance to help but Organa doesnt want to risk losing the Falcon and remaining dozen fighters for the sake of few pilots. She allows newly promoted Commander Dameron to go on his own but forbids him from using the Falcon, he must make other arrangements.

Well, here's where that leak could be half right. Poe arrives just in time to save Temmin Wexley and Karé Kun who are badly outgunned by the First Order in the air while Jessika Pava and Suralinda Javos struggle on the ground. Poes quick thinking and skills save the day, but it was made possible by his old acquaintance Grakkus the Hutt who lent him the ship he used in the battle. Poe and Grakkus go way back, with Grakkus even appearing in previous issues, and if you know your recent history, youll know that it was Grakkus who helped Poe finally locate Lor San Tekka, the scene from the beginning of The Force Awakens.

This issue takes place after the events in The Last Jedi and presumably around the same time as Abrams Episode IX so is it possible that the leak, while far fetched, perhaps had it half right? Maybe instead of Rotta at the dinner table it was Grakkus and Poe has reached out to him again for help? With the Resistance down to so few members and ships, we know they are actively recruiting other sympathetic systems for help and if the First Order is bad for business, that could mean the syndicates might be willing to lend a ship or two. After all, a return to the time when the New Republic was in charge could mean big bucks for these crime lords.

While certainly Grakkus, and DJ, arent exactly trustworthy, desperate times call for desperate measures and the Resistance cant afford to be choosey when it comes to alliances right now. While far reaching, how cool would it be to have the Hutt's back on the big screen? They've have such an influence on the galaxy over the years, perhaps it's time they played a role in deciding its future.

So, what does everybody think? Could we indeed see Grakkus or is this just all pure speculation and highly unlikely?