Fan of TheForce.net Moe sent in some great shots of his recent build to share with fans!

Being a lifelong Star Wars fan iv always dreamed of owning a piece of the galaxy far, far away. I can remember watching the original trilogy in the 80's and completely falling in love with this exceptional new thing (Star Wars). The story and the characters, machines, ships and Droids were so cool and I remember becoming obsessed with the whole thing especially with the machines, ships and droids. Ive always wanted a toy of any of the Star Wars creations, but I never got one at the time. So now all these years later I am skilled carpenter and artist, and about a year and half ago I was watching the fantastic Return of the Jedi, and when the battle of Endor commenced the scene where the AT-ST enters the battle it was then when I thought to myself...

I could make that, actually I am going to make it.

So I started and its been just over a year and its very close to completion its taken me a lot longer then I hoped it would, but I suffer a lot of neurological issues which affect my building things so and Im extremely happy with it considering. So I finally have my Star Wars toy. I think R2-D2 is next on my radar! 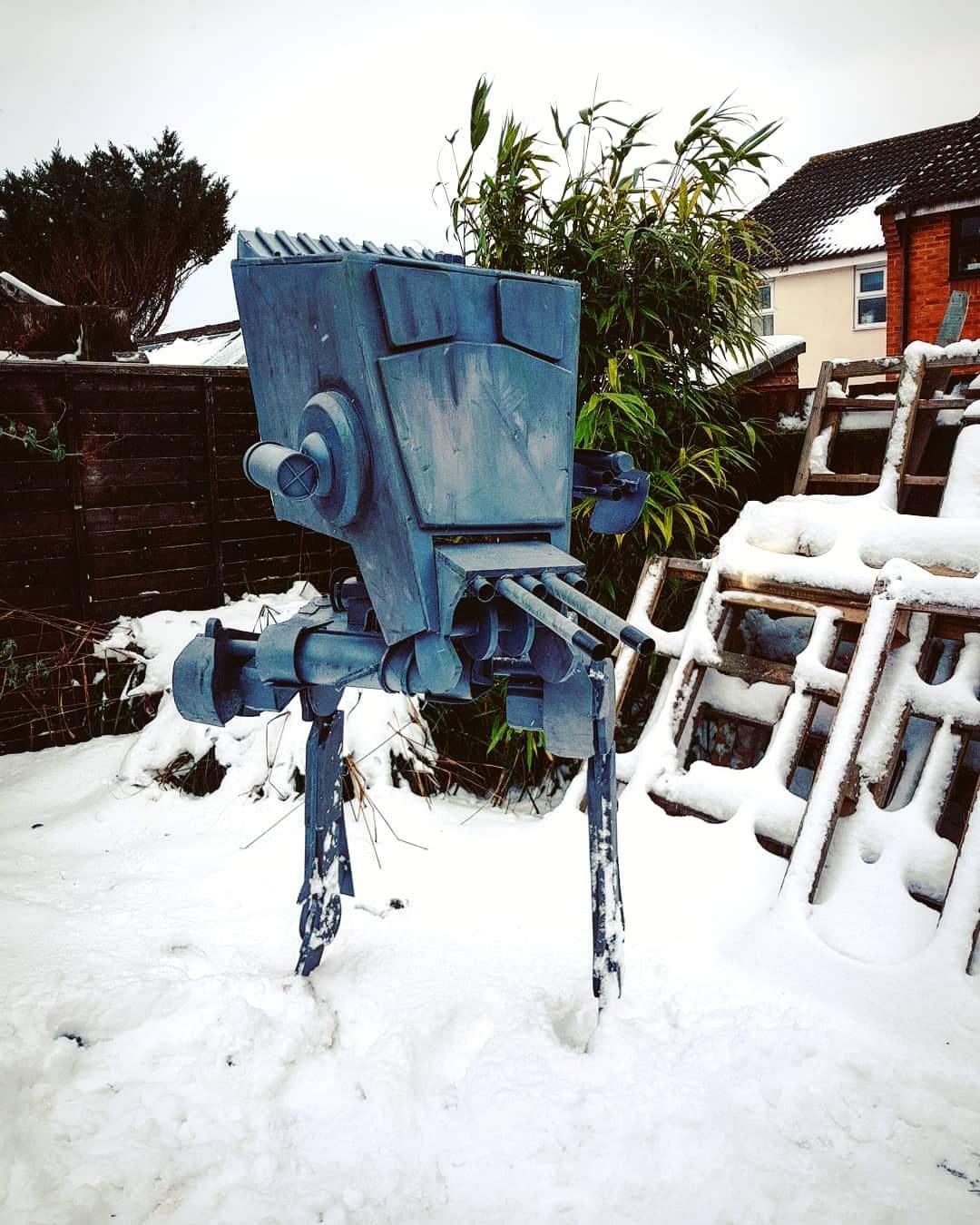 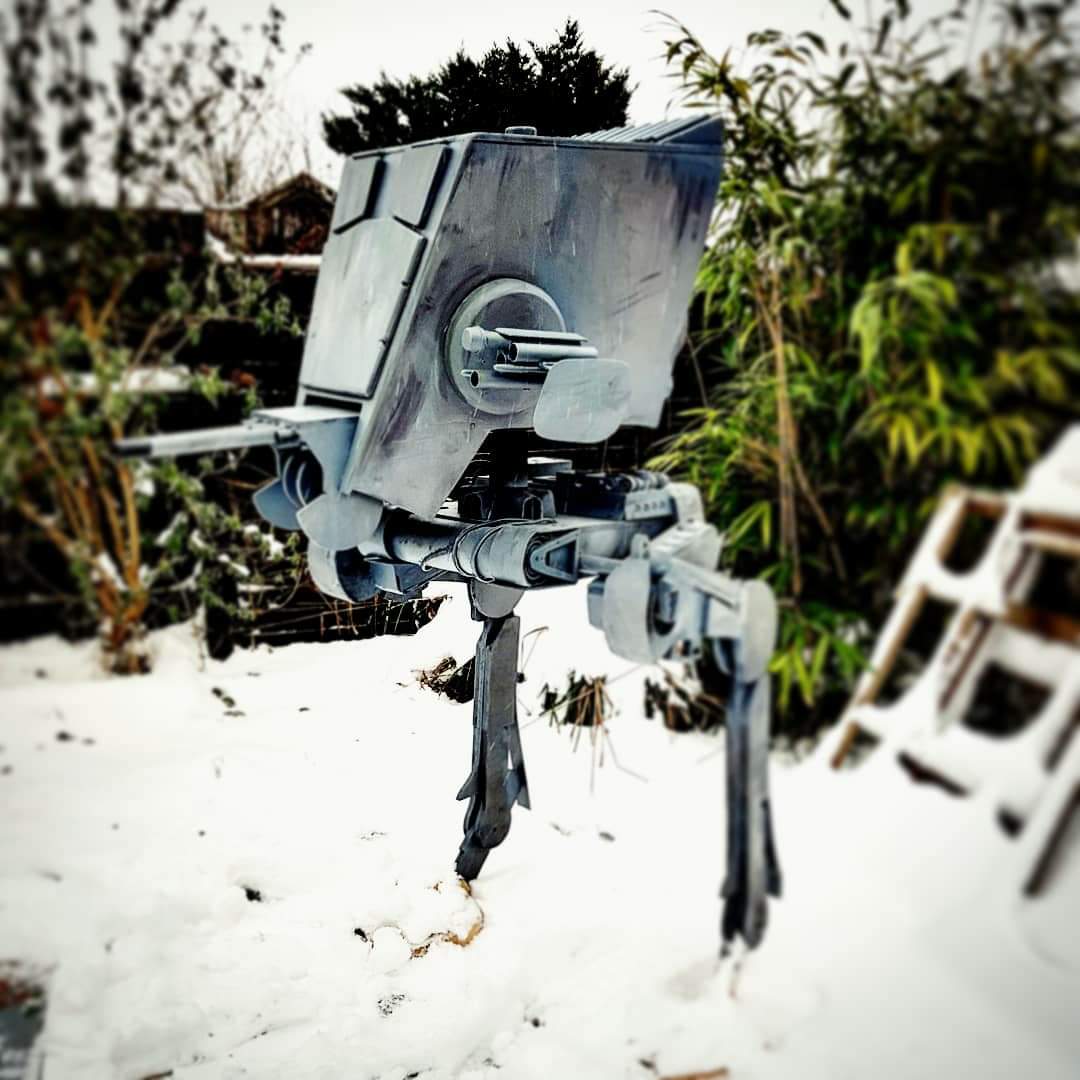 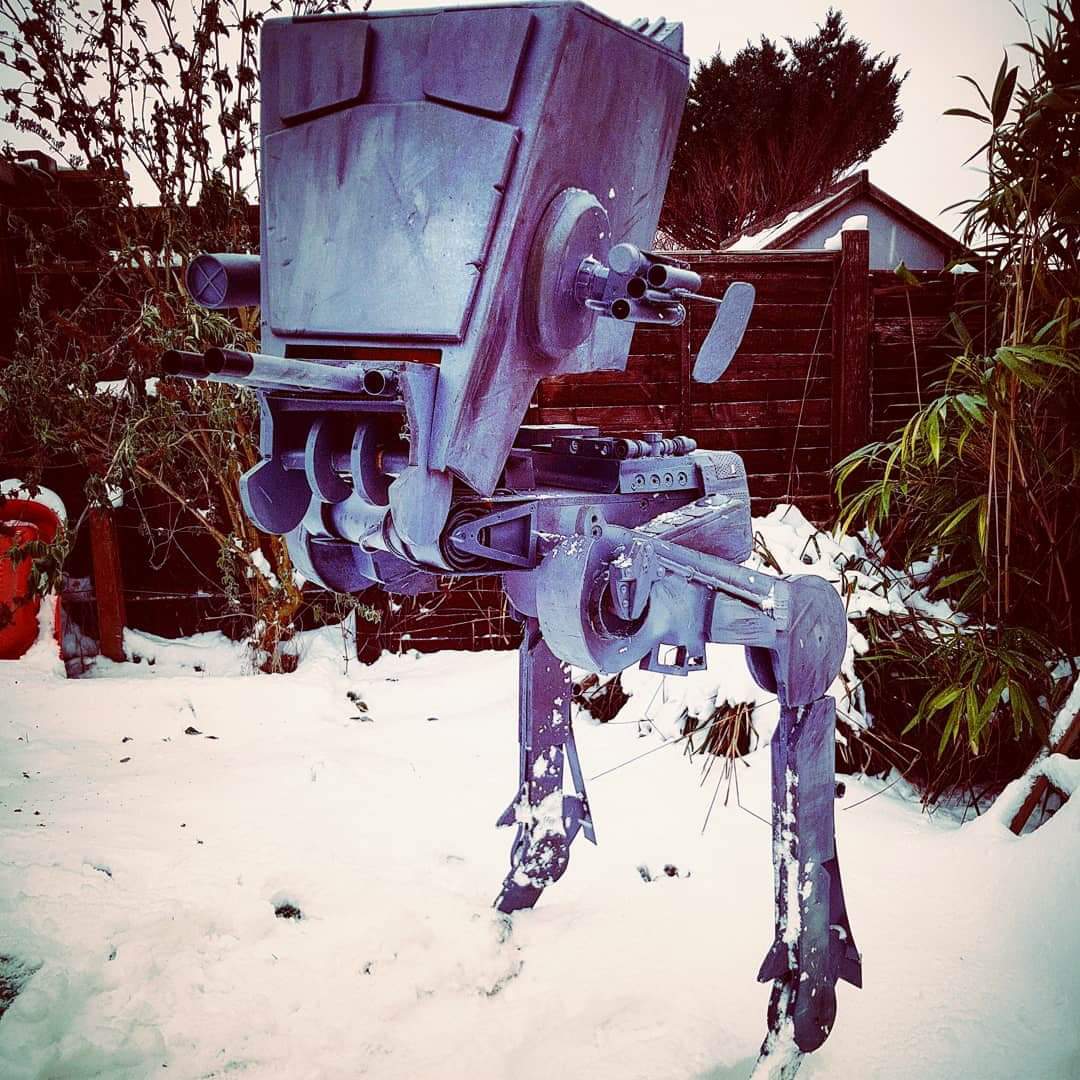