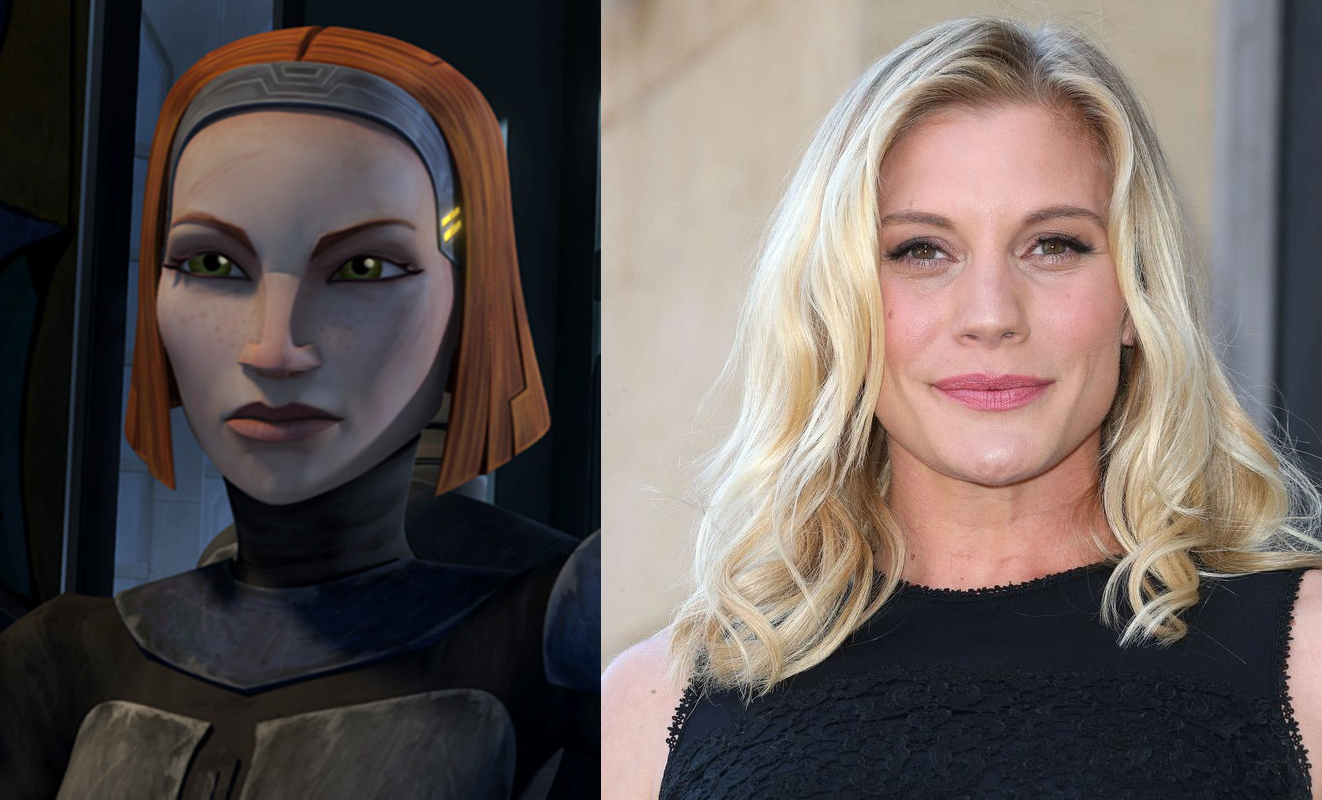 This is something that's been making the rounds since Star Wars Celebration Chicago last year, but Peter Sciretta over at Slashfilm got the confirmation that yes, Katee Sackhoff will appear as a live-action Bo-Katan in Season Two of The Mandalorian...

Battlestar Galactica star and Star Wars veteran Katee Sackhoff is joining The Mandalorian season 2. We have exclusively learned that Sackhoff will be playing a live-action version of Bo-Katan Kryze, a Mandalorian warrior she previously voiced in Dave Filonis animated series Star Wars: The Clone Wars and later Star Wars Rebels.

Although both Lucasfilm and Sackhoffs reps declined to comment, we have confirmed this story with multiple sources. She filmed her role back in February before Hollywood production shut down due to the global coronavirus pandemic.

Katee of course has voiced the character in both The Clone Wars and Star Wars Rebels and is no stranger to live-action sci-fi/fantasy TV roles having played pilot Kara "Starbuck" Thrace in the short-lived but popular Battlestar Galactica.

In the Star Wars timeline, the last time we saw Bo-Katan was in Season 4 of Star Wars Rebels where she held the Darksaber aloft, and had the support of the houses/clans as Mandalore's rightful ruler. But in the final chapter of Season One of The Mandalorian, baddie Moff Gideon had the Darksaber, looking quite comfortable wielding it. I have no doubt, Bo-Katan will have something to say about that!