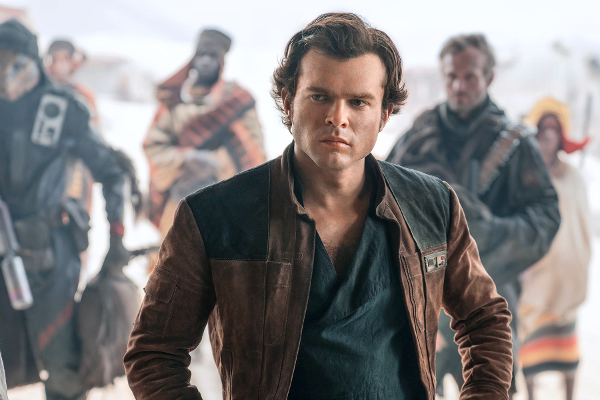 Alden Ehrenreich Speaks About His Role As Young Han Solo

Entertainment Weekly sat down with Alden Ehrenreich recently for his perspective on the iconic character he's portraying in Solo: A Star Wars Story.

ENTERTAINMENT WEEKLY: Ron describes Solo as a film noir/western. Han is a hardscrabble kid trying to make a name for himself in the underworld, but his decency holds him back. That sound about right?

ENTERTAINMENT WEEKLY: Tell me your perspective on it. How would you characterize the journey this character is on?

ALDEN EHRENREICH: I think it tells the story of a young man pursuing a dream to get out of his pretty rough upbringing, and a lot of the story is him trying to make this dream come true and finding out that its a lot harder than he had imagined.

ENTERTAINMENT WEEKLY: He seems like someone who didnt have a lot of people who cared about him at a young age. So he goes through life with shields up.

ALDEN EHRENREICH: Yeah, thats all basically right. One of the fun things about this movie but also one of the things that really shapes him is that it takes place in a real dark underworld of the Star Wars universe.

ALDEN EHRENREICH: Yes, and other planets and environments as well that are tough in different ways.

ENTERTAINMENT WEEKLY: I know you had lunch with Harrison to talk things over.

ALDEN EHRENREICH: Hes great. He is a real gentleman, too.

ENTERTAINMENT WEEKLY: Could share some of what he was able to tell you about playing this character?

ALDEN EHRENREICH: He said a great thing when I met him. Tell them I told you everything you needed to know, and that you cant tell anyone.