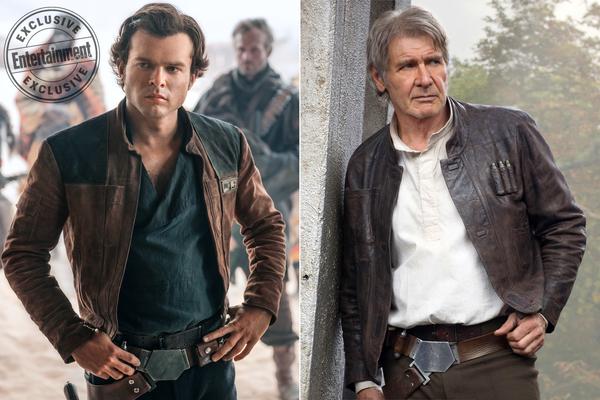 Entertainment Weekly have posted an in depth look into how much Harrison Ford actually influenced Solo: A Star Wars Story, and it is more than you think.

But EW uncovered more intel about Fords involvement from other Star Wars sources who revealed that although the original Han kept a respectful distance, he did provide some vital insights into the character he has lived with, sometimes uncomfortably, for four decades.

Lucasfilm president and Solo producer Kathleen Kennedy, who has known Ford since their Raiders of the Lost Ark days, said she called the actor after his lunch with Ehrenreich.

She had also sent Ford the script, which she said he read and gave a thumbs-up. I think being who is Harrison is, there is no way he would step into the middle of this and start trying to dictate, Kennedy says.

But Ford is a living repository of knowledge about Hans origins. He was the one George Lucas talked to about the characters history and motivations, way back when they brought him to life in the 1977 original.

What [Ford] did so beautifully for Alden was he talked a lot about what he remembered when he first read Star Wars, and what George had done with Han. Who the character was and the conversations he had for so many years with George about how that character developed, Kennedy says. He gave Alden that kind of insight which was invaluable. There were several times in the course of making the movie where Alden would actually recount some of the things that Harrison had pointed out. I think that was really, really helpful to him.

When EW spoke to Ford in 2015 just before the release of The Force Awakens, his hypothetical guidance for the then-unchosen Young Han Solo was delivered with a shrug: I would say, Talk to your director. Watch the movies. And welcome aboard. Make it your own.

How did he feel about someone else picking up the blaster? Ford smiled: I never thought about it.

When Howard took over the project amid the turmoil between Lucasfilm and original directors Phil Lord and Chris Miller, he also sought guidance from Han Solos originator.

It turns out Ford had considered it a lot since then.

Harrisons a very thoughtful actor and an artist, and I wanted to know what he learned about the character, Howard says. He said that Han is always torn between that sense that he was, in a way, an orphan, and therefore both yearned for connection with people and struggled with it at the same time. I thought that was pretty interesting.

Theres revelation No. 1 from Solo: The captain of the Millennium Falcon is just as cut off from his family as Luke and Leia, but he doesnt have the loving surrogate mom and dad they had to give him a safe home. No Aunt Beru and Uncle Owen from Tatooine. No Bail Organa or Queen Breha from Alderaan.

Instead, we will see Han as hardscrabble kid trying to make a name for himself in the underworld. Crime seems like a good living, especially after washing out of the Imperial Flight Academy. Solos goal is to achieve a bit of independence. He doesnt want to rely on anybody. Or owe anyone. (Guess how both of those work out.)

All of this stands as foreshadowing for The Force Awakens, and Solos curmudgeonly offer to make Rey first mate on his ship.