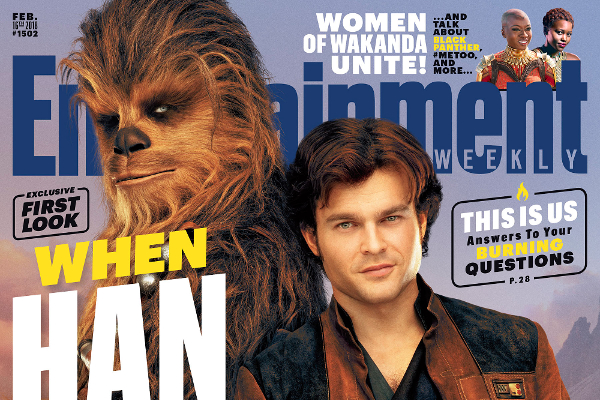 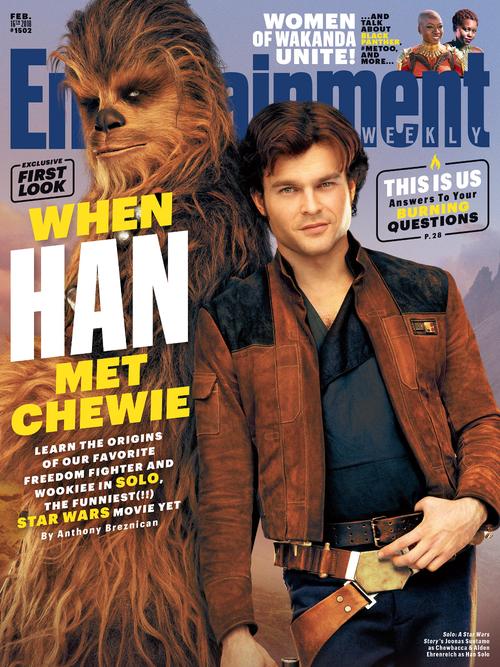 Han Solo just cant help being a good guy  much to his disappointment.

Try as he might to live outside the law, to care about nothing, to embody his loner name, he finds himself inexorably pushed and pulled by the tractor beam of his own decency. Just when you think hes gone forever, he comes back to save the day.

Thats now literally true. Fans saw his journey end in The Force Awakens, but with the stand-alone Solo: A Star Wars Story (out May 25) Han is returning to the fight.

In this weeks issue, Entertainment Weekly expands about the glimpse we got in the two new teasers with revelations about the story and criminal characters that will surround the galactic smuggler.

Alden Ehrenreich is stepping into the cockpit for Harrison Ford, and the story rewinds the chronology to several years before the events of 1977s original Star Wars. The filmmakers describe it as a Western crossed with a film noir, freighted with offbeat humor and set in the criminal underbelly of a galaxy being torn apart.

The Han movie is very Han about its arrival. Its swooping in at the last minute with a first trailer and detailed revelations just a few months before release, and it all comes amid intense internal drama and second-guessing.

Original filmmakers Phil Lord and Chris Miller (The LEGO Movie, 21 Jump Street) parted ways with Lucasfilm over creative clashes that led to obvious upheaval in the midst of production. Oscar-winner Ron Howard, who has followed Star Wars ever since George Lucas first described his plan for it on the set of 1973s American Graffiti, jumped in to pilot the movie home.

With luck and some skill  which Han always counted on in equal measure  this bumpy flight will smooth out in the end.

The Ultimate Guide To Han Solo
Ultimate Co-Pilot Chewie Is Your Very Own Sidekick!
George Lucas Had A Hand In Directing Solo
Alden Ehrenreich Speaks About His Role As Young Han Solo
Nine New Images From Solo In Hi-Res
Does The Han Solo Film Have A Release Date Problem?
New Solo Posters!
Watch The Full Trailer For Solo: A Star Wars Story!
New Solo Toy Leaks!