The Mandalorian, and more specifically, Baby Yoda has taken the internet by storm, giving us some adorable and wonderful Star Wars moments. While many of us were prepared for a new, more mature Star Wars story, filled with awesome action and fights, none of us were prepared for the cuteness of this magnitude! "Sanctuary" continues the success of the previous episodes, and gives us some incredible Star Wars moments, along with more heartwarming moments from our new friend Yiddle. So sit back with your favorite bone broth and take a look at our favorite moments from the latest episode. 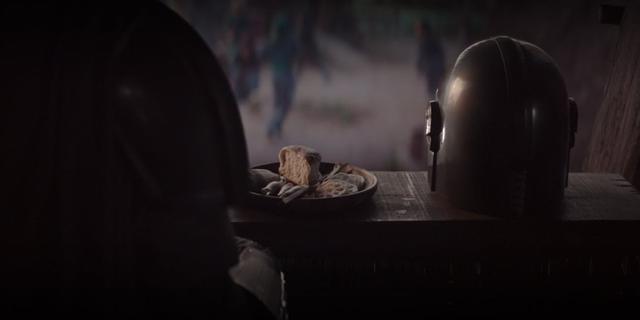 5. The Mandalorian's Helmet Comes Off.

One of the biggest questions that The Mandalorian continues to tease is the reason that the Mandalorian keeps his helmet on him all the time. Throughout all of canon, particularly in The Clone Wars or Star Wars: Rebels, we've seen countless Mandalorians take their helmets on and off and continue to fight. While the audience doesn't get the answer they may have wanted, the answer is fascinating, offers more questions, and gives us a smaller moment.

It provides a little more context on the thought process of our hero, as well as set-up for a moment with Omera later in the episode. Showing us that him taking his helmet off is a big deal, even if the scene does end with him taking it off to eat and watch Yiddle play with the villagers.

"Sanctuary" has a very distinct, old school Kurosawa feel, and is very much in line with the films that inspired George Lucas to make Star Wars. A lone ronin defends a village and his honor by going up against an evil that threatens innocent lives. It's something we've seen before, but it's done so well in this episode, that it works as an homage to those classic films.
One particular moment that I think does an effective job of showing this distinct feel, is Cara and the Mandalorian training the villagers to fight the raiders.

Stop me if you've heard this before, a group of plucky, can-do rebels go up against an enemy that has better weapons and training. It's Star Wars. What I think makes this work so well is that these villagers have no idea what they're doing. With many struggling to carry a spear the right way and can barely hit the backside of a barn with a blaster. In a short amount of time, we see the villagers get better and while they're still a long shot, they have a better chance to fight off the invaders.

On top of seeing these villagers grow, without saying a lot, it shows us that Omera has a past that might be significant. She's the only one who knows how to handle herself with a blaster. Where did she come from and will we see her again?

The scene does a lot in a short amount of time and it's a ton of fun. 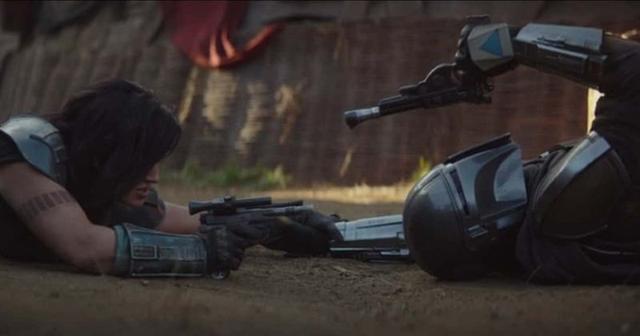 After weeks of waiting for her to make her entrance into The Mandalorian, Cara Dune has arrived, and she is force to be reckoned with.

Hiding out on Sorgon, Cara initially thinks that the Mandalorian is after a bounty on her head and the Mandalorian thinks that she's after Yiddle. After a few stressful minutes, filled with bone broth, and glancing looks, the two warriors finally come to blows and showcase just how powerful Cara Dune is. More than handling herself by tackling the Mandalorian to the ground and generally beating the snot out of him, only for the fight to end in a draw, with blasters drawn at each other. Yiddle cutting the tension by sipping bone broth, and creating a meme in the process.

I mentioned it in my review, but I was impressed with Gina Carano as Cara Dune in this episode, and I think it's because she had such an effective and cool introduction. You feel every punch and tackle and her backstory is interesting, as well as a little mysterious. She's not telling the whole truth about why she left and I can't wait to see more of her in the series. 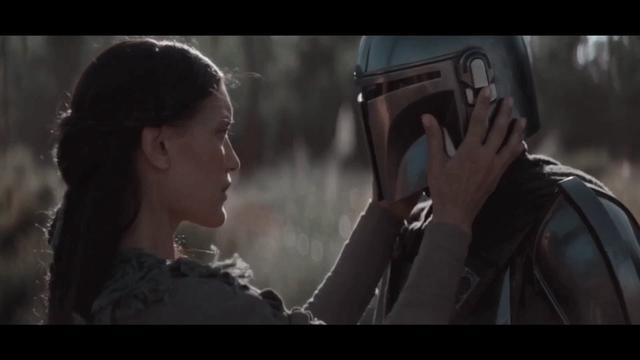 I don't think a single moment in the series has gotten me the closest to crying than the brief moment that I thought they were going to kill Yiddle.

Victorious after defeating the raiders, Cara, the Mandalorian, and Yiddle are living a relatively peaceful life on Sorgon, filled with blue crustaceans, friends to play with for Yiddle, and a beautiful widow for the Mandalorian. Life is good for everyone, so good that you begin to wonder why they all don't just stay here.

Just as he pushes her hand off the helmet we see Yiddle in the bounty hunter's crosshairs, followed shortly by a blaster bolt, and for the briefest moment of dread, we think that he's killed our green friend. Thankfully Cara Dune saves the day, and our tread is gone.

This sequence has a little bit of everything, from the warm and fuzzy feeling that the Mandalorian and Yiddle might find a home, to the tear-inducing dread that they are going to kill him. You feel so many emotions in a short amount of time and you end the episode on a sad note, as the villagers say goodbye to Yiddle, the little Yoda lookalike looks incredibly sad. It's a sour note to leave the episode on, but one that shows we shouldn't get too comfortable wherever our heroes end up. 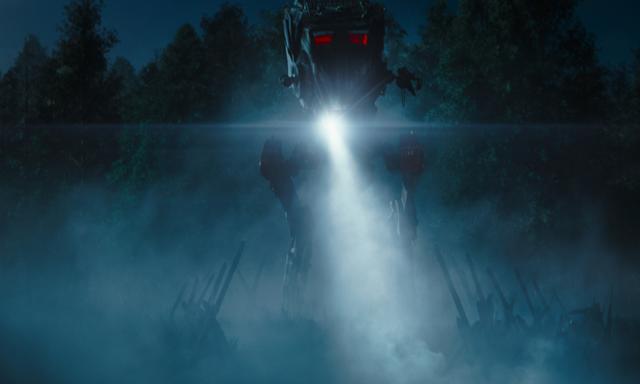 While this episode was really heavy on the smaller, more intimate moments, I still think the standout moment of the episode is the villagers defeating the raiders and taking down an AT-ST.

I've always felt like the AT-ST in other Star Wars films was a little underwhelming, and while they are certainly a strong weapon in the arsenal of the Empire, cuddly teddy bears can take them down. They've never felt as scary as an AT-AT and while that's still the case, I think the raider's AT-ST is the scariest and most menacing iteration of the imperial walker. Peering its glaring red eyes through the darkness, from moment one, you feel the power not just the walker, but the raiders.

After Cara and the Mandalorian attack the raider's camp, and lead the walker into trap, the AT-ST stops just short of springing the trap and instead calls the other raiders to attack the village. After their training, the villagers hold their own against the invaders and fight fiercely for their home.

The standout moment of the entire sequence is without a doubt Cara Dune almost single-handily taking down the AT-ST with the help of the Mandalorian's pulse rifle. Pinned down, and trying to take down the walker, she tries time and time again to get one good shot through the eye. Finally, she gets one good shot and the walker falls into the trap the villagers laid for them. The Mandalorian finishes the job, with an explosive into the walker, and the raiders leave defeated, seemingly never to return.

While it's nothing new, it's an exciting set-piece that once again shows how formidable Cara Dune and the Mandalorian are, hopefully leading to more adventures for the two down the road.

How did we do? Did any of these moments make your list? If not what did we miss? Let us know in the comments below!