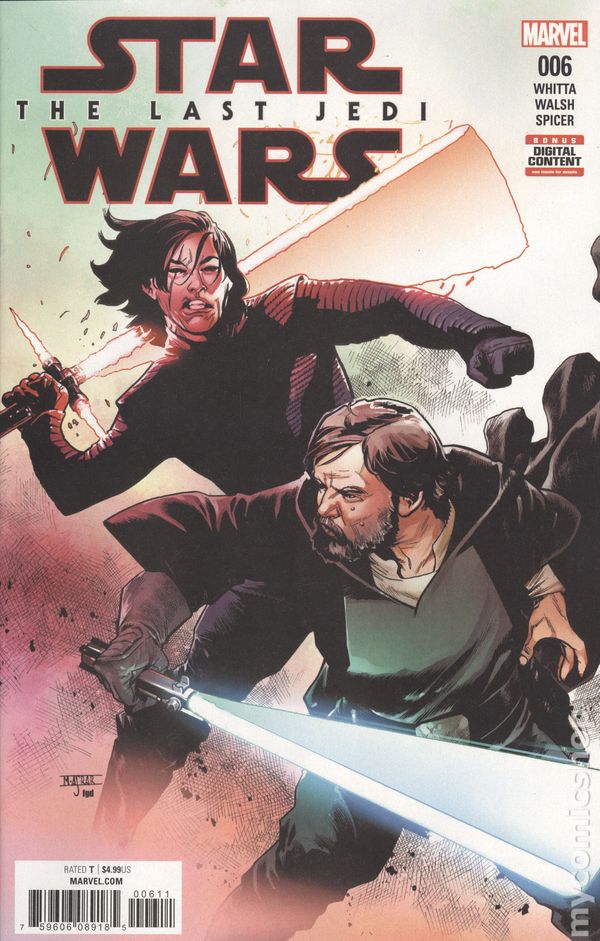 In the sixth and final issue of the fantastic Marvel Star Wars: The Last Jedi adaptation, we learn what Luke Skywalkers actual final thoughts were before dematerializing into nothingness. If you remember the scene near the end of Rian Johnsons Episode VIII, Luke had just used up all of his Force energy creating a manifestation of himself on Ahch-To and seemingly dying because of it.

By doing so, he was able to distract Kylo Ren and the First Order long enough to allow the Resistance an opportunity to escape, and live to fight another day; the down side of course was it killed him. In the film Luke, who is sitting cross legged staring at twin setting suns on Ahch-To, takes one last look at the horizon and vanishes, becoming one with the Force. Its a beautiful scene visually to be sure and that familiar John Williams score really seals the deal, but its quietness is deafening as Luke doesnt utter a single word.

Now, thanks to writer Gary Whitta and artists Michael Walsh and Josh Hixson, we know what went through Lukes mind just before the end with these panels 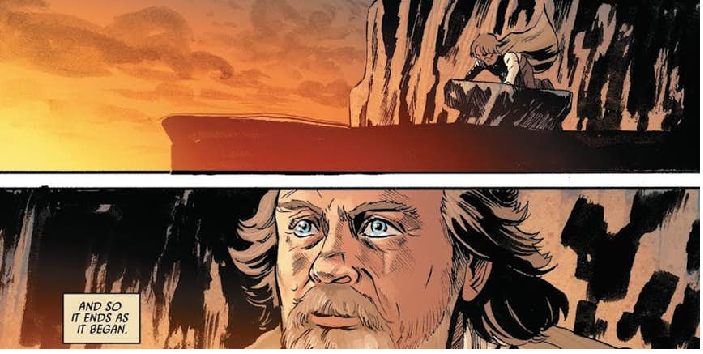 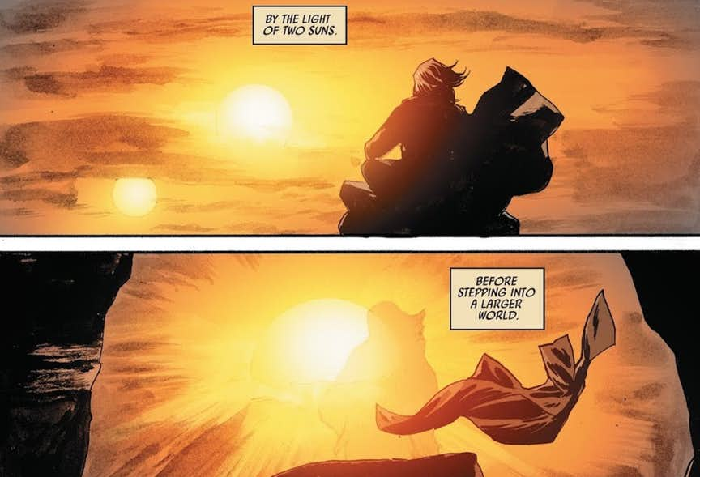 In a short series that has offered us many, many gifts, this is perhaps the greatest. Not only does it bookend the events on Tatooine all those years ago but its also a strong indication that this isnt the last weve seen of this fallen Jedi. Clearly becoming one with the Force was something Luke knew would happen ahead of his sacrifice so by choosing this path and uttering these words, we know Luke Skywalker will join previous fallen knights like Yoda, Obi-Wan Kenobi and Qui-Gon Jinn.

How much well see of Ghost Luke in J.J. Abrams Episode IX remains to be seen.