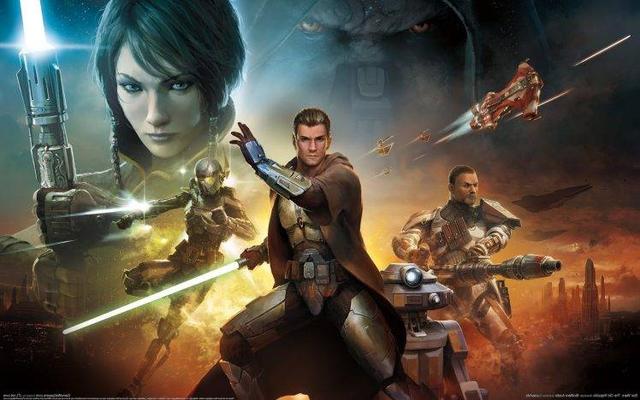 RUMOR: Has The Next Era Of Star Wars Films Been Revealed?

Warning! Take this with a grain of salt, this is just a rumor right now.

The Rise of Skywalker hasn't even been out a month yet, but we might just have an idea of where a future Star Wars series might take us.

According to Jason Ward of Making Star Wars, the next slate of films will explore the High Republic era of the galaxy. What exactly does that mean? Well heres what Ward has to say...

Sources are saying the next Star Wars Saga is going to take place during an era called The High Republic era. It sounds like the setting is 400 years before the Skywalker Saga. This new saga is set during a time that the Siths Rule of Two has been established by Darth Bane, and Yoda is a Jedi but isnt the old Jedi we know from the Skywalker era.

As a fan of the Old Republic, this new era sounds really exciting. I know they're completely different, but either way, it's centuries away from what we've seen in the Skywalker Saga. Enriching the already rich history of Star Wars.

Jason also mentions that this is the Star Wars story that Benioff and Weiss were working on before they left the project. With Lucasfilm trying to capture that same magic that people loved about Game of Thrones.

The article also elaborates on what type of structure we can expect and that it might not be a trilogy format, something Star Wars has been known for...

These new films will not make up a trilogy but rather a series of films which will be released in the same story era and interconnectThis method of storytelling was supposed to apply to the A Star Wars Story films, but they never got a chance to interconnect the two stories that they told with more material.

If this is true, I am 100% on board. Having a set trilogy can be a bit limiting when youre telling the grand stories Star Wars has always tried to tell. It almost sounds like theyre going for more of an MCU approach where each story, while part of a larger overall narrative, will be able to stand on its own.

Finally, Ward backs up a previous story by ziro.hu about the role Project Luminous may have in the new series.

If that scoop on Project Luminous is accurate, thats incredibly surprising and really exciting. When I first heard about the project, I got the feeling it involved the 40th anniversary of The Empire Strikes Back. With so many talented authors involved, I just assumed it was something similar to "From A Certain Point of View".

A new video game and stories from some of my favorite Star Wars authors, centered on this new time period is even more exciting!

All in all, I think this rumor has a lot to it. Jason Ward has a pretty good track record with rumors and leaks and I think the story makes sense.

The High Republic appears to be a rich and interesting era to explore and hopefully, we'll hear more soon.

Take a look at the article here!