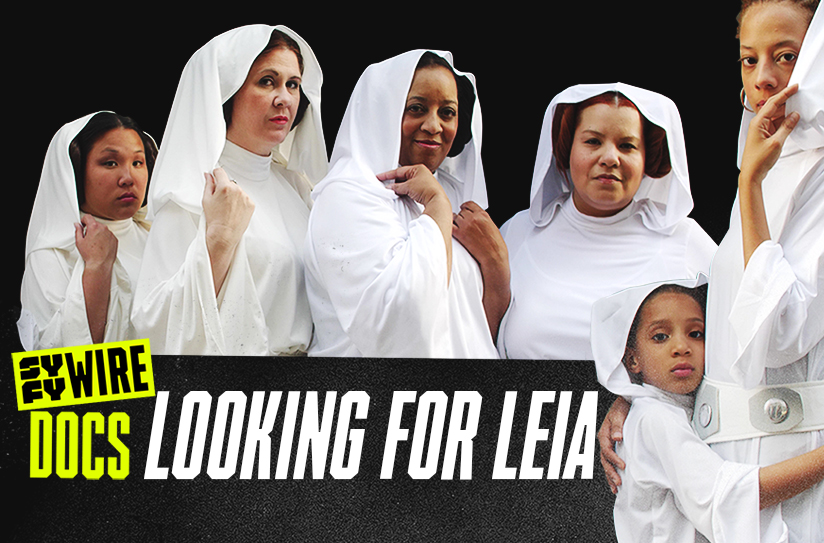 Looking For Leia Coming To SYFY This Saturday

Man, it's been a long time coming!

LOOKING FOR LEIA is a seven part docu-series about women as well as non-binary fans who found identity, connection, and purpose in their love of the galaxy far, far away.

Following a much-buzzed about and highly successful DragonCon sneak peek this past year, SYFY Wire acquired the 7-episode series from independent filmmaker and creator Annalise Ophelian!

In 10-15 minute episodes, LOOKING FOR LEIA tells the stories of women as well as non-binary fans who have been forever changed by the Star Wars franchise, including:

How We Carrie On -- From her on-screen creation of one of films most iconic heroines to her off-screen work as an author and mental health advocate, Carrie Fisher made an indelible impact on generations of fans. Oaxaca-based Bárbara Lazcano talks about the significance of Fisher and shares how the Princess-turned-General character inspired her career and lifelong family memories. [This episode will also air on the SYFY network on 12/21]

What We Build -- Star Wars fans are among some of the most passionate builders and makers. Meet Naila Browne, Psy Delacy, and Christina Cato -- three women with no previous building experience who immersed themselves in 3D printing and coding to build fully functional droids. [This episode will also air on the SYFY network on 12/21]

Where We See Ourselves -- What happens when under-represented fans see themselves on screen? Tansura Thomas talks about being a non-binary cosplayer; SYFY Wire contributing editors Preeti Chhibber and Swapna Krishna discuss the significance of representation in media; and documentary photographer Rhynna Santos shares her portrait projects centered on plus size fans and fans of color.

More Than the Basement -- Authors Cecil Castellucci, Preeti Chhibber, Bonnie Burton and Tracy Deonn share their experiences of having their fandom questioned and subjected to testing, and how their love of Star Wars goes beyond the screen and into their daily lives through fashion, art, jewelry, and crafts.

The Stories We Tell -- Before Twitter and Tumblr, early fandom was written and recorded in fanzines. Writer, artist and publisher Maggie Nowakowska takes us on a tour of her extensive print fanzine collection, and describes how fandom helped shape 40 years of community.

What We Preserve -- In 2013, Star Wars: A New Hope became the first major motion picture to be translated into Diné, as a Navajo language preservation effort. Voice actors Clarissa Yazzie (Princess Leia) and Geri Hongeva (C3PO) join translator Jennifer Wheeler to describe the process and impact of the project.

Be sure to catch the multiplatform debut on Saturday, December 21. All seven episodes will be available on SYFY.com, VOD, YouTube and NBCU's OneApp, with two episodes airing back-to-back on the SYFY television network at 11/10c.

For more information on the show and its creators, go to LookingForLeia.com!

For more information on SYFY, show times, and available platforms, go to SYFY.com