It's Her Universe At New York Comic Con 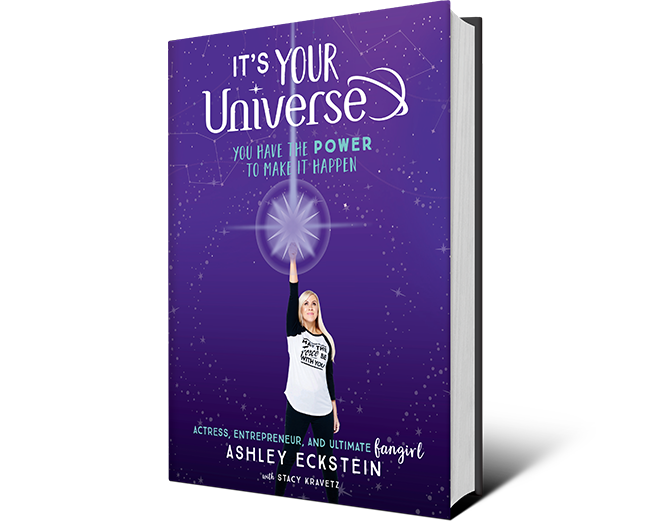 We had a chance to speak with a very busy Ashley Eckstein at New York Comic Con as she was there to host panels, sign autographs, meet with fans and celebrate the huge success of her first book, Its Her Universe

Tough to argue with the fact that Ashley has had as much of an impact on this current age of Star Wars fandom than just about anybody else. One quick look around at any convention, into an endless sea of Ahsoka Tano lookalikes, cosplayers and products will tell you that character has reached legendary status, even surpassing many of the original trilogy figures. And theres absolutely no question Ashley is a big reason why. Her voice work, passion for the character and continued powerful support of women in Star Wars is inspiring and a force unto itself.

Shes of course turned that passion into a very successful clothing line called Her Universe and is now able to call herself an author with the release of her equally successful book, Its Your Universe, which hit shelves earlier this year.

Up close and in person, Ashley is literally a bright shining light and you cant help but feel inspired after being in her presence. Shes remarkably unpretentiousness and with her, what you see is what you get. Even when I pushed her to be a little self-congratulatory after her great success, she went into modesty mode

The proudest moment for me is just hearing from the fans. Ive had ten years of stories now from fans where Ive had the chance to watch them grow up, watch their dreams come true, to watch their lives change. I genuinely mean it when I say I want to hear your stories, hear updates, hear your dreams and aspirations. To follow along with these peoples lives who many I consider friends now, all over the world, makes me so proud.

Even when pushed about which aspect of her career has meant the most or what she's most proud of, Ashley couldnt help but go into what Im now calling Ashley mode

Its funny, Star Wars changed my life and my perspective. I realized early on that being an actress and being the voice of Ahsoka wasnt about me, it was about helping others. I view the book as the means to help people. For me every book sold hopefully means one dream being accomplished so when I hear about peoples dreams have come true, that means more to me than anything I could do. Ahsoka taught me that, transformed my life and allowed me to help other people.

A proud supporter of other women in the Star Wars family, she also hosted the Star Wars: Women of the Galaxy panel the other night where we celebrated the release of Amy Ratcliffes new book of the same name. It seems shes happily and very willingly accepted her role as Star Wars ambassador, something she happens to be very good at.

As for whats next? She dropped this little tidbit for us Clone Wars fans

I hope so! I hope this is the first of many but Im hard at work right now on The Clone Wars, so Im focused on that!