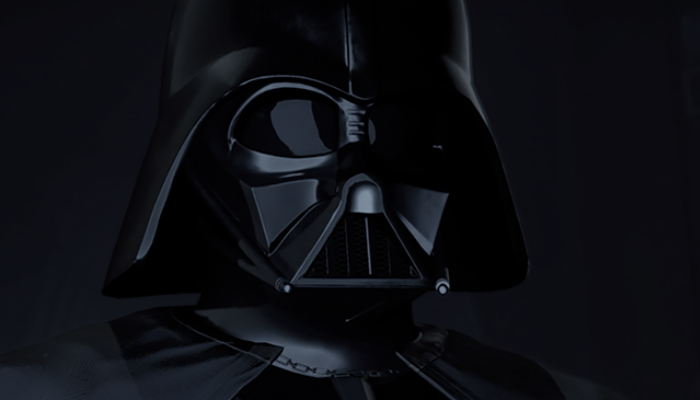 ILMxLABs has dropped huge news today, giving us a first look at their latest Star Wars VR project. In conjunction with Oculus Quest and Unreal Engine, Lucasfilm is stepping up their VR game in a big way with this release written by David S. Goyer (The Dark Knight). The cost is expected to be around the $400 mark and should arrive late next year. Here's what Lucasfilm President Kathleen Kennedy had to say...

We always look for opportunities to explore the Star Wars universe in new ways, said Kathleen Kennedy, president of Lucasfilm. ILMxLAB is very excited to be working with David S. Goyer on a first-of-its-kind Star Wars experience which allows fans to travel to Darth Vaders fiery, lava-ridden fortress and wield a lightsaber on his home turf."

Here's part of the official release...

The 3-part series, written by David S. Goyer, is coming to Oculus Quest in 2019

Darth Vader: we know him as the galaxys most infamous villain whose mere breathing can spread terror across an entire universe. A blend of advanced technology and moral decay, his power is unrivaled. Vaders death is, of course, famous to fans all over the world  but theres still much to be told about his life.

Today, we are excited to announce our latest immersive experience, Vader Immortal: A Star Wars VR Series, coming to Oculus Quest in 2019. ILMxLAB Executive in Charge Vicki Dobbs Beck, and David S. Goyer, writer and executive producer of Vader Immortal, revealed the first details onstage at Oculus Connect 5, including a teaser trailer and our collaboration with Oculus.

The series takes place on the lava planet Mustafar between Revenge of the Sith and A New Hope, and features a unique combination of immersive cinematic storytelling and dramatic interactive play. Youll go inside Vaders fortress, first seen in Rogue One: A Star Wars Story, which is set in the fiery wasteland the Sith Lord calls home.

Watch the trailer below and read the full details on ILMxLAB.com.