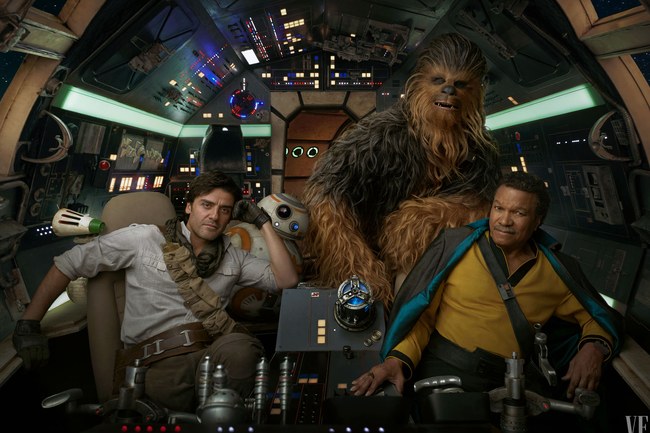 Behind The Scenes Of Star Wars: The Rise Of Skywalker

Vanity Fair does it again with a complete issue dedicated to the upcoming final installment in the Star Wars Saga. Lev Grossman talks to J.J. Abrams while Annie Leibovitz snaps image after beautiful image, capturing the essence that is Star Wars. Below is an exclusive on set video, then a brief snippet of the article.

Star Wars: The Rise of Skywalker, The Ultimate Preview

Theres a desert valley in southern Jordan called Wadi Rum, or sometimes the Valley of the Moon. There are stone inscriptions in Wadi Rum that are more than 2,000 years old. Lawrence of Arabia passed through there during the Arab Revolt against the Ottoman Empire. More recently, J. J. Abrams went there to film parts of the latest Star Wars movie, The Rise of Skywalker, because its largely uninhabited and starkly beautiful and looks plausibly alien, and one of the things that has always made the Star Wars movies feel so realas if they had a real life of their own that continues on out beyond the edges of the screenis the way theyre shot on location, with as few digital effects as possible. George Lucas shot the Tatooine scenes from A New Hope in southern Tunisia. For Skywalker, its Wadi Rum.

They dont do it that way because its easy. Abrams and his crew had to build miles of road into the desert. They basically had to set up a small town out there, populated by the cast and extras and crewthe creature-effects department alone had 70 people. The Jordanian military got involved. The Jordanian royal family got involved. There was sand. There were sandstorms, when all you could do was take cover and huddle in your tent andif youre John Boyega, who plays the ex-Stormtrooper Finnlisten to reggae.

But in a way thats the whole point: youre out there so the world can get up in your grill and make its presence felt on film. Its the things that you cant anticipatethe imperfections, says Oscar Isaac, who plays the Resistance pilot Poe Dameron. Its very difficult to design imperfection, and the imperfections that you have in these environments immediately create a sense of authenticity. You just believe it more. When Isaac arrived in Wadi Rum for his first week of shooting, Abrams had set up a massive greenscreen in the middle of the desert. And I was like, J. J., can I ask you a question? I notice were shooting on greenscreen. And hes like, So why the hell are we in the desert? And Im like, Yeah! And he said, Well, because look: the way that the sand interacts with the light, and the type of shots you would set upif you were designing the shot on a computer you would never even think to do that. Theres something about the way that the light and the environment and everything plays together. Its that something, the presence and the details and the analog imperfections of a real nondigital place, that makes Star Wars so powerful.

It was powerful enough to bring 65,000 people to Chicago in April for Star Wars Celebration, a fan convention where you could see a giant Stormtrooper head made out of 36,440 tiny Lego Stormtrooper mini-figures, which is a world record of some kind, though Im not sure exactly what, and where people were dressed up as Muppets who were themselves dressed up as Star Wars characters. But the main event was the launch of the trailer for The Rise of Skywalker, which was held in a 10,000-seat arena and was such a big deal that even though the trailer was going to be released on the Internet literally seconds after it was over, Ian at least theoretically respectable member of the mediawas not only tagged, wristbanded, escorted, and metal-detected, but sniffed by a K-9 unit before I could go in.

Click here for the full read and sooooo many more pictures!

Here's are the two cover variants for the Vanity Fair Star Wars: The Rise Of Skywalker issue. 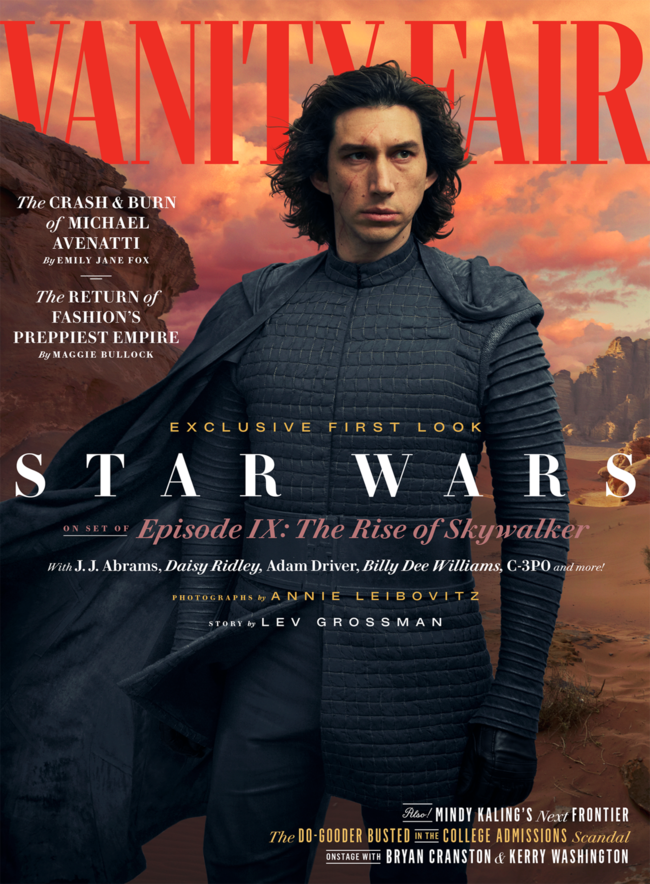 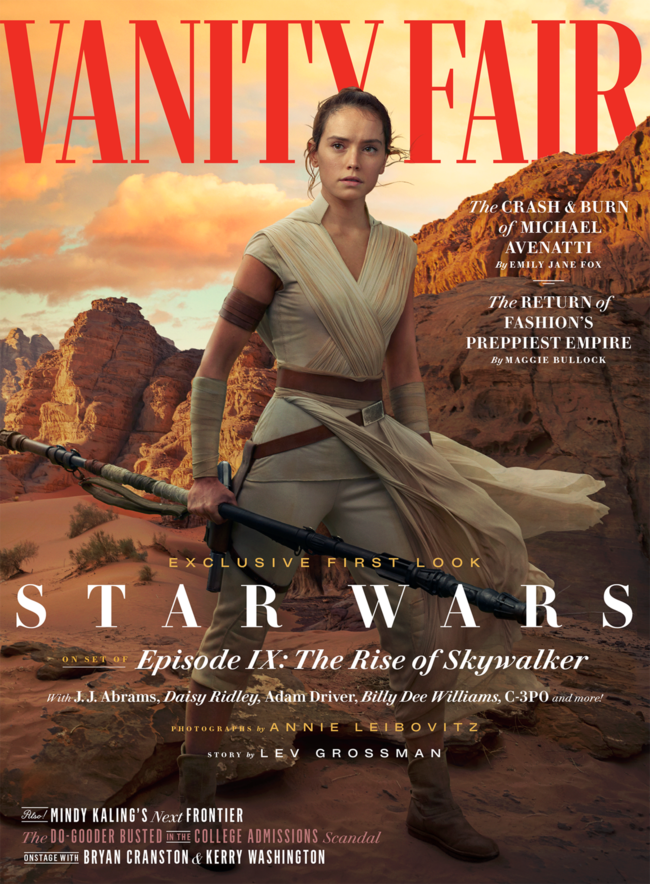 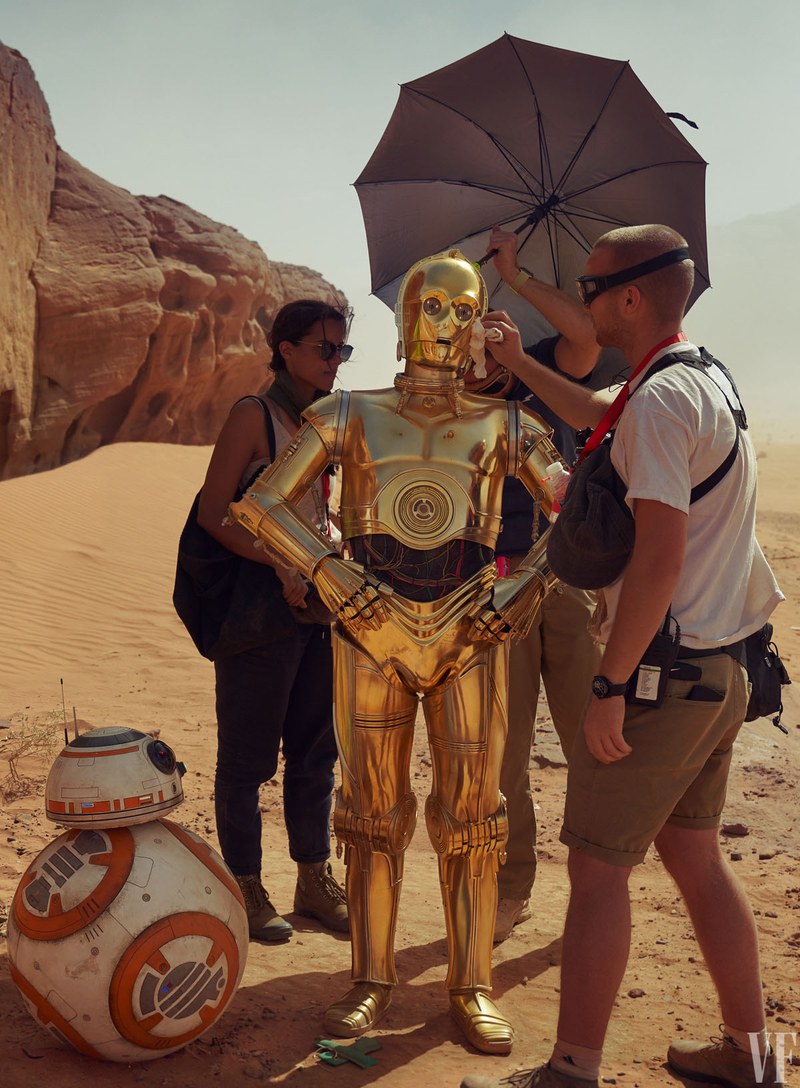 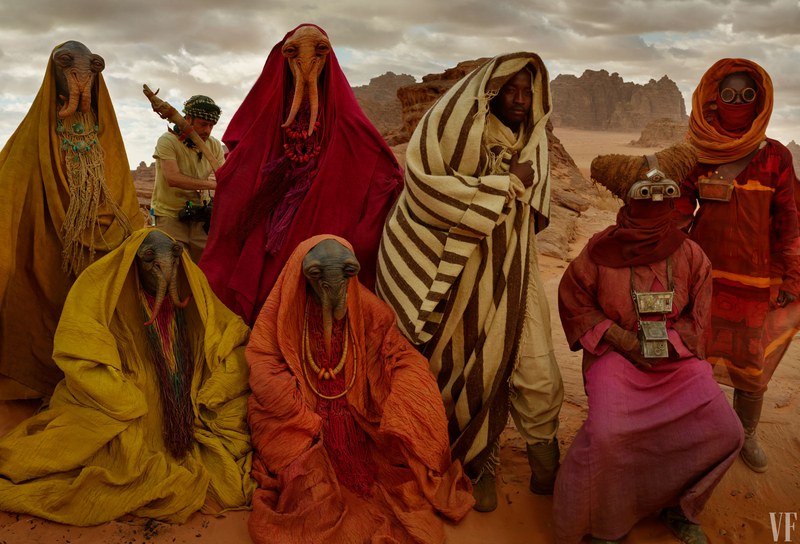 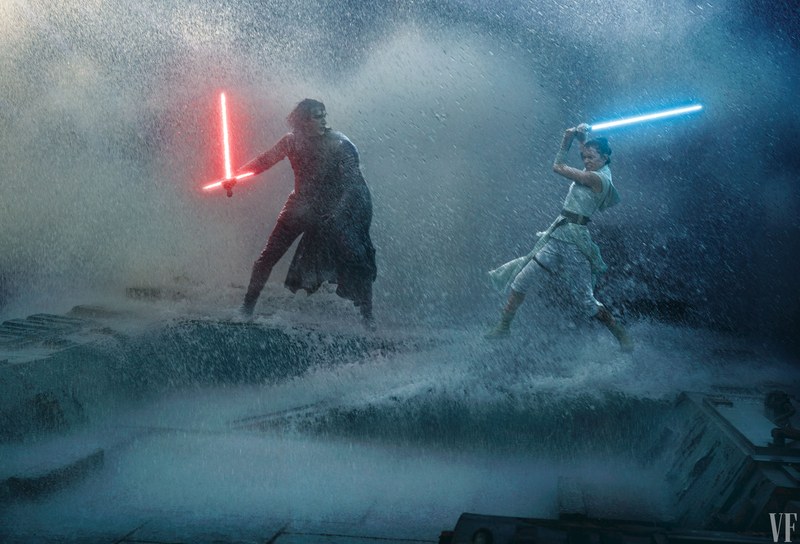 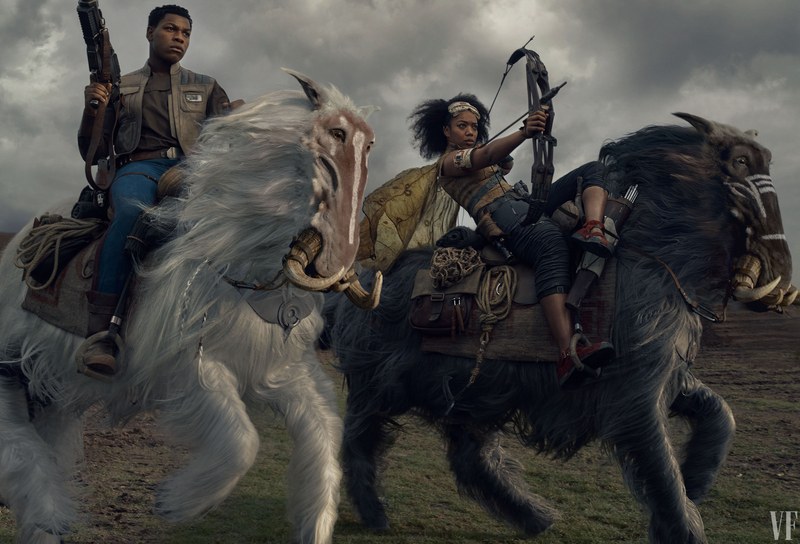 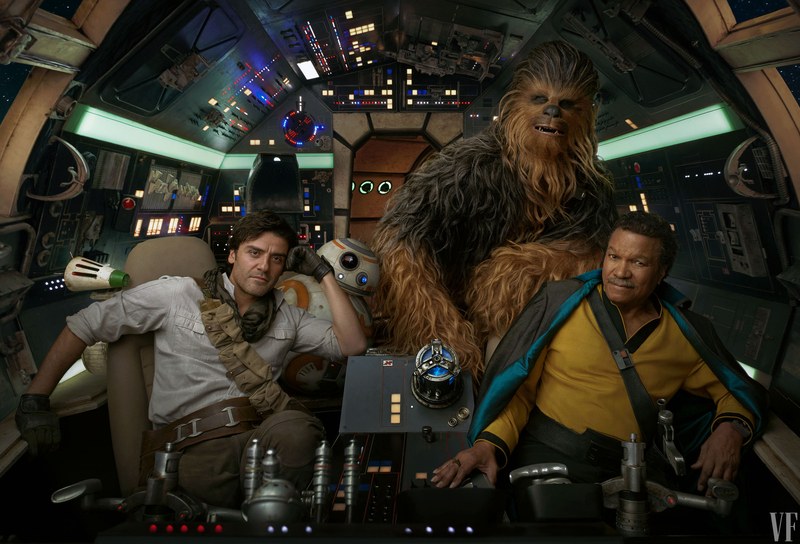 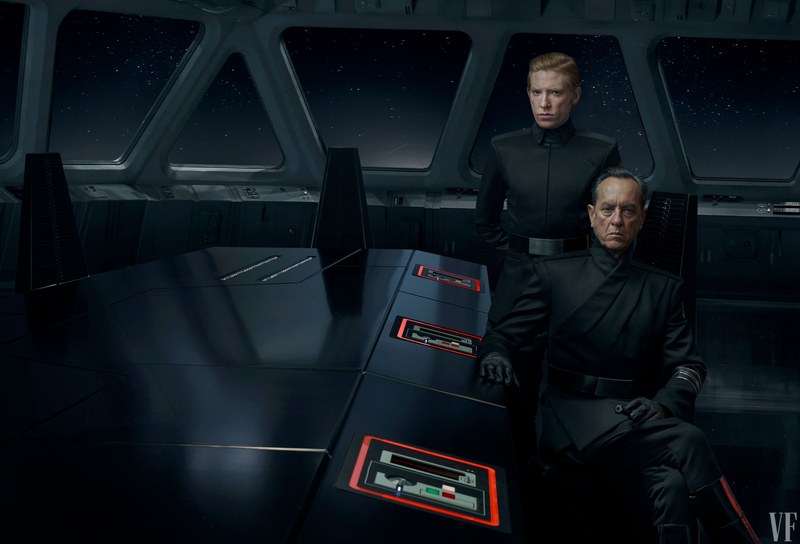 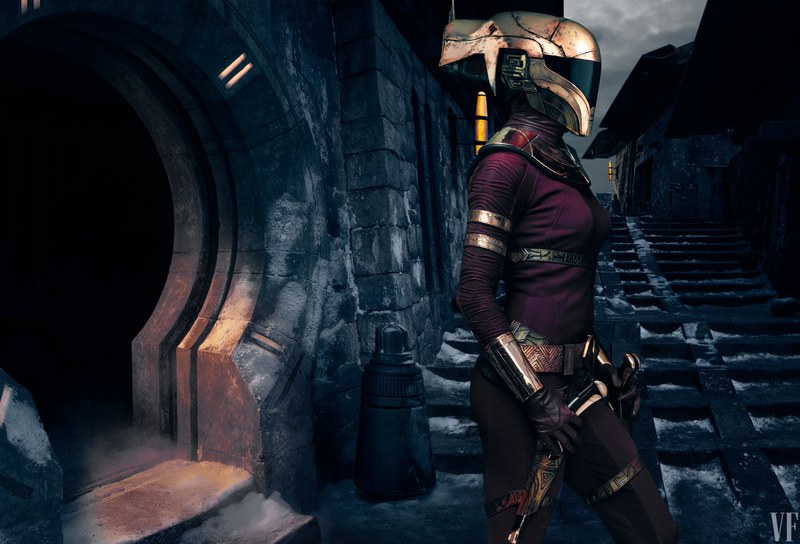 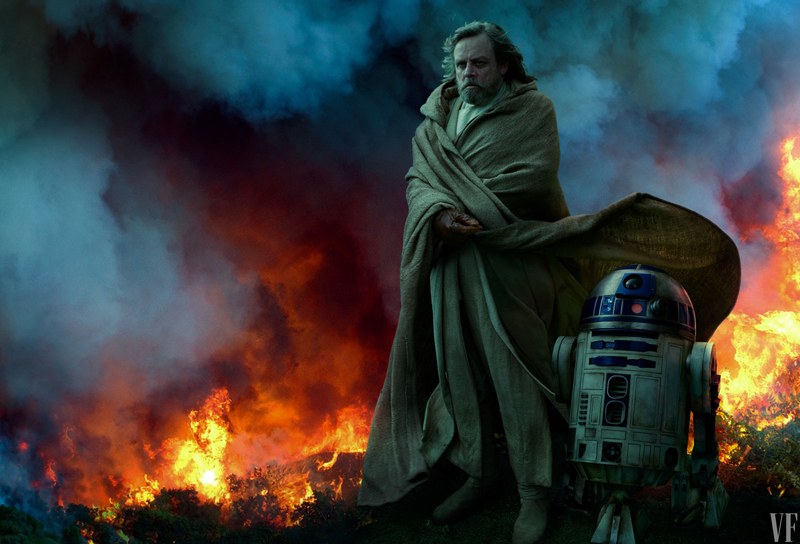 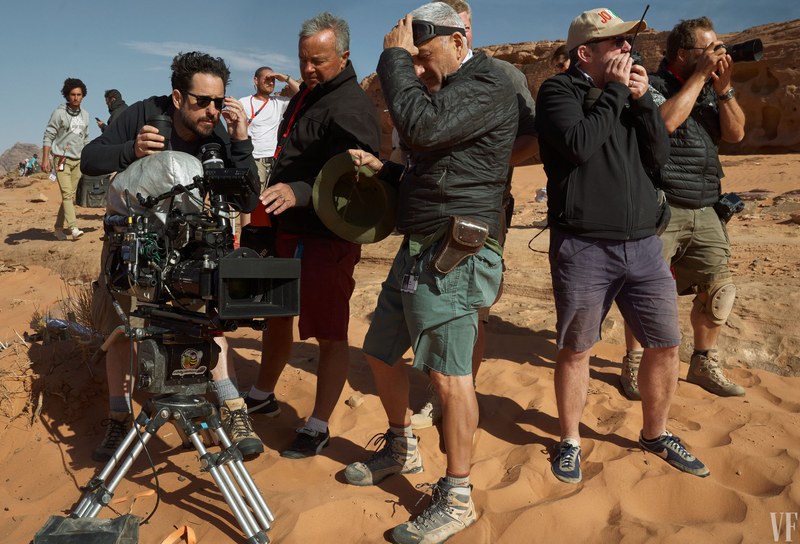 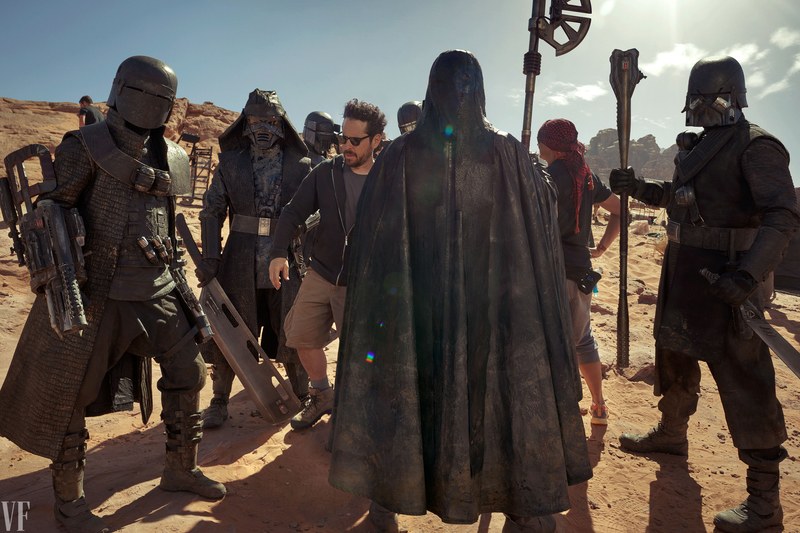