What If Solo: A Star Wars Story Is Actually Great?

It was announced today that Solo: A Star Wars Story will premiere at the 2018 Cannes Film Festival on May 15, the first Star Wars film to do so since 2005s Revenge of the Sith. Other than the fact that George Lucas was still running things back then, we find ourselves in an oddly familiar situation as we approach the release of Solo with expectations being downright gloomy in some circles.

With the divide over The Last Jedi still very much alive and well for some there is an interesting possibility that exists when Solo premieres later on May 25. What if, despite all the behind the scenes drama and persistent rumors, it succeeds on all levels and is wholly embraced by both critics and fans alike? What if it earns more money at the box office than what is being projected and isnt the flop many are predicting and some hoping?

What will that say about the passionate dispositions of fans who for the last four months have defended The Last Jedi and could now face a wave of self-righteousness? How could the success of Solo affect the greater Star Wars film universe, if at all? Like all things Star Wars, its a discussion worth having so lets have it. 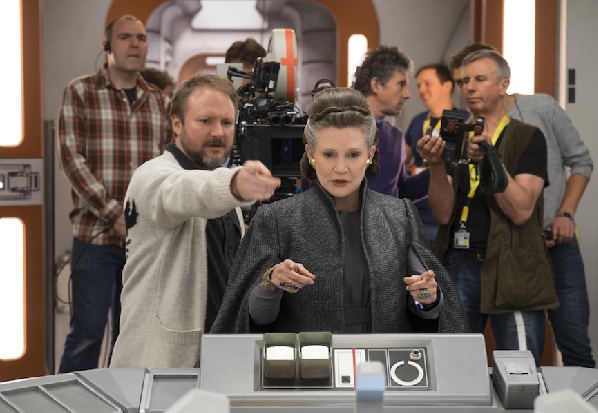 If your argument that The Last Jedi succeeded because it was a new form of Star Wars storytelling whose intention was to expand our world view and challenged what it meant to be a Star Wars fan, to challenge our belief system, then what happens to that validation if Solo succeeds for the exact opposite reasons? Normally, in a sybaritic world, nothing would happen. We would all be happy and carry on with our lives, but these arent symbiotic times we live in, certainly not in the Star Wars universe anyways. No, theres a good chance youll have to dig in your heels and defend your position once more as a new wave of depositions and testimonials pour in online crying foul once more asking for Rian Johnsons head.

Ever since Disney purchased Lucasfilm in 2012 there has been a clear line drawn in the sand, two camps if you will, where some Star Wars fans have wanted nothing more than to see the failure of this new Disney-era canon universe and death to those involved. One trip to the message boards or comment section of any Star Wars related article will tell you that. It takes thick skin, a steely nerve and a strong sense of rectitude to wade through that muck. But its there and is often the loudest voice in the room. And there's no question the unflinching nature of the debate over The Last Jedi's merits is unparalleled, even by today's Star Wars standards the two sides seem further apart and more resolute than ever.

As a lifelong Star Wars fan and one who has embraced this new generation of storytellers and storytelling, I always wish nothing but the best for the latest project whether it be film, TV, novels or comic books. More times than not, my faith in those who hold the top positions at Lucasfilm has been rewarded time and time again. The Last Jedi was a quality Star Wars film that had something for everyone that went far beyond lip service at times. It had enough historical context to the please the cynics but the kept the momentum clearly on the side of the new cast. But I would agree that it was very much a forest through the trees situation and if you could look past the flash and bang youll find the resolve youre looking for. Its wasnt always obvious, but good storytelling rarely is.

There are plenty of fans out there who didnt agree, which is absolutely their right, and have all made compelling arguments in respectful and intelligent ways. But, there are those out there who are not so respectful. There are toxic fans, and I use that term fan loosely here, that are just out to have their voices heard and want to see the world burn. Rian Johnson himself has stated that he has received death threats over The Last Jedi and his interpretation of the Star Wars universe at large. This is obviously extreme but it exists and we cant always ignore it and in my experience always originates from those whose sole purpose seems to be to revert back to a time when they felt validated in their pursuits. Im sure some of them are the same group of people who enjoyed The Chauvinist Cut made by an angry fan who edited out all the female parts of The Last Jedi.

To say The Last Jedi divided fans is an understatement clearly and Im not one of those who think its just a very loud vocal minority. Theyre here and in greater numbers than you might think. Its also something that doesnt seem to just go away. Even today there were articles posted, specifically an interview with Simon Pegg, who threw water on Reys parentage theories and caused an online fervor. Heck, theres still the occasional Rogue One piece of behind the scenes drama and that film scored very well amongst most fans.

So if Solo succeeds, will that provide those that disliked or even hated The Last Jedi with a small victory and a justification for their sometimes discourteous aggression? While Rian Johnson asked us to think outside the box and challenged our belief system, clearly Solo: A Star Wars Story is not that kind of film. Other than the inclusion of a few Legends aspects, one being a disposable villain who goes by Enfys Nest, Solo seems to be paint by numbers for the most part and should tickle those OT fans that were feeling a little ostracized by The Last Jedi. Plus, throw in some smart casting choices (Donald Glover) and a very keen sense of style (Donald Glover) and you may have yourself a winner. But that doesnt mean its ONLY for them, its very possible the digestibility factor of the film satisfies most pallets, even those in the more progressive Rian Johnson camp. 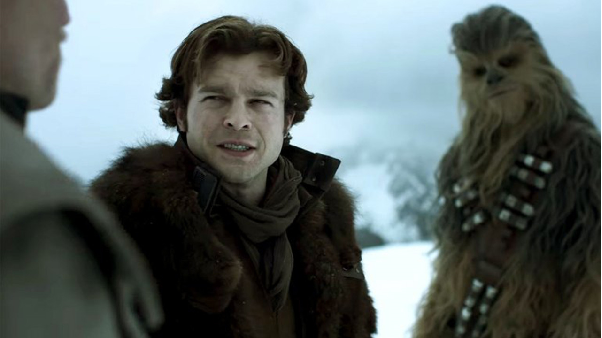 This is especially true when you throw in the firing of Chris Miller and Phil Lord and replaced them with the relative safer and more affable Ron Howard. Howard likely wont take the blame if the movie fails to impress but what if it doesnt fail? Could the potential success of Solo have long-term hiring effects for Kathleen Kennedy and Lucasfilm who in a time when diversity is at the forefront of most conversations get a little gun shy when it comes to hiring future directors? Any potential success could also mean the green lighting of other classic Star Wars anthologies, that much like Han Solo, longtime fans aren't necessarily climbing the walls for.

But what does this say about us as Star Wars fans, if anything at all? Does this say more about us and the current divide in society or is it simply a bunch of nerds enduring a lifelong tit for tat of who shot first? It seems nowadays we cant agree on anything anymore and social media takes those sentiments and that divide, and cranks it up to a sometimes unbearable noise level. It has become dangerous waters for those who choose to put themselves out there and Star Wars can be as polluted as any other fandom.

Personally, Im hoping Solo is a great film and enjoyed by all, but not if it means eighteen months of mischaracterizations, hate speech and pious sanctimony that divide the fan base even further. Its entirely possible were headed for the biggest and loudest I TOLD YOU SO in the history of Star Warsand it might not be pleasant.

Or maybe, just maybe, this is the film and these are the characters we need most right now to bridge that divide. To bring us together as one strong vital community that expands our way of thinking, not contracts it. After all, isnt that what the union of Han Solo and Chewbacca is all about? Isnt that what the Star Wars universe is all about?

There's no question Lucasfilm is aware of the scrutiny heading into this thing and there's no question they're aware of the fan divide The Last Jedi created. They're also not in the business of intentionally embarrassing themselves and the Cannes Film Festival is a big stage to embarrass yourself on. This leads me to only one conclusion, that they think they've got a winner on their hands in Solo: A Star Wars Story and they want the whole world to know it before May 25.