More than most any series Star Wars is full of secondary characters who all have backstories and have played significant roles in one form or another. The original trilogy was full of them but if you didnt read any of the ancillary materials then you were left holding the bag. Nowadays, Lucasfilm goes to great lengths to provide greater detail on some of the more popular and recognizable background cast. 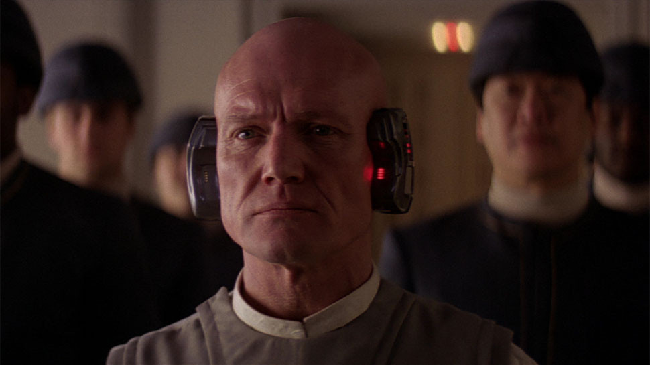 One of those characters is Lando Calrissians long-time silent aid and confidant, Lobot. Lobot is a human male born on the planet Bespin around 37 BBY who was originally hired by the Empire to run battlefield calculations. To become more efficient at his task, the Empire implanted an AJ-6 Cyborg Construct to increase his productivity and brain power. The unfortunate side effect of this type of implant is a degradation of the hosts personality as their brains give in and make room for digital information.

He is easily one of the most recognizable characters from the original saga, thanks in part to his timely close-ups and his vey notable headgear, the AJ-6. He was a highly collectible action figure and was the key part of a very daring scheme by Lando to help his friends escape the clutches of the Empire, now known historically as Code Force Seven. On a Top 10 list a couple of years ago on StarWars.com, Lando and Lobot placed ninth on the all-time best duos list, sadly beating only Ponda Baba and Doector Evazan. But the point is theyre in very good company with the likes of Kanan/Hera, Anakin/Obi-Wan and Han/Chewbacca also making the list.

Turns out Lobot wasnt an island either as in Season 3 Episode 19 of Star Wars Rebels in an episode titled, Double Agent Droid, we meet ISB Controller LT-319. LT-319, like the other poor souls who worked at surveillance stations throughout the galaxy, was also modified with AJ-6 implants to dull his senses and improve brain function. Its one of the many immoral schemes the Empire was known for that perhaps didnt get explored as much as it should have, the dark sciences. 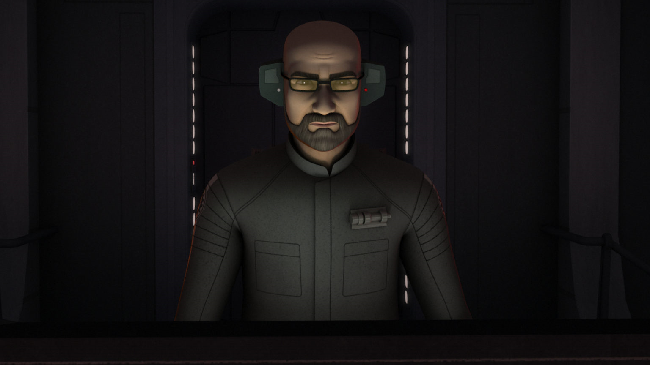 While his part in Empire Strikes Back was minimal, 11 minutes of screen time, its Lobot and not Han Solo who is Landos long-time partner in crime. The two would go on many heists and adventures together aboard the Millennium Falcon and form a very close bond. His implant allowed him to make quick calculations which were invaluable when they had to determine the risk factors of their missions. It was this ability that allowed Calrissian to survive many close calls, avoid many Imperial entanglements and pull off amazing heists others wouldnt dare to try.

He was able to maintain negligible speech abilities despite the implant, but that minimal ability was lost when during a heist aboard Emperor Palpatines personal yacht, the Imperials, Lobot was wounded and his cybernetic implants assumed total control, rendering him mute. This selfless heroic act saved Lando and the others and allowed them to escape. He left a pre-recorded farewell message for his long-time friend, that message would be the last time Lando would hear his dear friends voice

"Hey, Lando. If youre hearing this recording, Im gone, and you just the word cure. I bet it didnt take you very long, either. Maybe youll pull it off. I wouldnt put it past you. Ive seen you beat crazier odds. But even if you dont, Im not angry about what happened to me. Not now, and definitely not by the time you hear this. I live by my choices. I dont think I have very much time left. Let me get to it. You have a power, Lando. People follow you. They willingly become chips in your game. Cards in your deck. Thats an amazing thing. Its how you dothe things you do. Were your luck. So, heres what Id like to tell you, while Im still your friend of many years, instead ofwhatever Im about to become. Stop playing. Get out of the game. Fold. Find something you believe in, other than yourself, anyway. Use that power you havethat luck, all that charm, and do something good with it. Lando. Old buddy. Youre better than this.

This incredibly poignant moment, along with many more, appears in the Marvel Comics Lando series where we not only get to see a warm and tender side of Lando, something missing from the films, but we get an enriching backstory for Lobot. In fact, the depth and dimension added to these characters in the Charlie Soule series is tremendous and I highly recommend it if you havent read it yet. Its here we learn how the sinister implants the Empire gave Lobot are constantly trying to rob him of his humanity and assume full control. Its no wonder by the time we see him in Empire Strikes Back hes the way he is, after years of waging an internal neuropsychological war. Hes not the same person who was once in love with Chanath Cha, a bounty hunter who flew missions with Lando and Lobot.

Lando and Lobot would remain together all the way to the end of the Battle of Jakku where the Rebellion was fighting the last major battle of the Galactic Civil War. The two of them would choose instead to return to Bespin and wipe out any remaining Imperial forces from the gas planet, Lobot's birthplace, and resume control. The last official canon mentions of either of them is in the novel Bloodline by Claudia Gray where in 28 ABY, Lando reaches out to Senator Organa to offer his support as she goes through a recent political scandal. There is no mention of Lobot past Chuck Wendigs Aftermath series of books which takes place immediately after the Battle of Endor.

But its his time spent prior to all of that is what concerns us as the events depicted in the upcoming Solo: A Star Wars Story take place 10 years prior to Episode IV: A New Hope. We know that Lando and Lobot spent many years together after Lobot left the Empire and this would be around that time.

According to canon, Lobot and Lando are together at the time of the famous sabacc Corellian Spike game where Lando loses the Millennium Falcon to Han Solo. Canon doesnt specifically state when that happens, and it looks like this will be a shift from Legends which has the game taking place 2.5 BBY. And since Lobot played such an important part of Landos life it only makes sense he should be present right?

There is nothing in casting or images or trailers to indicate Lobot shows up in this film which is shame since they are finding time for Tag and Bink, and Lobot clearly has a much larger role to play, especially with Lando. But, I also realize its not a Lando movie, its a "Han Solo" movie so characters such as Lobot are being replaced with characters like the droid L3-37. L3, played by Phoebe Waller-Bridge, is a hodgepodge droid who appears to be Landos co-pilot/sidekick.

Lando had many adventures in the time leading up to when we first meet him on Cloud City in Empire Strikes Back. These stories have been depicted in print and weve seen a bit of Lando in Star Wars Rebels but if Donald Glovers portrayal of the smooth-talking gambler turned administrator creates enough buzz, perhaps hell get his own feature length film. And if thats the case, perhaps Lobot is a character the writers can explore down the road.

I mean, as far as characters go, Lobot is actually incredibly deep. We've learned he's not just the "mute robot guy" or "Lando's aide" which is how he's listed on the Empire Strikes Back IMDB page. No, he's much more than that and his importance and influence with regards to Lando life choices cannot be overstated and this is on display in Empire Strikes Back. It seems the Baron Administrator of Cloud City took his dear friends advice to heart and did exactly what he asked him to.