In a lot of discussions and forums, the way I see people speak of Luke Skywalker is usually with some form of disdainful tolerance, or a tone of Hes alright, but this other character is so much cooler. Theres also a Buzzfeed article explaining why Lukes the absolute worst. But the people who criticize Luke havent considered all the reasons hes actually a soundly crafted character: 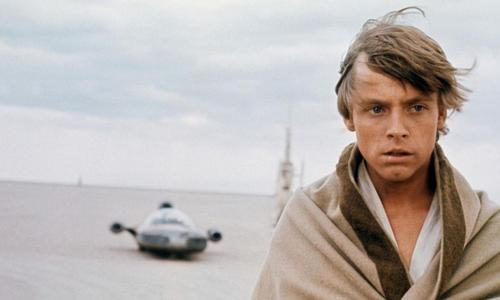 In A New Hope, Luke is designed to look weak. The film is a modified form of the Heros Journey, and that journey involves a weak character growing into a strong one.

This weakness doesnt just fulfill a story type, however; it actually makes us understand who Luke is and care about him. The poorly thought-out Buzzfeed article points out some of his valid weaknesses (among other completely useless details) as though they make the audience hate him, but some of what Luke does actually makes us relate: hes a just a restless kid with little to look forward to. Hes beat up, saved by an old man, and then he just complains about his mind-numbing tasks that hell have to do for the rest of his life.

Like a lot of people, Lukes made some stupid mistakes and has a rather dim future, but he wants something more. His hope to join something useful, to have a purpose and an adventure, is a pretty universal desire. Seeing him play with a model of a ship shouldnt make us scoffit should make us realize that were a lot like Luke, just finding some kind of menial entertainment when we really want a powerful, useful journey to go on. Seeing this flawed farmboy helps us root for him to succeed in becoming something greater, and it sets a stark contrast against his former self when he finally does. 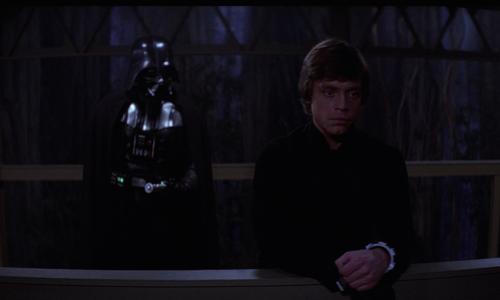 Episode IV to Episode VI actually involves a huge transformation for Luke. Several facets of his character mature, and its impressive in how many ways Luke advances without the audience even recognizing it:

This is perhaps the most obvious of growths, but Luke used to only be a farmboy who could shoot rats from his T-16by the time hes on the second Death Star, hes destroyed the second largest space station ever constructed, helped bring down one of the greatest crime lords in the galaxy, and become the last Jedi Master to survive the Empire. Shortly after all these accomplishments, Luke single-handedly defeats Darth Vader and manages to convince this same man, the personal servant of Emperor Palpatine, to join his side.

In A New Hope, Luke not only whined about his own struggleshe repeatedly ridiculed Hans personal ship, and he panicked whenever they were in trouble. By Return of the Jedi, he stops panicking and ridiculing, and actually does the oppositehes the one comforting a blinded Han, arguing with Darth Vader, and chuckling when theyre captured by a tribe of weapon-laden Ewoks. Even when hes traveling in the Tydirium shuttle, just past Darth Vader, he informs the crew that Vader knows hes on the shipand while everyone else glances nervously to him and denies his assertion, he just stares calmly back at the approaching Star Destroyer, completely in charge of himself.

Luke used to just seek out adventure (and possibly revenge) because of everything that happened on Tatooine. But by the Battle of Endor, hes made sacrifices and risked himself to confirm others safetyhe abandons his training to save Han and Leia on Bespin, returns to Tatooine to rescue Han, and even seeks out Vader himself to convince him that hes redeemable. Luke hardly even has a plan when he turns himself in to the Imperials on Endorall he means to do is speak to his father and convert him, knowing full well that, if he fails, hell undoubtedly be destroyed.

This is arguably the most extensive expansions of Lukes character. Gone is the farmboy that knew the evil of the Empire and the beauty of the innocent Jedi; throughout Episode VI, we see Luke less and less pacified by broad strokes of good and evil. Hes disillusioned from Kenobis minced words, he chokes two Gamorrean guards without warning, and he chops off his fathers hand before regaining control of himself, all the while veering closer to the dark side. Lukes no longer waltzing around with a clear understanding of good guys and bad guys, but actually showing inner conflict and empathy towards his enemies.

There are even cinematic clues showing this development in understanding. In Return of the Jedi, just as Vader discovers Luke has a sister, the Jedi stands at a point where light strikes half of his face and shadow covers the other halfrepresenting the calls from both sides of the Force. Not only does the lighting in this one scene represent an inner conflict, but Lukes costumes throughout the trilogy also represent his leaning away from a romanticized hero: in Episode 4, he generally wears white, signifying his innocence and pureness. By Episode 5, its darker whites and grays, showing hes maturing and his morality possibly darkening. By Episode 6, Luke is fully clad in black, the colors of Vader and the dark sideuntil hes fully resisted the Emperor and removes Vaders mask, at which point his outer jacket has opened to reveal a white cloth just over his heart. From costume and lighting to action and dialogue, we can see that Luke grows throughout the Original Trilogy to become a man conflicted with the complex subtleties of what is morally right and wrong.

All of these shifts in character reflect a realistic and impressive character growth. Luke goes from an immature boy to a powerful, confident, motivated, and questionable hero. Critics can decry his mistakes or stupid actions, but they cant deny that, by the end, he becomes an incredibly-written, deeply layered character.


3: He just keeps getting better! (SPOILERS to The Force Awakens ahead) 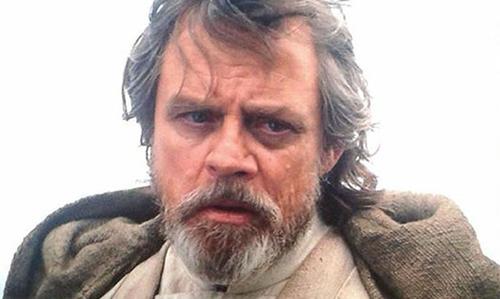 Whether examining the Legends or the canon stories, its clear that Lukes still expanding into a better character.

In the Expanded Universe, Luke undergoes a number of feats that I wont detail here, because that would require choosing which of his many glorious moments are the most powerful. But in many of the novels, hes an even wiser and deeper character, questioning the morality of both his own organization and his enemies with equal veracity. Take a look at the Thrawn Trilogy if you want to see what I mean.

Yet now, in The Force Awakens, the little Ive seen of Luke is almost superior to the thousands of pages Ive read before. That one last glimpse, that forlorn expression of his, wont get out of my head for years. Whenever we see more of him and understand what happened, Im confident itll only add to the many layers of this already incredible character.