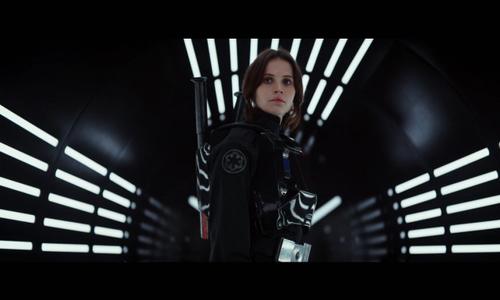 One unique aspect of Rogue One is the fact that it has to focus on characters. The end of the plot is already well known: the Rebels eventually get the plans. Therefore, the main source of tension for the story will have to be the mystery of who survivesthe audience will be waiting to see what happens to the characters, not the plans. The writers of the story, then, have to focus on making the audience care for these characters.

This sets Rogue One well apart from the Original Trilogy and The Force Awakens; while those movies have great characters, they have to concentrate on setting tension for the plots outcomeproducing scenes that dont offer much insight on a character or increase their likeability, like the debriefings about the Death Star or Starkiller Base. But Rogue One will have much more time to focus on the characters instead of the story that we already know.

Admittedly, we already knew the outcome of the Prequel Trilogy before it started, but those movies were attempting to set up a contrast with the Darth Vader we once knew. Instead of developing a more complex character the audience would sympathize with, Anakin Skywalker was simply displayed as an innocent child so wed be traumatized by his transformation. However, the writers for Rogue One know they cant just set up a character for contrasttheyll actually focus on creating a deep, complex character that the audience cares about, and theyll have more time to do it than any other Star Wars film has ever had. 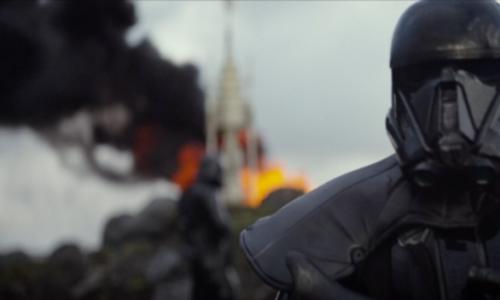 One of the most exciting things about this movie is that were returning to the same time period as the Original Trilogy. The film will be set immediately before A New Hopenot twenty years before or thirty years after. So were going to see a lot of things (AT-ATs, Stormtroopers, an imminent major-weapons test) that we loved in those old movies, resurrecting nostalgia from nearly forty years ago for some. From the gritty feel of the Rebellion to the polished armor of the classic Stormtroopers, a lot of pieces in this film will remind us of all the things we already love about this galaxy. And this film will only add to those reminders with details like new Spec-ops black troopers and fresh visual effects.

But its not just the Stormtroopers and the Empire-Rebellion conflict that are going to return. Eventually, at some point in this film, they have to bring back the most renowned character in the entire franchiseDarth Vader. Hell make an appearance with the same motive from Episode IVrelocating the Death Star plansbut hell look better than ever before. His choreography and appearance will be far more elegant than in A New Hope, and his character will be far more fearsome than in Revenge of the Sith. So, in Rogue One, we can plan on hearing of his ominous reputation, fearing his ever-nearing presence, and then, finally, watching him massacre the Rebels who dare defy himall in an up-to-date, yet true-to-form image that weve never seen Vader in before. Its got to happen, and when it does, it might just be the most terrifying scene of all the Star Wars movies. 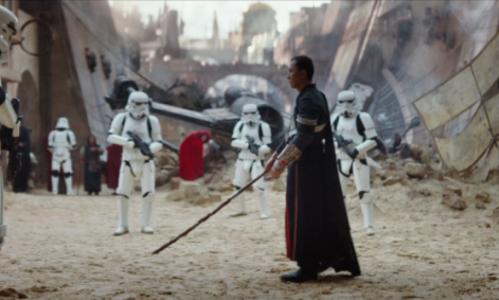 Another thing that sets Rogue One apart from the rest of the Star Wars films is its enormous creative freedom; this film can focus on any and every aspect of the incredibly rich Star Wars galaxy. All of the other films have had huge precedents to follow; they must be about the Force, they must focus on a large-scale conflict in the galaxy, and they must detail the fight between groups of clearly-defined good and evil.

Rogue One isnt restricted in any of these ways. It can focus on a few Force-free Rebels, it can hone in on their struggles in an undercover mission, and it can completely blur the lines between good and evil. Several spinoffs in the Star Wars franchise had little to do with the fate of the entire galaxy or the Force-abilities of their characters yet succeeded anyway: the game Bounty Hunter, the novel Death Star, and the various merchandise for Republic Commando were all successful without focusing on those facets so common to the normal films. Rogue One, like them, can claim success through concentrating on a particular aspect of the Star Wars galaxy without having to pay homage to the demanded themes of the other movies.

Along with this freedom from particular themes, Rogue One has more flexibility in other aspects of film. Alexander Desplat, who composed scores for movies like The Kings Speech and The Grand Budapest Hotel, is supposedly taking over the soundtrack for this film instead of the usual John Williams. While this might disappoint some of Williams loyalists, it also offers opportunities for some freshly devised themes and more creativity than other films have had. And Donnie Yen (renowned martial artist and the actor for Ip Man) will be fighting in the film, but instead of a lightsaber for melee combat hes wielding some kind of bowstaff. Instead of sticking to the lightsaber-wielding Force-user common to all other Star Wars films, Donnie is bringing about a form of combat unique to the usual array of lightsabers and blasters. Well have to wait and see, but even now we already know that Rogue One is going to break out of the normal barriers other Star Wars films have been restrained by. 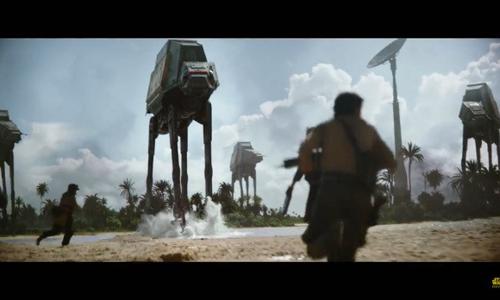 This film will be completely different from all the other Star Wars movies. It has to produce amazing characters, enhance the things we love about the old films, and utilize its newfound freedom in all the facets that the other films have been restricted in. These distinctive characteristics could set apart Rogue One to become the greatest Star Wars movie ever.

Three Minute Rogue One: A Star Wars Story Trailer To Drop On Friday July 15th
Three Reasons Luke Skywalker Is Way More Awesome Than You Thought
Rogue One Round Up!
New Details About Rogue One Characters Revealed
Rogue One Welcomes Back A Character From The Clone Wars Animated Series
Entertainment Weekly Covers Rogue One

Expanded Universe Name Game [v 2.0]
in all my dreams i DROWN
**The True Sith Empire** Lords of the First Sith Order- We deal in absolutes.
unlikely movie and tv show titles 2.0