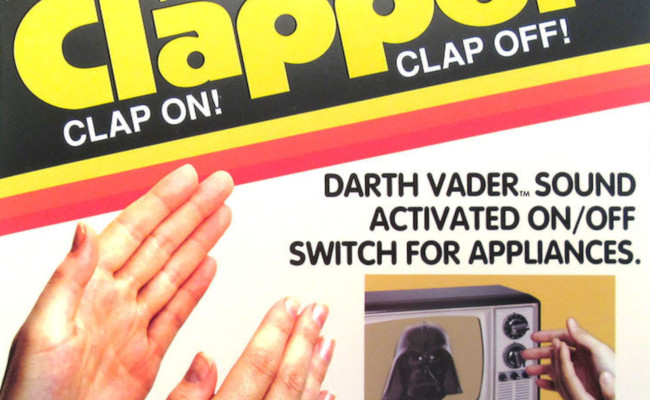 Story originally posted by "B" over at Rebelscum.com.

"Clap On! Clap Off! The Clapper!" Collectors of a certain age will remember the television ads for The Clapper and its catchy slogan. For those unaware, The Clapper is a sound-activated electrical switch, sold by California based Joseph Enterprises, Inc., a company which also produces the Chia Pet. While it's a gadget of yesteryear, The Clapper is still in production, and now it comes in a format much more suited to your Star Wars collection. The Clapper has been re-imagined in the shape of Darth Vader's iconic helmet, and now includes sound clips of the dark lord himself.

Our sample worked perfectly, and as advertised. It took just a moment to determine the correct volume and timing of the claps required to activate it, and then we were in command of a very specific force-like power. You can pretend that Lord Vader is at your mercy and must carry out your small appliance wishes. Our sample was also reviewed by a 7-year-old, and the look of pure joy on her face when she was able to activate Darth Vader with the proper claps was extremely fun to see.

The Darth Vader Clapper is available in retro-style "heritage" packaging, as seen in our sample, as well as modern black packaging. The listed retail price is $29.99. Order yours today! 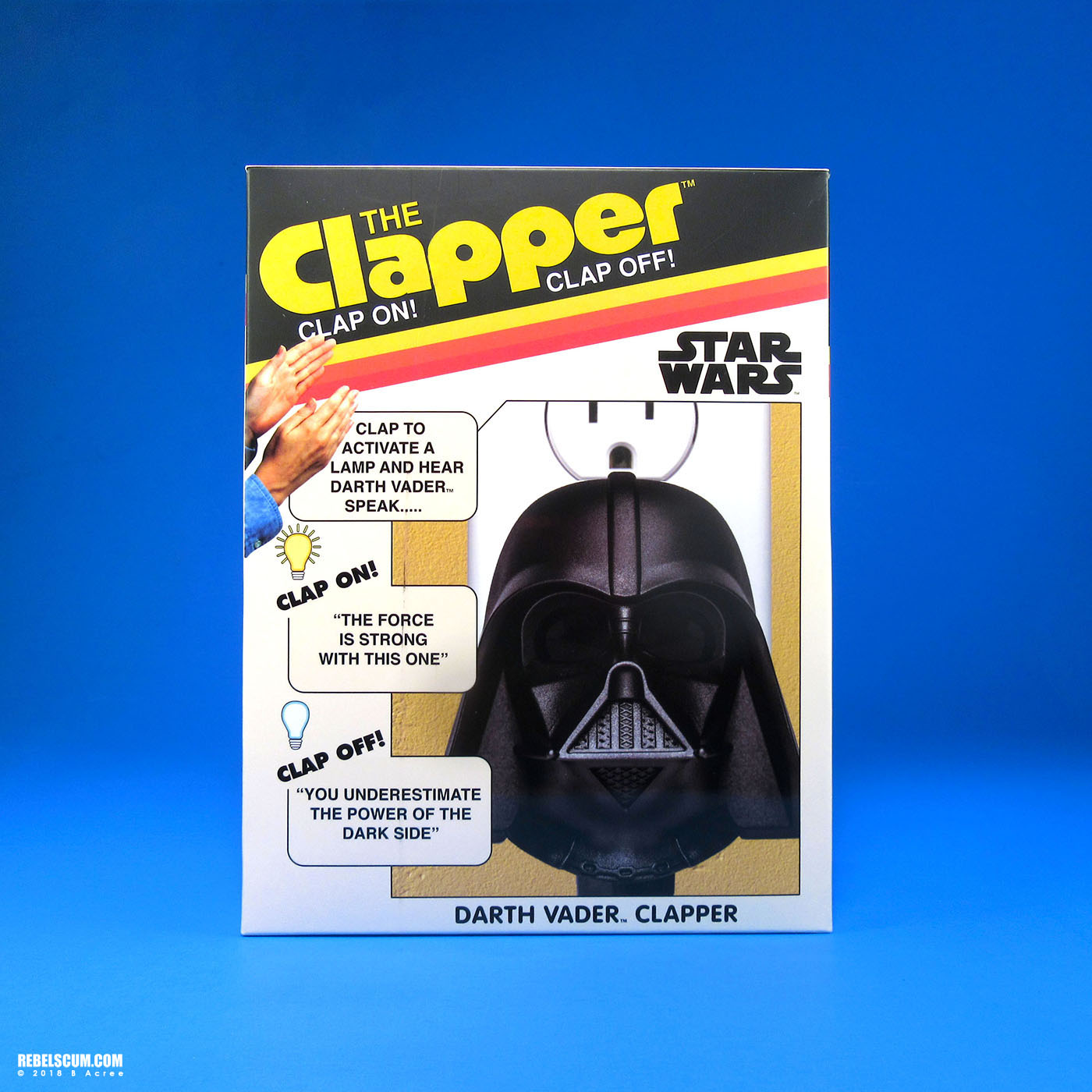 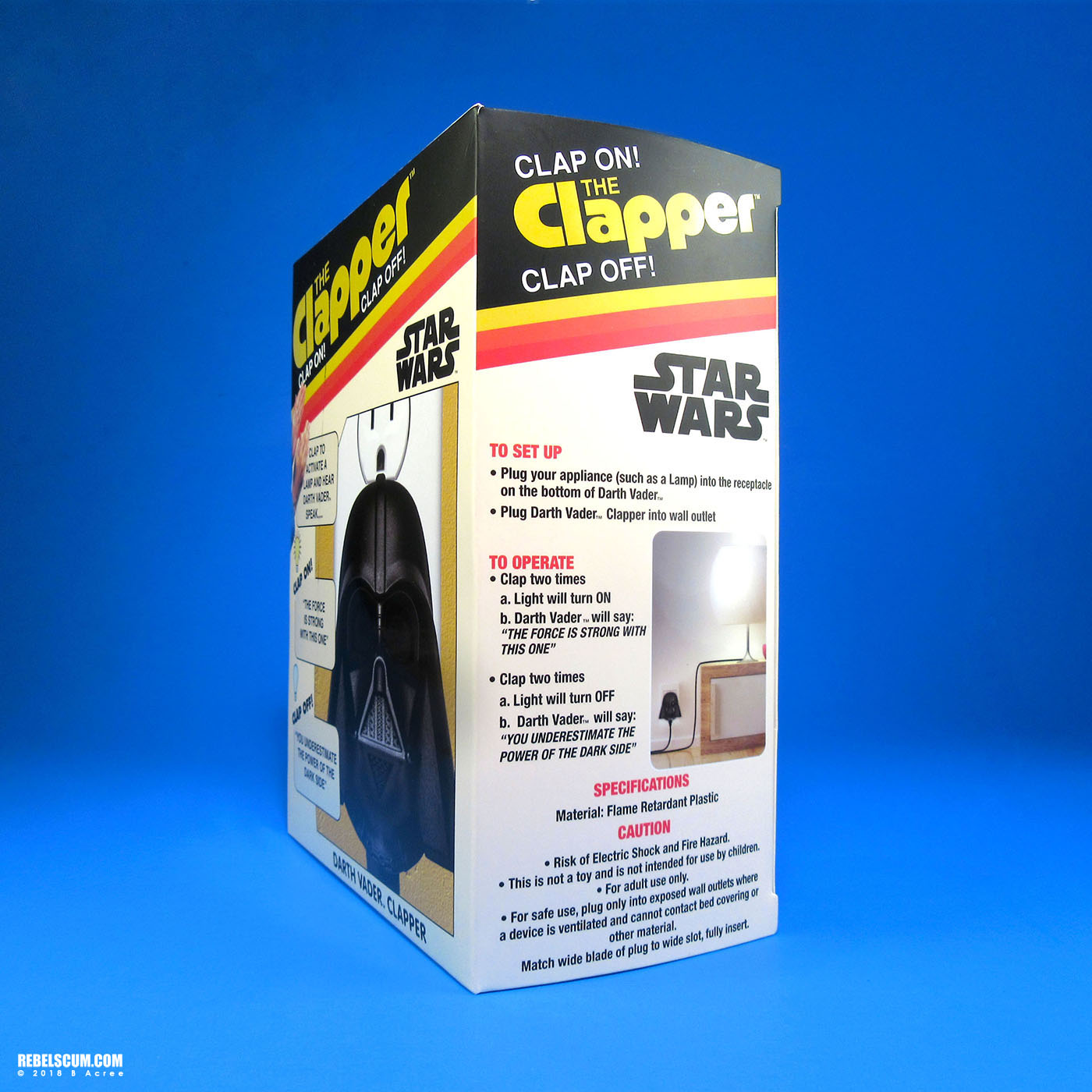 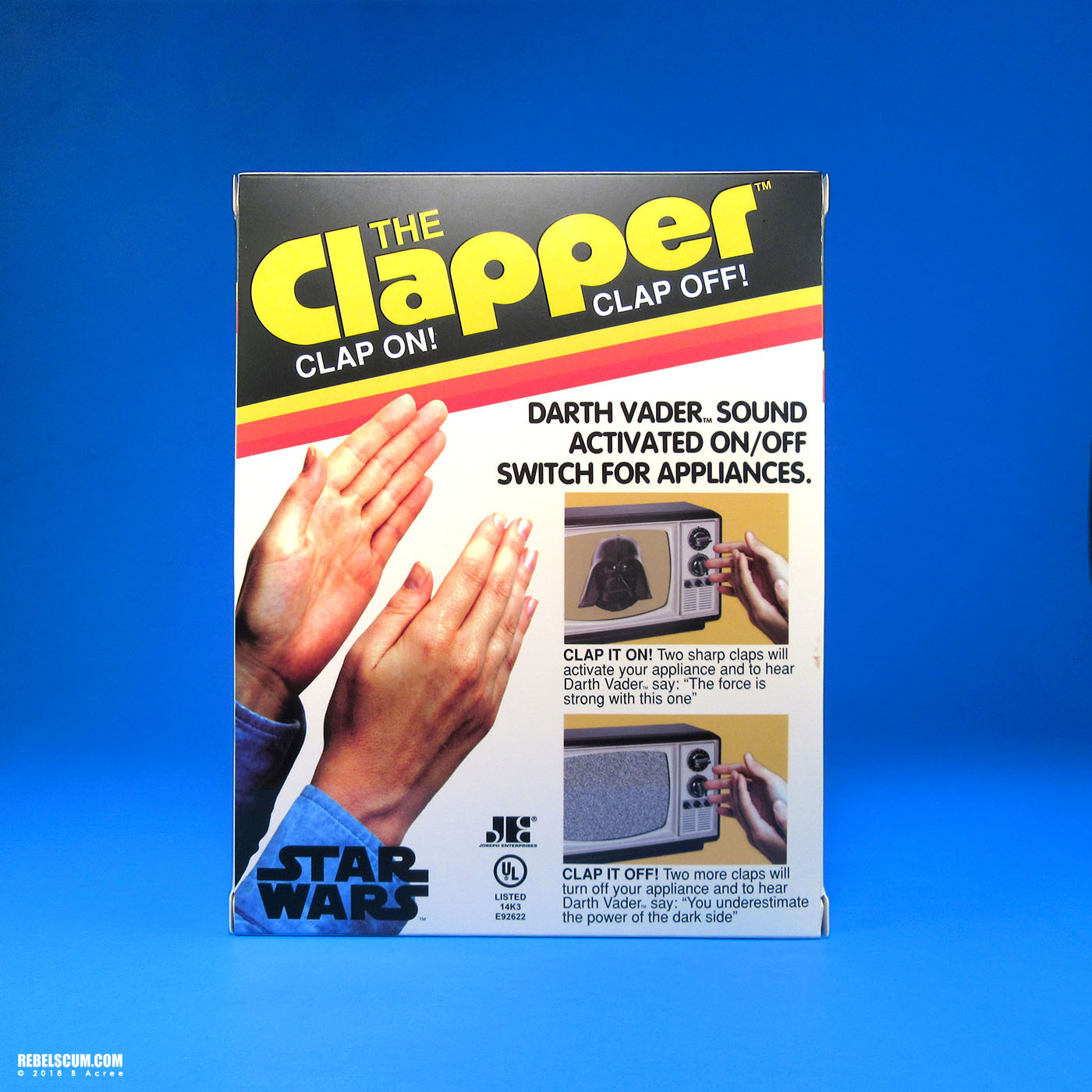 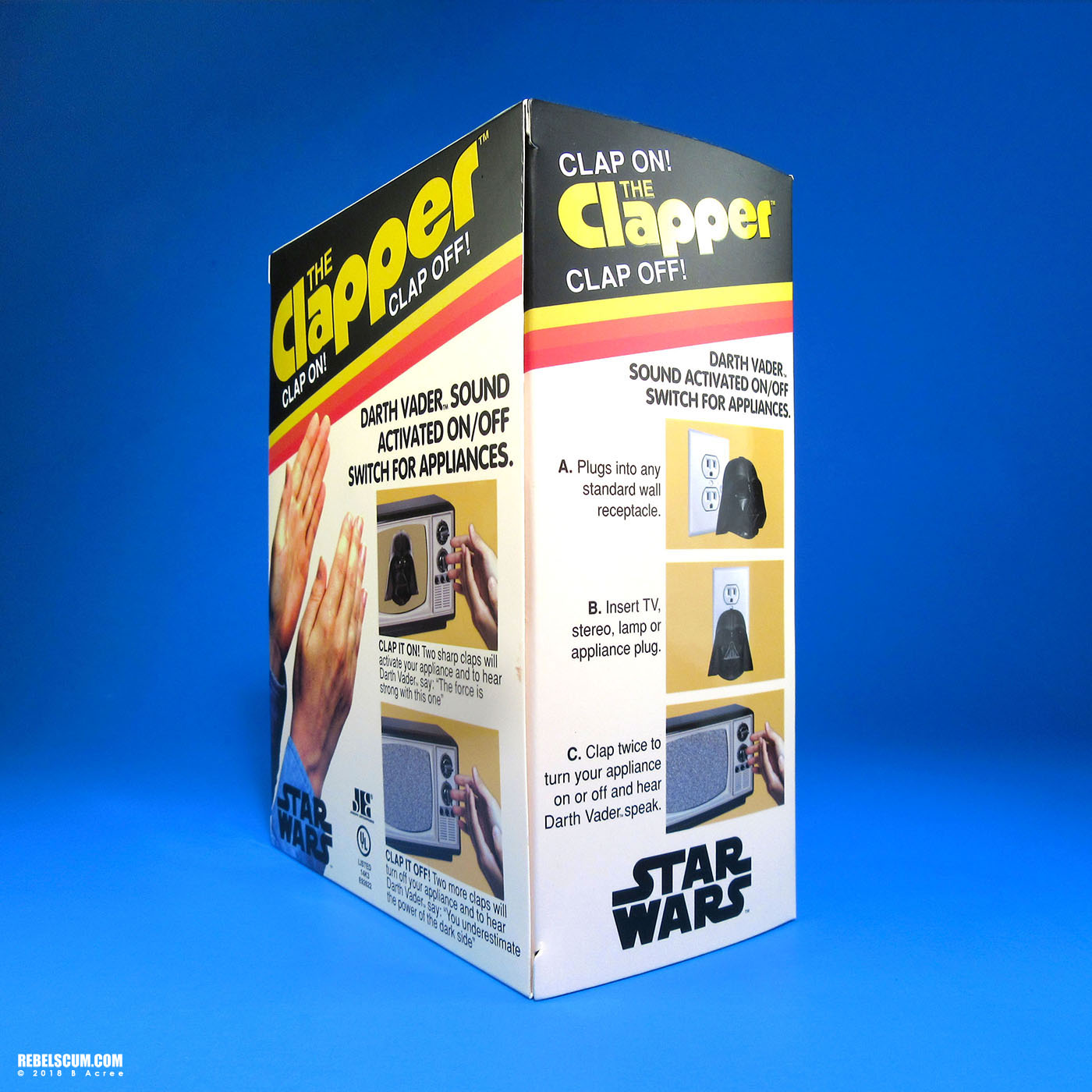