In an upcoming episode of Star Wars Resistance, "Secrets and Holograms", it seems that Torra and Kaz team up to learn what they can about Captain Doza and the secrets of Colossus. But, by the looks of the image below, they take a time out to play some video games as well.

In this first look at the December 2nd episode, the two are shown playing what looks like a starfighter video game with the words "Player I", "Player II" and "Score" clearly on the screen. And looking past the simulation, they are clearly in Torra's room when they play the game. Where this occurs within the context of the episode who knows but if I had my guess it would be at the beginning. It could be a situation where Kaz initiates contact with Torra to perhaps learn more about her father?

Either way, It'll be fun to see Torra and Kaz finally get to hang out since their meetings so far have been few and far between. And with Captain Doza's distrust of Kaz, it should make for some awkward encounters should they occur.

When a determined Kaz tries to discover the truth about Captain Doza, he and Torra embark on
an adventure where they uncover more about the tower than either bargained for.

* Elijah Wood (The Lord of the Rings trilogy) and Donald Faison (Scrubs) return as Jace Rucklin and Hype Fazon, respectively. 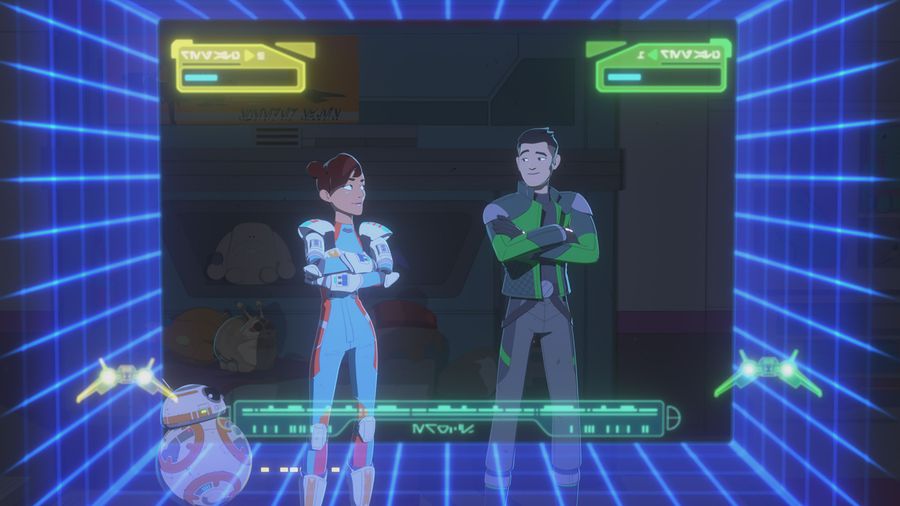