As the end of Star Wars Rebels draws near I cant help but look back at the last ten years. As a big fan of both Rebels and The Clone Wars, its hard to imagine a time without Star Wars being on TV on a regular basis. Well call those days prior, the dark times.

By design these two shows served many purposes but the one that is most obvious is to fill in the time that exists between episodic films. In the case of The Clone Wars, its showing us in grand fashion events that occurred during the three years between Episode II: Attack of the Clones and Episode III: Revenge of the Sith. As for Rebels, it has on a smaller scale but equally as effective, shown us periphery events and characters that help shaped events in between Revenge of the Sith and Rogue One.

You wont find too many folks who dont think Episode III is the best of the prequels, that opinion is pretty much universal at this point. But what about that rare list that places Revenge of the Sith higher? Higher than what though right? Well, on my list it places higher than not only the other prequels but Return of the Jedi and The Force Awakens as well, and that's in large part because of The Clone Wars TV show. On its own in a vacuum, I always liked Revenge of the Sith after its release. It gave us a never-ending amount of Star Wars to chew on while at the same time shaping an effective narrative. It answered the question many of us were asking ever since Darth Vader first appeared on screen, and it did so in an unforgettable fashion.

One of the many reasons Revenge of the Sith succeeds for me is that Lucas finally gets to the belabored point and the saga finally takes a familiar turn. Those classic Star Wars images, sounds, colours and shapes that we know so well start to reappear and you are once again swept off your feet by John Williamss score. We finally watch Anakin descend into madness and take the final leap into the Dark Side of the pool with help from his BFF Sheev Palpatine. Everything that haunted us, and still haunts us, about Episodes I & II are gone or improved, including the performance of Hayden Christensen. Hes not perfect but hes much better and its not by accident as the script for this episode is very good as well, minus a few campy exchanges.

The fact is, the first half is a decent movie full of great exposition, decent performances (Ewan McGregor) and the films only space battle. But its the second half of this film that is simply stunning. It of course all culminates in spectacular fashion with Emperor Palpatine enacting Order 66, an epic battle between Obi-Wan and Anakin/Vader and the birth and separation of Luke and Leia. Shakespeare himself couldnt have done a better job.

As the politics play out and democracy has been replaced by fascism, we watch the very graphic transformation of Anakin Skywalker to Darth Vader. His former emo self and juvenile ways are literally burned away on Mustafar leaving a twisted monster made from readily available machine parts.

Lucas really went for it and the contrast between this film and the first is cavernous, rendering The Phantom Menace almost unrecognizable. Whether this was the plan all along or he bowed to fan pressure well never know but what didnt hurt was the leaps and bounds the technology made, even between episodes. But the themes are strong, focused and front and center, whether Lucas was specifically commenting on society in general or the state of the world, you can decide. And even though we all know whats to come, its shocking how impactful the final 30-40 minutes are even after repeated viewings. Theres no bother denying it, the final act of Revenge of the Sith is one of the series best.

As mentioned above, I liked it from the start, but for most part I ranked it accordingly per the times. The scar left by Episodes I & II was perhaps to recent to be able to effectively judge Episode III on its own merits. But in 2008 George Lucas gave us The Clone Wars movie, which was followed by the TV series shortly after and my ranking almost immediately changed.

If I could point to one thing The Clone Wars TV show did very well by Revenge of the Sith and the Star Wars universe, it would be its depiction of Anakin Skywalker. With all the attention on him turning into Darth Vader, we forgot that he was one of the greatest heroes of the Clone Wars. Seeing him in the TV show reminded us that he was once a great and heroic Jedi Knight, not the brooding conflicted person we saw in the prequels.

Revenge of the Sith was so heavy in its melodrama and dark tones; the Clone Wars gave us a small breath of fresh air before it all goes to hell. The show also ret-conned its way into our hearts and provided so much deep context for Revenge of the Sith that you cant help but smile now watching it. This is especially true during the scene between Yoda and Obi-Wan when they discuss Qui-Gon Jinn, now thanks to The Clone Wars, we know exactly what Yoda was talking about. Not only did Clone Wars add more meaning to this scene, but the entire lore behind Force Ghosts and Force projecting as well (The Last Jedi anyone?).

Naturally, the TV show focuses a great deal on the relationship between Obi-Wan and Anakin and the strong bond they shared at one point. It certainly makes the final moments in Revenge of the Sith much more dramatic in its depiction and painful to watch after having witnessed them go through so many personal battles together on the small screen.

But Revenge of the Sith also gave us two other deaths that while impactful to a degree, are made that much more by The Clone Wars. Count Dookus crippling defeat, in front of his master no less, is a big moment in the saga to be sure but is resoundingly more profound after watching The Clone Wars. The death and destruction the former Jedi caused on the galaxy during the clone wars was pure savagery at times and for Anakin, and Obi-Wan, his death was of major significance. The second death made more dramatic by the TV show was everyones favorite CIS member, General Grievous. On its own, it plays as just the death of another boss bad guy, but when you watch the TV show you realize Grievous played a monster part in the separatist army and Palpatines overarching plan to take over the galaxy. Not to mention, as someone else pointed out, his death signified the end of the separatist alliance.

And can you imagine what your life would be like now if you never knew anything more about the clone army than what was in the films? Perhaps the greatest miracle Dave Filoni pulled off was not only giving the Clone Troopers personalities, but he made you care about them because you learn from the TV show that they care about each other. So much so, that when your watching them get picked off over and over, it starts to get a little brutal. The Clone Wars taught us theyre not just dispensable droids and theyre much more than just derivative clones. Theres human beings underneath that white armour.

Thanks to The Clone Wars we learned all about Inhibitor Chips which were implanted into each trooper during their growth stage. These chips were used to control the clones should the need arise and was the mechanism that allowed Darth Sidious to enact Order 66, the death of all Jedi. Order 66 is vicious enough and tragic on its own merit even if you dont factor in that these Clone Troopers were allies and friends with the very Jedi they murdered! If after watching the TV show you cant agree that some of these Clones, who were forced to turn on their commanders and friends, likely suffered from PTSD then I dont know what to tell you.

We could go beyond the big screen characters as well, all who helped shape the major players in some way. Characters such as Ahsoka Tano and Asajj Ventress will most definitely be on your mind while watching Revenge of the Sith. And if not for the TV show Jedi such as Aayla Secura and Kit Fisto would have just been blips on the screen. But the show has made their deaths a more poignant experience by allowing us to spend time with them and get to know them, even if just a little. Dare I say, the show gave us the opportunity to be cathartic about Revenge of the Sith, if you werent already. 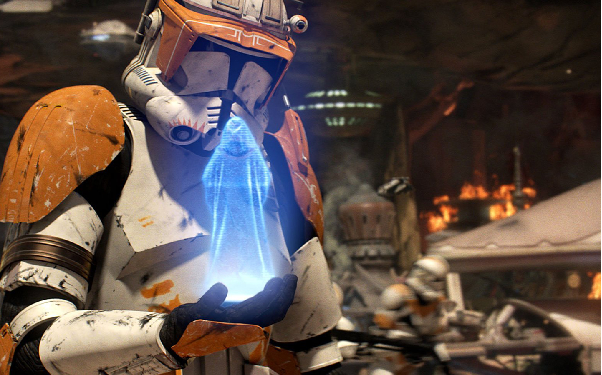 These few examples havent really begun to scratch the surface really when it comes to how the TV show expands on so many details from the film. Some are obvious and carry with them huge implications while some are small in nature but integral to how the Star Wars universe presents itself.

I wonder if at the end of Star Wars Rebels, it will have had the same affect on Rogue One or A New Hope the way The Clone Wars did on Revenge of the Sith? Time will tell I suppose but Rebels is unique in its approach and not to mention the main characters in that show dont appear in the future timeline of films.

Its clear Lucas had The Clone Wars in mind all along while he was making the prequels. He shaped and conceived these characters and events long before so its not an accident and the team werent fumbling around in the dark. Even his successor Dave Filoni was privy to Lucas thoughts and ideas and that surely provided the synergy needed to carry on without him. Weve already seen Rebels influence pop up on film in small ways, in Rogue One certainly and even in new trilogy. So, is Filoni pulling a Lucas? When the dust has settled on Rebels will we realize its impact went far beyond four seasons of television? I for one hope so!