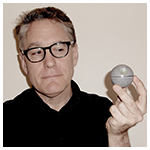 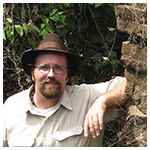 Following the success of The Complete Vader, co-written with Pete Vilmur, author Ryder Windham turns his attention to the faceless soldiers of the Empire and subsequently the First Order, in his new book Star Wars - Stormtroopers: Beyond the Armor, alongside fellow Star Wars literary alumni, Adam Bray, from HarperCollins publishers.

With a foreword by John Boyega, the book is broken up into seven chapters, starting with Creating an Army that spans the period 1973-1976, and looks at the original designs that ultimately inspired the armor of the Stormtroopers, Sandtroopers and TIE Pilots seen in A New Hope.

Troops Deployed covers 1976-1979 and focuses on the first Stormtrooper merchandise to be released, including action figures and jewelry, as well as references in books and comics, as well as the Star Wars Holiday Special.

With the release of The Empire Strikes Back, fans were introduced to further varieties of Stormtrooper, such as the Snowtrooper and AT-AT driver while we also got the Biker Scout and Emperor's Royal Guard in Return of the Jedi, and Specialized Troopers (1980-1994) delves into these in more detail. The Mini-Rigs & Micro Collection features both deserve a special mention, while the chapter concludes with a further look at Stormtroopers in the comics, books and games of different varieties that were released during the "dark times" of Star Wars fandom.

Moving onto the period 1995-2001, Star Wars Returns begins with the toys that contributed to the resurgence of the saga for many collectors, video games, comics, and ultimately the movies, first with the Special Editions, followed by The Phantom Menace, all the while highlighting the Stormtrooper element of each.

With any type of armoured troops being notably absent from The Phantom Menace, they make their return in Episode II, with chapter 5, The Rise of the Clones covering 2002-2014, solely devoted to the predecessors of the Imperial soldiers seen in the Original Trilogy and beyond.

And what lies beyond is New Regimes, bringing the Star Wars saga up to date, looking at the updated armor of troopers of the First Order along with the chrome-played Captain Phasma. The chapter also takes in the animated styles of Star Wars Rebels as well as the many new designs seen in Rogue One and briefly touching on the Elite Praetorian Guard and Executioner from The Last Jedi.

Throughout the course of the book, there are frequent mentions of the 501st, but in addition to that, the final chapter is primarily devoted to the world's largest costuming organization that was started by Albin Johnson, highlighting the enormous contribution that the group has made to charities all over the world. Rounding out Stormtroopers Forever are sections on Premium Collecting, Star Wars Celebrations and Stormtrooper art.

Many of the chapters feature a fold-out page, while the book is jam-packed with behind-the-scenes photos, concept art and as you might expect, a number of Ralph McQuarrie's paintings.

Ever since the opening scenes of Star Wars: A New Hope in 1977, Stormtroopers have established themselves as iconic symbols of popular culture and have continued to make an awe-inspiring spectacle whenever gathered in a group. For anyone who holds even a passing interest in these white plastoid-covered soldiers of the Empire, Star Wars - Stormtroopers: Beyond the Armor will make a fine addition to your Star Wars book collection.

Star Wars - Stormtroopers: Beyond the Armor is available now online and from all good bookstores, priced $45.00 in the U.S. and $56.00 in Canada.

For all of your monthly roundup of Star Wars publishing news, commentary, and discussion on the latest releases in the realm of novels, comics, and magazines, don't forget to listen to Jedi Journals, paying special attention to this month's episode, which features an interview with Star Wars - Stormtroopers: Beyond the Armor author's Ryder Windham and Adam Bray.