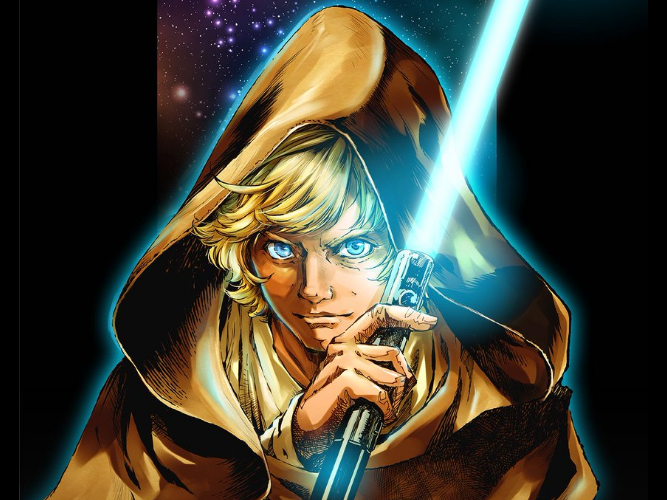 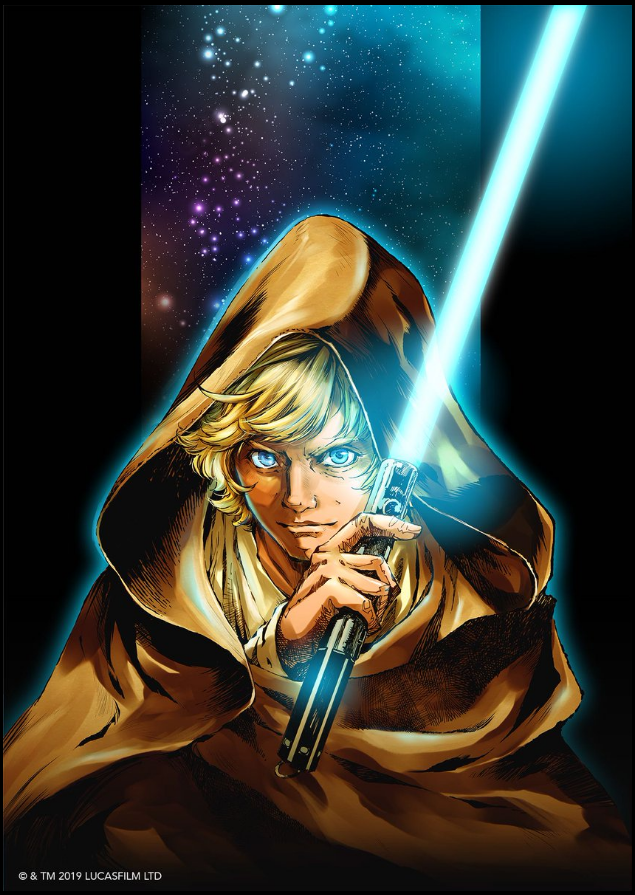 VIZ Media, fresh off a huge weekend of announcements at New York Comic Con, has officially released the press kit for their just acquired manga publishing rights to Star Wars: The Legends of Luke Skywalker by Ken Liu.

The announcement was made not only at their panel on Saturday, but the Lucasfilm Publishing panel as well the day before. At each event, we were shown a single image of Luke Skywalker

STAR WARS: THE LEGENDS OF LUKE SKYWALKER: THE MANGA is scheduled for release in early 2020. The anthology will feature a collection of stories by a cadre of renowned manga luminaries that include Akira Himekawa, Haruichi, Akira Fukaya, Takashi Kisaki and Subaru. Akira Himekawa created the bestselling THE LEGEND OF ZELDA manga franchise (also published by VIZ Media), inspired by the classic Nintendo® puzzle-solving, role-playing video games. Haruichi is the creator of Leia Organa: Ordeal of the Princess, an official Star Wars Line Webcomic based on the YA Novel, Leia: Princess of Alderaan by Claudia Gray.

With the global appeal of the Star Wars franchise, this publishing release offers an exciting new way to enjoy the brand from the perspective of master manga storytellers, says Brad Woods, Chief Marketing Officer, VIZ Media. STAR WARS: THE LEGENDS OF LUKE SKYWALKER features the dynamic vision and bold art styles of some of the manga genres most celebrated creators and artists. We invite readers to discover this release early next year.

STAR WARS: THE LEGENDS OF LUKE SKYWALKER: THE MANGA is adapted from the hit Star Wars novel, Journey to Star Wars: The Last JediThe Legends of Luke Skywalker, written by the Nebula, Hugo and World Fantasy award-winning author Ken Liu.

So, not much else is known at this point and what "early 2020" exactly means for a release date, we don't know. We've had some great manga Star Wars adaptations recently including the previously mentioned webcomic "Leia Organa: Ordeal of the Princess" by Haruichi, and Yusaku Komiyama's take on another Claudia Gray novel, "Lost Stars".

Obviously, as more comes in we'll do our best to let you know, but for now, just feast on this incredible artwork!