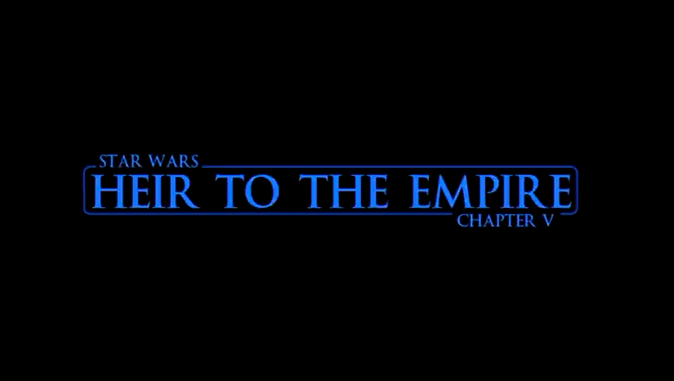 Released in 1991, "Star Wars: Heir to the Empire" by Timothy Zahn was the first of three books introducing the galaxy to Grand Admiral Mitth'raw'nuruodo, the Chiss also known as Thrawn. Zahn's trilogy was credited with revitalizing the franchise and creating a Star Wars renaissance at the time. Bottom line is, most every Star Wars fan owns these books as they are considered required reading.

Last year, Damien Valentine (Chronicles of Humanity) adapted the first chapter from that historic novel into a fun animated short, he's since given us three more chapters! Follow the links below to see the previous chapters.