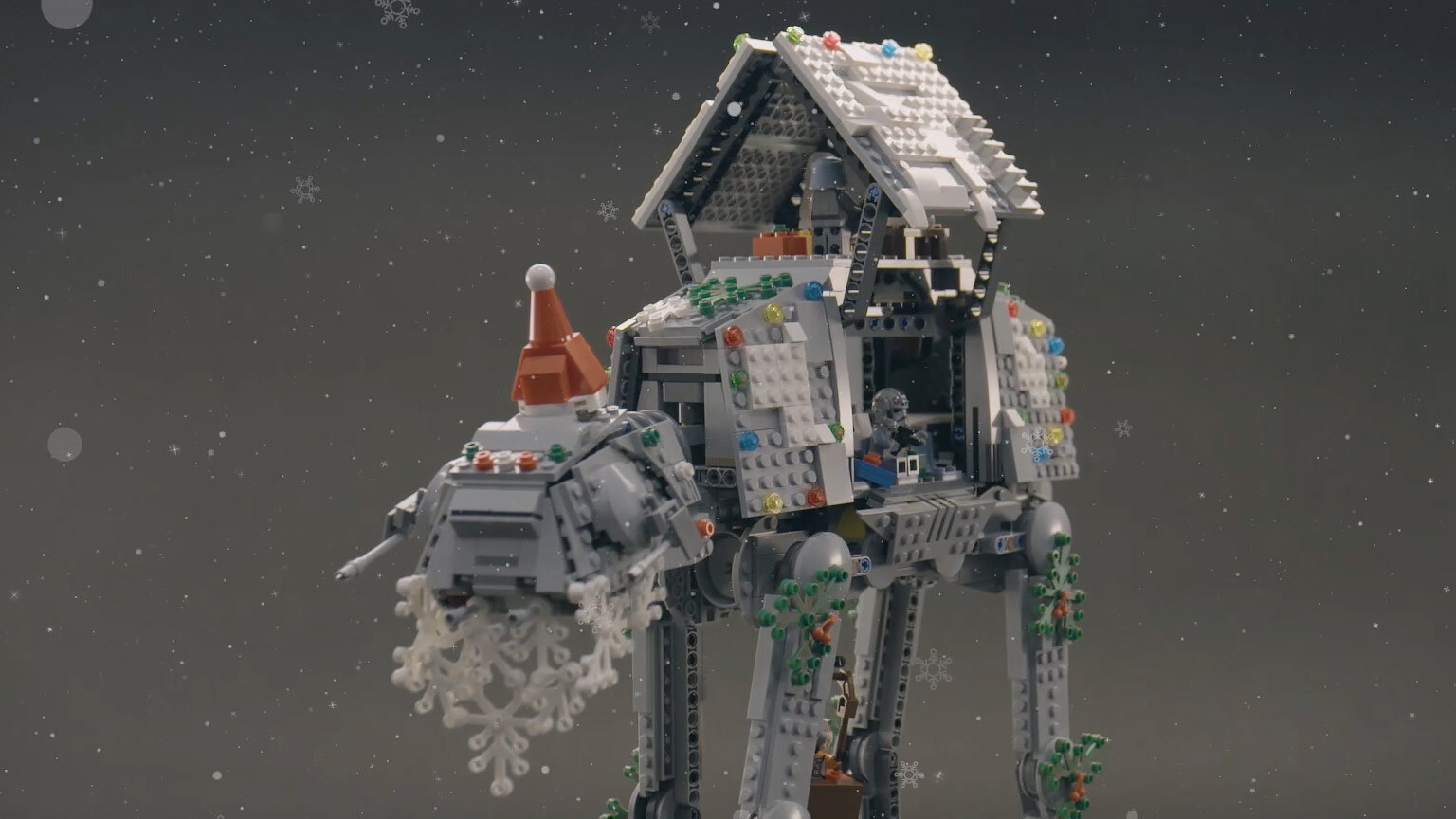 BURBANK, Calif., December 9, 2020 ― This holiday season, as part of the Star Wars: Force For Change initiative, Disney, Lucasfilm, and the LEGO Group are teaming up with the global robotics community FIRST to bring fans an exciting challenge.

Through FIRST® LEGO® League, students around the world are introduced to the basics of robotics and engineering, using LEGO bricks to build unique solutions that teach coding, creativity, and teamwork. Now, Star Wars: Force for Change and FIRST are challenging you to reimagine LEGO bricks into Star Wars holiday-inspired builds.

The contest launches December 9, 2020 at 7 am PT, and contestants must share their holiday-inspired LEGO Star Wars builds on Instagram or Twitter using the hashtag #LEGOStarWarsHolidayContest by December 23, 2020 at 11:59 pm PT. Contest announcement video can be found here. See Official Rules: U.S. & Canada visit http://strw.rs/6008HzUvK; Great Britain visit http://strw.rs/6005HM4W1. Eligible countries include the United States, Canada (excluding Quebec), and Great Britain. Contestants must be at least thirteen (13) years of age at time of entry.

With funding support provided by Disney and Lucasfilm, FIRST expands access to science, technology, engineering, and math (STEM) learning for more than 679,000 students in over 100 countries around the world. Through this ongoing collaboration, Disney and Lucasfilm are helping to deliver hands-on learning opportunities and mentorship to youth, empowering them to not only think big, but to develop the skills needed to become the next generation of diverse creators, thinkers and leaders.

More information on how to get involved in FIRST® GAME CHANGERSSM powered by Star Wars: Force for Change can be found at firstinspires.org/2021season.

NO PURCHASE NECESSARY. Enter contest between 12/9/20 at 7:00 a.m. Pacific Standard Time (PT) and 12/23/20 at 11:59 p.m. PT. Open to legal residents of the 50 U.S. & D.C., Canada (excluding Quebec) and Great Britain (England, Scotland and Wales) who are 13+ at time of entry. Limit 1 submission per person regardless of method of entry. U.S. & Canada visit http://strw.rs/6008HzUvK, Great Britain visit http://strw.rs/6005HM4W1 for Official Rules including details on how to enter, eligibility requirements, prize descriptions and limitations. Void in Quebec, Northern Ireland and where prohibited. Sponsor: Lucasfilm Ltd. LLC, 1110 Gorgas Ave, San Francisco, CA 94129, USA.

FIRST® is a robotics community that prepares young people for the future through a suite of inclusive, team-based robotics programs for ages 4-18 (PreK-12) that can be facilitated in school or in structured afterschool programs. An international not-for-profit organization founded by accomplished inventor Dean Kamen in 1989, FIRST has a proven impact on STEM learning, interest, and skill-building well beyond high school. Boosted by a global support system of mentors, coaches, volunteers, alumni, and sponsors that include over 200 of the Fortune 500 companies, teams operate under a signature set of FIRST Core Values to conduct research, fundraise, design, and build robots, then compete and celebrate at local, regional, and international events. High school students are eligible for more than $80 million in college scholarships. Learn more at firstinspires.org.

About Star Wars: Force for Change

Star Wars: Force for Change aims to create transformation and change in the lives of kids by helping to bridge the STEM skills gap, utilizing the fun and intrigue of Star Wars storytelling to inspire innovation, help build confidence and ignite curiosity. In doing so, Star Wars: Force for Change hopes to embolden and motivate the next generation of heroes and innovators, while also empowering the Star Wars fan community to use their fandom for good.

At Disney, corporate social responsibility refers to our commitment to operate our businesses in an honorable and ethical manner along with our philanthropic efforts to bring comfort, inspiration, and opportunity to families around the world. As part of these efforts, Disney is also committed to supporting the next generation of innovators and storytellers. Through a diverse suite of programs and investments, Disney is bridging opportunity gaps for youth and providing inspiration and opportunity for them to reach their full potential and create the future they imagine. To learn more about how Disney supports youth development, visit https://thewaltdisneycompany.com/investments-in-youth/.

Lucasfilm Ltd., a wholly-owned subsidiary of The Walt Disney Company, is a global leader in film, television and digital entertainment production. In addition to its motion-picture and television production, the company's activities include visual effects and audio post-production, cutting-edge digital animation, interactive entertainment software, and the management of the global merchandising activities for its entertainment properties including the legendary STAR WARS and INDIANA JONES franchises. Lucasfilm Ltd. is headquartered in northern California.

Lucasfilm, the Lucasfilm logo, STAR WARS and related properties are trademarks and/or copyrights, in the United States and other countries, of Lucasfilm Ltd. and/or its affiliates. © & TM 2020 Lucasfilm Ltd. All rights reserved.

The LEGO Groups mission is to inspire and develop the builders of tomorrow through the power of play. The LEGO System in Play, with its foundation in LEGO bricks, allows children and fans to build and rebuild anything they can imagine.

The LEGO Group was founded in Billund, Denmark in 1932 by Ole Kirk Kristiansen, its name derived from the two Danish words LEg GOdt, which mean Play Well.

Today, the LEGO Group remains a family-owned company headquartered in Billund. However, its products are now sold in more than 130 countries worldwide. For more information: www.LEGO.com

LEGO, its logo, the Minifigure and the brick and knob configuration are trademarks of the LEGO Group. ©2020 The LEGO Group. Used with permission.