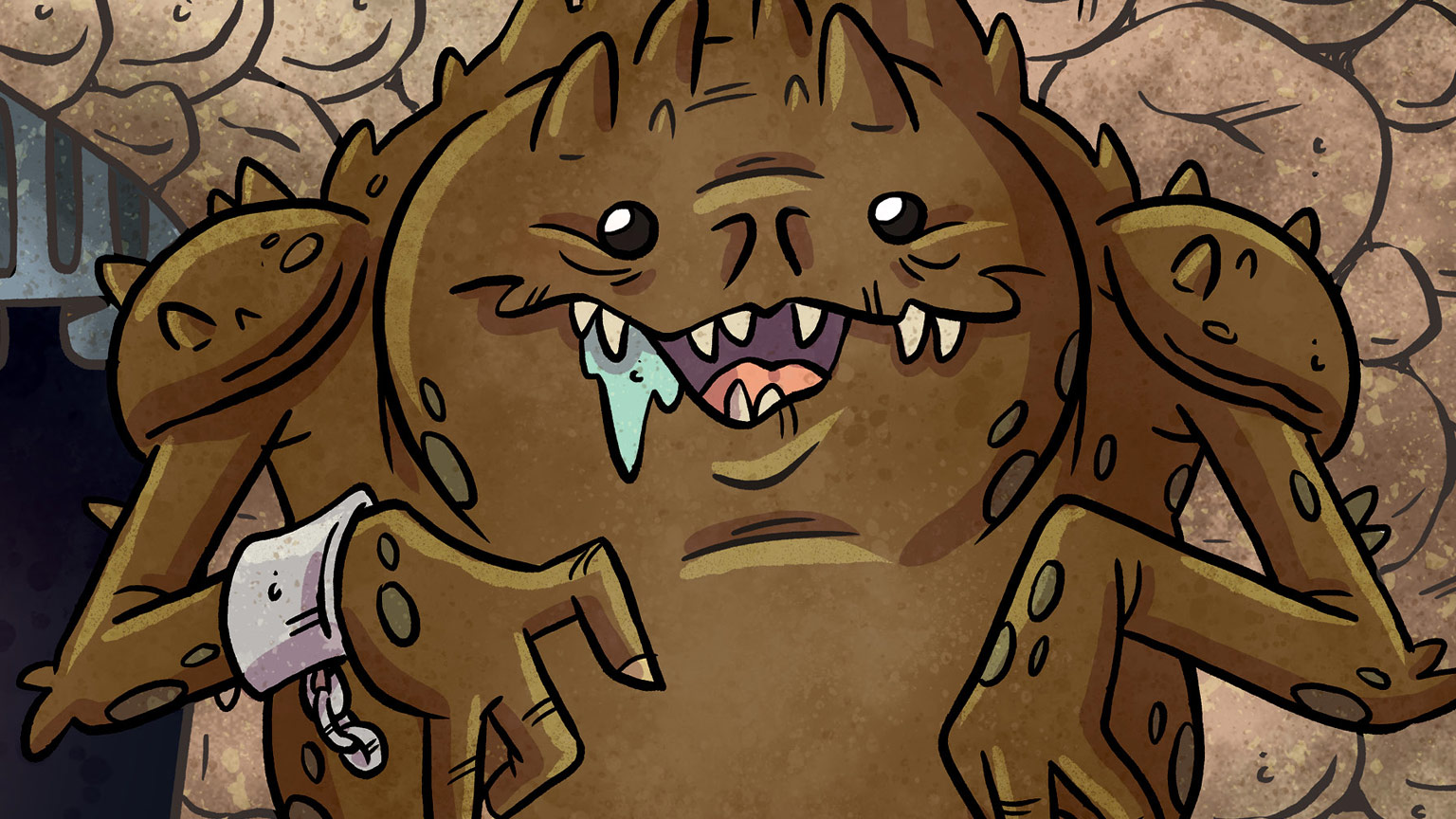 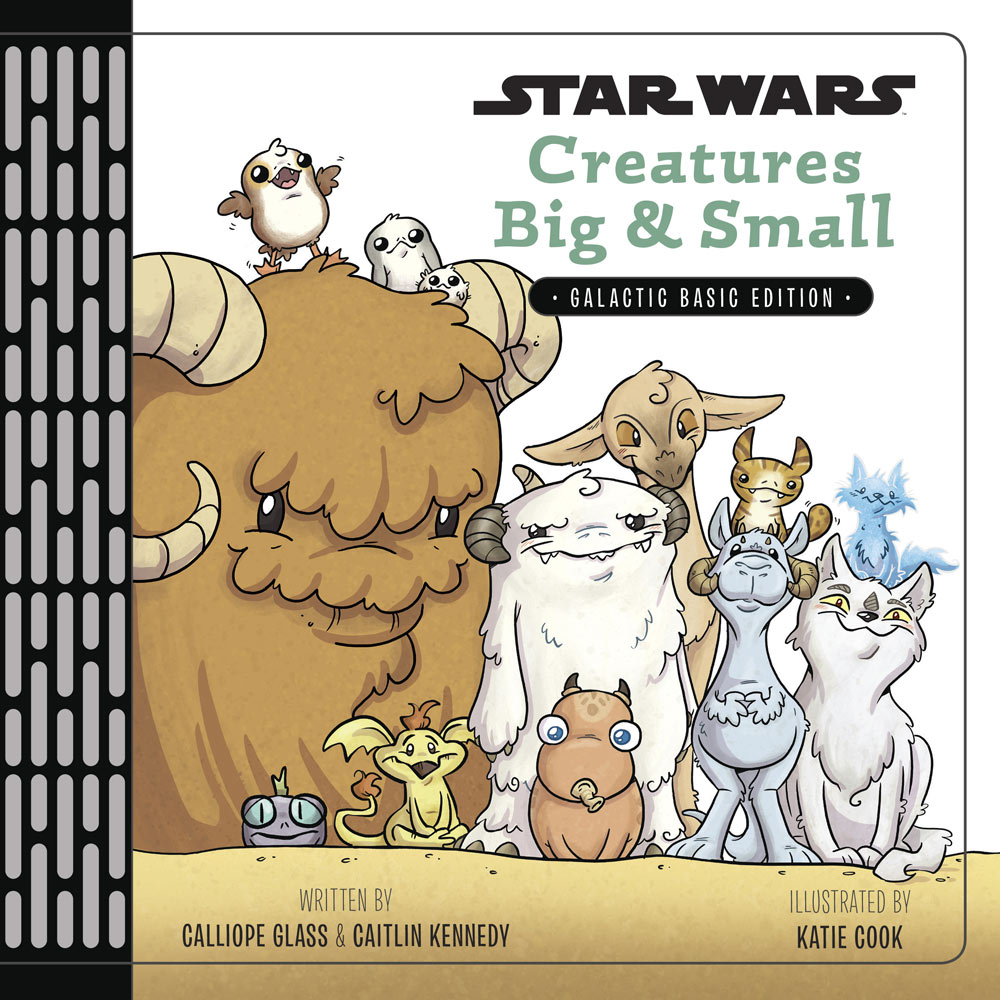 Size matters not. Look at me. Judge me by my size, do you?

In this latest entry from Disney Books, we get a guided tour, an exploration if you will, of many of the Star Wars galaxys non-human denizens, both the big and small. And our cryptozoologist for this galactic accounting is perhaps the wisest host of them all, Jedi Master Yoda.

From a small mound on Dagobah, in between training would-be Jedi, the Grand Master entertains a small audience of native species (and R2-D2), teaching us all that size truly does not matter.

From the smallest of porgs to the largest of summa-verminoth, this book by writers Callipe Glass and Caitlin Kennedy, and artist Katie Cook, is nearly an A-Z list of certainly the most recognizable creatures from the Star Wars universe.

Where is Luke during this conference? I like to think he's still in the Dark Side cave.

Ready, are you, for an adventure in rhyme and space?

The style of the book, evoking Dr. Zeuss flair for versification, is a wonderful run through many of the franchises name brand beings using rhyming schemes that make this such fun to read. It is a childrens book so dont look for an in-depth examination of the subjects, but thats not the point. The point is, and says as much on the front cover, is a basic and thoughtful introduction to these beautiful beasts for kids of all ages. Ill admit, I dont have kids myself, but enjoyed this book, nonetheless.

And the main reason for that is the incredible artwork of Ms. Katie Cook (Star Wars: OBI-123) who makes every creature, regardless of their hideous physiology, look adorable and cuddle worthy. She even manages the once thought impossible, she made Corellian Hounds look cute!

If youve seen all ten films and the animated TV series, chances are youll recognize all 30 beasties represented here. If not, then youve got some watching to do.

But those that have, all the greats are here including Tauntauns, Wampas, Loth Wolves, Falthiers, Acklays, Purrgils, and more. Theres even a Luggabeast for good measure! And Katie ensures every single one of them will elicit either a pouty lip, audible sigh, slight grin, or all three!

This marks the fourth collaboration between these three talented women, the first three being ABC-3PO: Alphabet Book, OBI-123: A Book of Numbers and Star Wars: Search Your Feelings, all of them sharing a similar tone and style. This is most definitely a case of if it isnt broke, then dont fix it, and I agree completely.

So, if you want a fun new way to introduce Star Wars to your kids, or you just want to take a little break and hit pause of the more contemplative side of Star Wars, this is the book for you.

Click HERE to read an interview with Katie Cook over at Star Wars dot com!

Star Wars: Creatures Big & Small is published by Disney Books and is available now wherever you buy your Star Wars books. If youd like to order a copy today, click HERE! 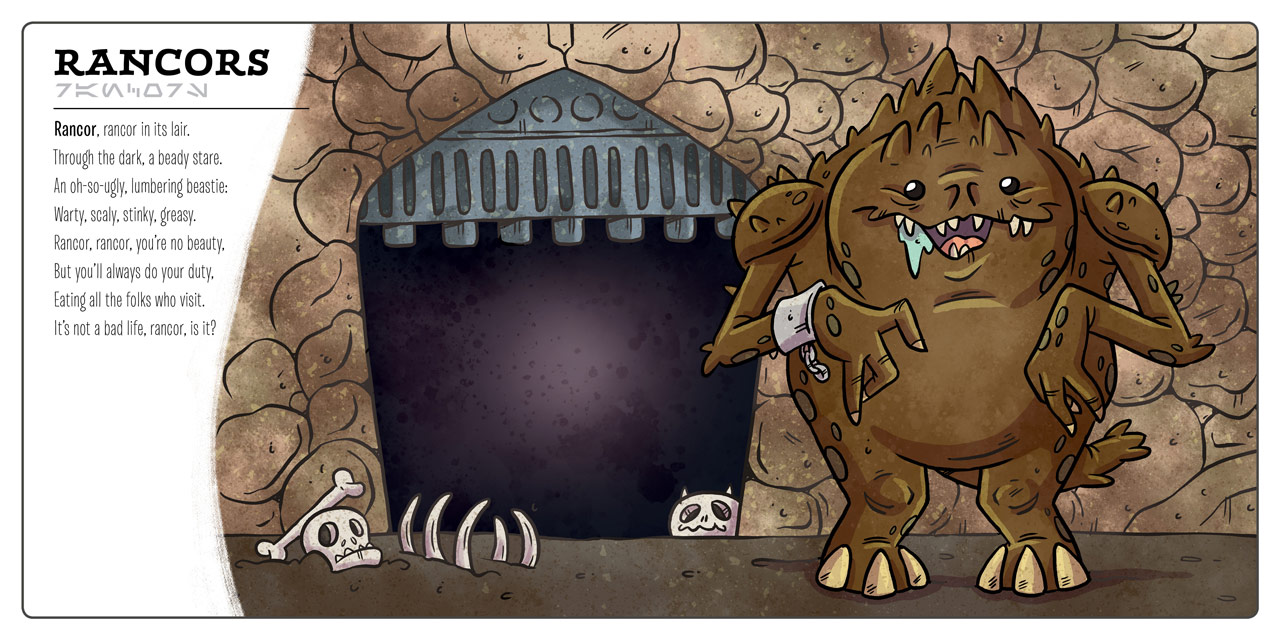 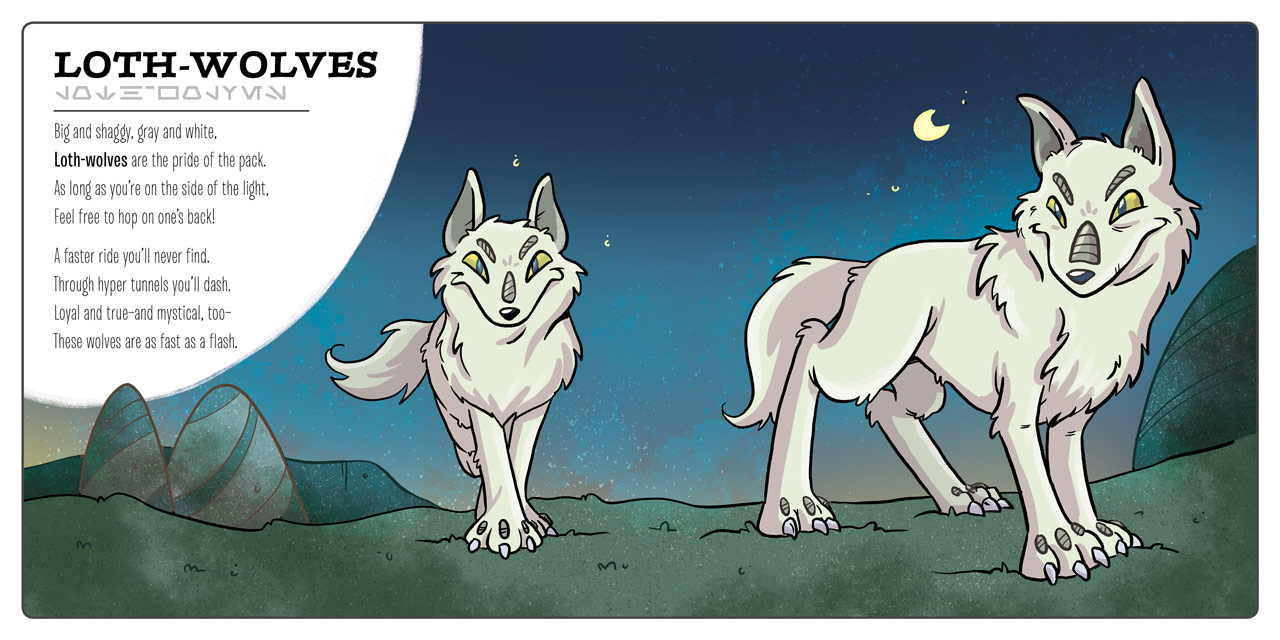 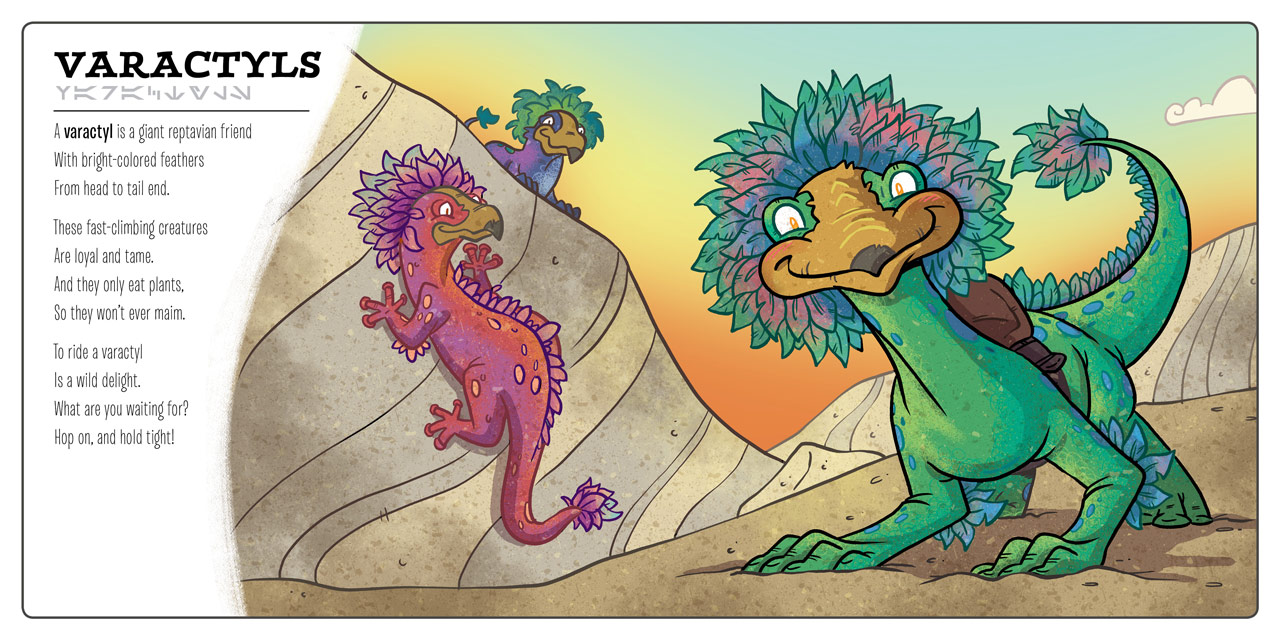