Sneak Peek At Star Wars: Women Of The Galaxy

With New York Comic Con just two days away, Amy Ratcliffe is gearing up for a busy weekend of panels and signings all in anticipation of the release of her book, Star Wars: Women of the Galaxy.

Star Wars: Women of the Galaxy, which hits stores October 30th, celebrates the women of the Star Wars galaxy from the films, cartoons, novels, comics, and video games. It features artwork by 18 amazing artists and encompasses 75 characters from across the Star Wars spectrum.

Star Wars: Women of the Galaxy arrives on October 30, but you dont have to wait until then to get a look inside its covers. Im honored to have been able to write this book all about incredible female Star Wars characters, but the art is what makes it truly special. With over 100 distinct and striking illustrations by 18 different artists for 75 female Star Wars characters, I dont think theres anything else like Women of the Galaxy. I get chills when I flip through the pages and see so many powerful and unique portraits of characters integral to the Star Wars galaxy. Im not ashamed to admit the art has caused me to hug my copy of the book more than once. I cannot wait for everyone to experience the same feeling, so I wanted to share an exclusive look at five illustrations from Women of the Galaxy with StarWars.com readers first. 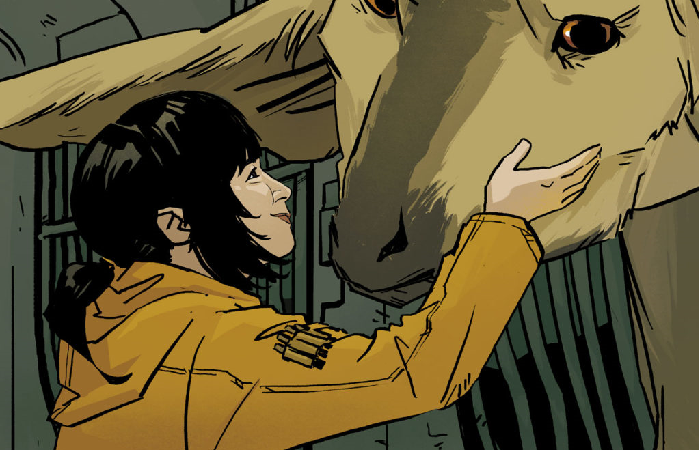 Star Wars: Women of the Galaxy is being published by Chronicle Books and is available for pre-order HERE.

To read the full story over at StarWars.com, click HERE.

A limited number of copies will be available at New York Comic Con, click HERE for all the details.

See you in New York...MTFBWY.