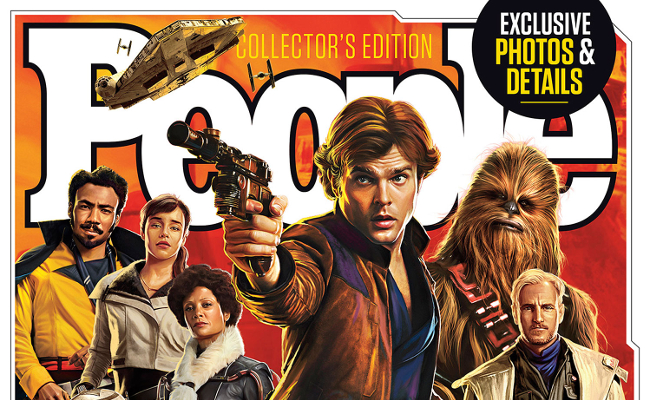 Eighty pages include a fresh adventure with beloved characters, out-of-this world creatures and a sparkling version of the fastest ship in the galaxy. Meet the newest additions to the cast and hear what they have to say about the characters they each play such as Phoebe Waller-Bridge (L3-37), Woody Harrelson (Tobias Beckrett), Paul Bettany (Dryden Vos), Thandie Newton (Val), Emilia Clarke (Qira), Donald Glover (Lando Calrissian), Alden Ehrenreich and Joonas Suotamo playing Chewbacca, and a few other familiar faces.

This inside look goes behind the scenes with the characters between the pages  within both their own lives and their movie  including exclusive photos and details. 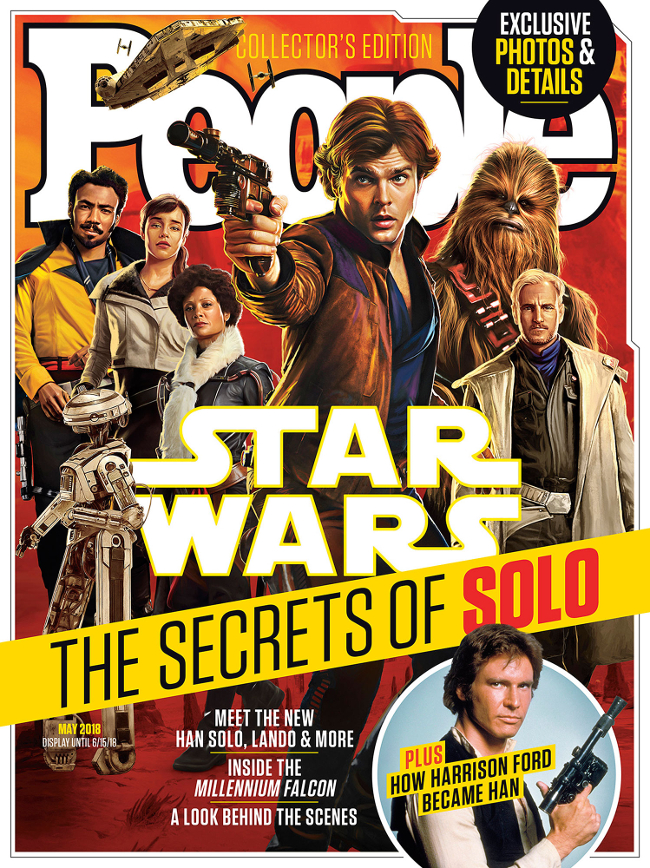