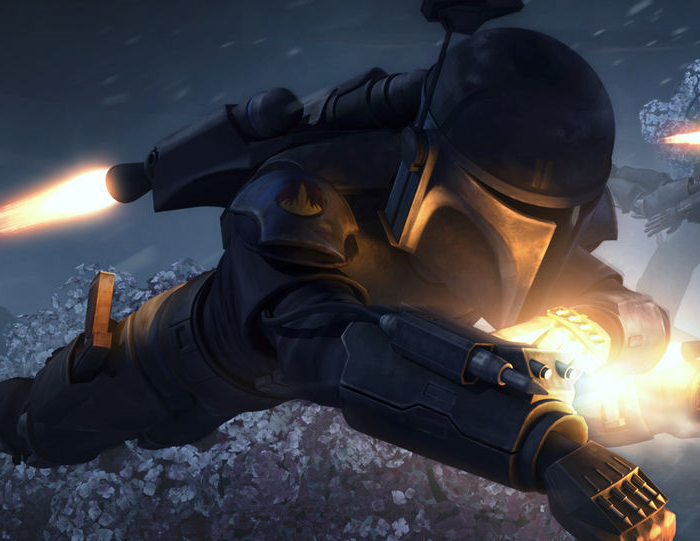 MakingStarWars.net is reporting that the focus of Jon Favreau's live-action Star Wars TV series may be on Mandalore after the fall of the Galactic Empire. If this turns out to be true it's a very exciting premise and should make a good chunk of the fanbase quite happy. So, what's been happening on Mandalore since we last saw it? Let's take a very brief look. Again, it is just a rumor at this point and no one, including MakingStarWars is stating otherwise.

I'm not getting into the history of Mandalore and its people, that would take far too long. But if you are new to Star Wars or somehow unfamiliar with it, trust me, it's a very important part of Star Wars and that's likely an understatement. If you've watched even one Star Wars film or episode of Star Wars television, chances are you've seen a Mandalorian whether it was Boba Fett (it's complicated) or Sabine Wren. 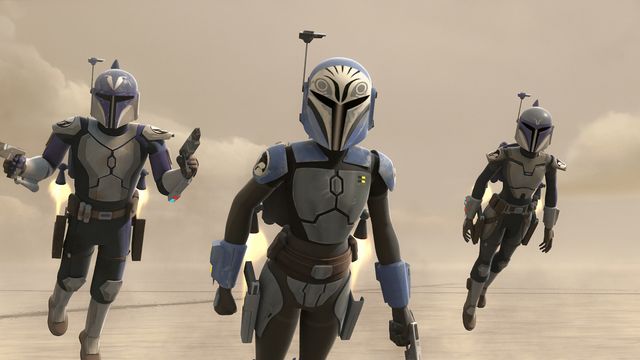 Mandalore has been mentioned in stories such as Battlefront: Twilight Company (6 BBY - 3 ABY) and The Perfect Weapon (shortly before The Force Awakens) but the last on screen depiction happened in Season 4 of Star Wars Rebels. The final season kicked off with a two-part story called "Heroes of Mandalore" and focuses on Sabine Wren as she attempts to rescue her father, Alrich Wren, from Imperial forces on Mandalore, which is in a state of civil war. The planet has been under Imperial rule since the end of the Clone Wars and keeps the local population in line with the help of sympathetic Mandalorians, namely Tibor Saxon, who is the self-proclaimed Governor.

During the rescue they learn of a super-weapon, developed by Sabine from her Imperial Academy days, that targets only Mandalorian armor. This of course leads the other Clans to distrust her and it's up to Sabine to prove herself to them, with the help of her family, that she's loyal to Mandalore and will do whatever it takes to see a free and independent Mandalore. With the help of Clan Kryze, led by Lady Bo-Katan Kryze, they are able to successfully rescue Sabine's father, destroy the weapon and Governor Saxon in the process.

Fenn Rau explained to the group that Lady Bo-Katan Kryze is seen by many as the rightful leader of Mandalore, as the Jedi made her regent of the planet near the end of the Clone Wars. The reason being she is the sister of Duchess Satine Kryze who was the last appointed ruler of Mandalore prior to a hostile takeover, by the Maul led criminal organization Shadow Collective, which resulted in Satine's death.

Less than a year later, during the Siege of Mandalore, the Republic had taken back the planet from the Shadow Collective, and although nearly losing his life at the hands of Ahsoka Tano, Maul left the planet realizing defeat. It was at this point Bo-Katan became Lady of House Kryze and Regent of Mandalore, appointed by the Jedi. However, she lost her position after the war when she refused to follow the rule of the newly appointed Galactic Empire, Palpatine and Imperial loyalists Clan Saxon. 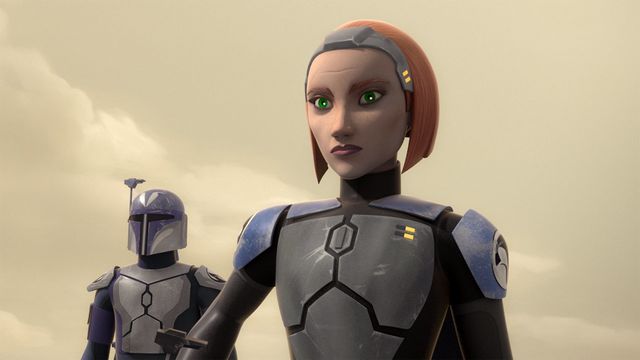 So, by the end of "Heroes of Mandalore", Sabine had proven her worth to Katan and the other houses as well, who pledged their loyalty to her. However, understanding her desire to continue the fight elsewhere with her Rebel family and realizing Bo-Katan is the true leader Mandalore needs, she gave the Darksaber to Katan who accepted that responsibility once again. With the support of the Clans and Houses, Bo-Katan Kryze was the unofficial Mand'alor and together they would ensure the remaining Imperial presence was dealt with and Mandalore would be free once again to govern itself.

This is where things get sparse as we don't know much, if anything, about the happenings on Mandalore after that. These events took place around 2 BBY and as we know it would be another six years before the Empire would eventually be defeated by the Rebel Alliance. What was happening on Mandalore during this time period isn't known or at least hasn't been canonized yet. We could look to the Expanded Universe for events that occurred on Mandalore after the fall of the Empire, but there's no guarantee Jon Favreau is looking to Legends for inspiration of any kind.

Would he be daring enough to involve the Yuuzhan Vong and show the invasion of Mandalore somehow? Or bring legendary Mand'alor Fenn Shysa into the fold? It's doubtful since the timelines don't match up, we know he intends to start his series around the 7 ABY mark. Plus, he's stated his show will introduce new characters to the Star Wars universe so that would even rule out any Legends characters I assume.

Seems like, if the story holds, Favreau will be giving us new Mandalorians involved in a new Mandalorian business. That's fine with me, but what about everybody else? Are you looking forward to new stories and new characters set on Mandalore after the fall of the Galactic Empire? Let us know!