During the most recent episode of the Forcecast podcast, our good friend Freddie Prinze Jr. dropped by for his seventh and possibly final time and as always, brought the goods. Freddie of course just finished up his tenure as Jedi Master Kanan Jarrus on Star Wars Rebels, which itself wrapped a month ago, and has been a guest of the show since the beginning.

Freddie has always been forthcoming and generous when it comes to discussing the show and the motivations behind the decisions Dave Filoni made over its four-year run. Hes been in the business for a long time now and is very busy with his own pursuits, so each visit was something special. 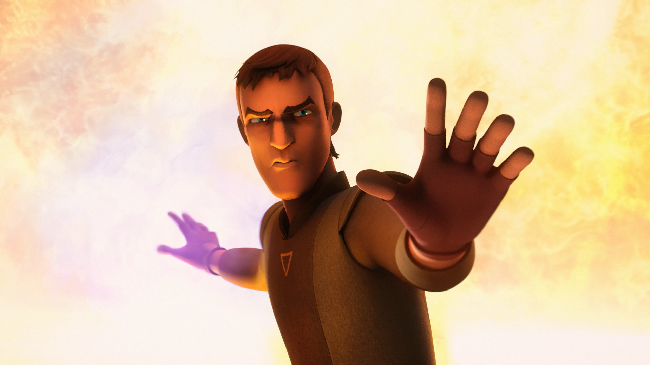 This was his first visit since the death of Kanan in the seasons tenth episode titled, Jedi Night and had many great things to say about the course of events leading to that occurrence. One of the more interesting anecdotes was the fact that Kanan almost died in Season 3 as personal issues in Freddies life meant he may have had to scale back at work

We had flirted with it at the end of Season 2, and Dave was asking if I was okay with it. He talked about focusing the season on certain characters that he had planned on focusing on anyways and that he would only really need me for a couple of super important weeks.

Obviously, this didnt happen, and things worked out for both Freddie and the show which led to the decision to keep Kanan around. Daves decision to end the show after four seasons Im sure played no small part in convincing Freddie to stick around a little longer but this early revelation and dialogue between the two gave Freddie ample time to prepare for the death of his character, far ahead of everyone else

As far as his dying and how that affects everyone I had a ton of time to deal with that. He did not tell me what would happen after that. He really wanted me to experience that with the cast.

Freddie would discuss, in great detail, the work that went into Kanans final moments on top of the fuel depot and the episodes leading up to that ill-fated sequence. Whats interesting is how Freddie gets credit for those final moments but admittedly had very little to do with the scene as Kanan doesnt utter a single word or sound.

As always, I enjoy most his insight into the mind of Dave Filoni and the process he uses to formulate the stories and his motivations behind the characters that existed prior to Rebels and those that were born from the show. They discussed how Filoni compares to other directors and how his patience and understanding of the material and characters and how hes incredibly open to ideas from the entire cast. But at the end of the day will get you where he thinks you need to be like all good directors

he gets you where he wants you, but makes you feel like you got there by yourself.

Its his closing comments however that I really want to discuss. Just before he left Freddie dropped some very intriguing insight into the fate of Kanan Jarrus and what exactly his connection was to the Loth-Wolf

The spirit of Kanan at one point is the wolf in the sense that the Force is driving that moment because thats whats necessary but when that moment is no longer necessary that spirit is then free, and that wolf is free. There is a time when Dume and the Wolf are sort of one but its not the new form that Kanan is gonna take, Kanan is most certainly gone. 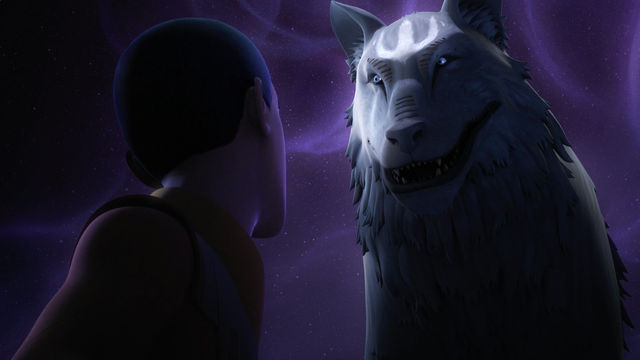 So, directly from the horses (or wolfs) mouth it appears the Loth-Wolves who are clearly Force sensitive, play the role of servants for the Jedi Temple on Lothal and occasionally serve as vehicles or conduits for bygone Jedi to conduct behaviour through. They are more than just simple Force delivery machines. What Freddie is referring to is in the final few episodes of Rebels its clear though action and physical markings that one Loth-Wolf in particular, the big one, was perpetuating at least the essence of Kanan Jarrus. This wolf aided Ezra in getting him in a position to open the Mortis gate and learn the final lesson his befallen Master had planned for him in the A World Between Worlds episode.

What wasnt so clear at the time, but is now, is that whether Kanan had materialized into the physical wolf form and thats where he would remain. Turns out, according to Freddie, thats not the case and Kanans Force spirit while not part of that Loth-Wolf any longer, is somewhere else. Where? We dont exactly know, and we may never find out if what Freddie says is correct. He made of point of saying that Filoni uses the death of certain characters as a mechanism to advance the growth of others, and while they may remain a part of our memories, there is a certain finality to their death. Remember, a wise Jedi Master once said when referring to the Padawan/Master relationship, we are what they grow beyond.

As for wrapping up Kanans story Freddie ended with this gem for as he put it, the hard-core Rebels fans

If you wanted to know more about his history or his origingo back a few episodes and go into the cave and look at the hieroglyphs and just know that those hieroglyphs arent as old as you might think.

The episode(s) hes referring to is Kindred and a little bit of Crawler Commandeers where the Loth-Wolves lead them into the caves around the Jedi Temple. When they enter they are surrounded by cave drawings or hieroglyphs that appear to tell the history of the Jedi and the Jedi Temple on Lothal. 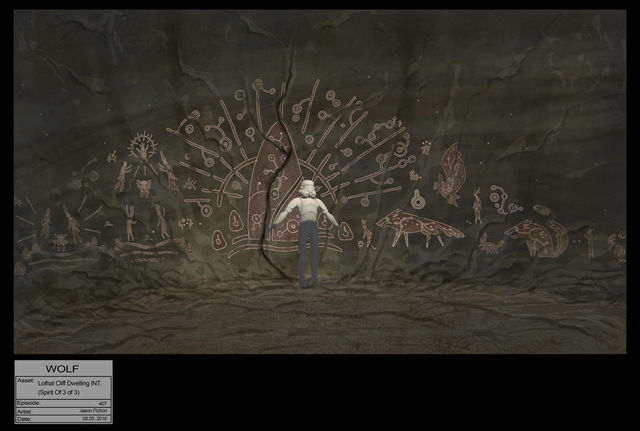 The inference is that these drawings go back millennia, certainly well before Ezra and Kanans time, and if they could decipher them they could learn the secrets held within the temple. Turns out the answer was right in front of them the whole time if what Freddie says is correct. One section of the drawing in particular depicts what clearly is a child being led by adults (and wolves) to the Temple and that those beings are clearly Force sensitive. What Freddie is implying is that the child represents or is the physical embodiment of Kanan Jarrus and that his roots can be traced back to Lothal and the Temple.

This makes sense for many reasons not least of which is we dont yet know the origins of Kanan Jarrus aka Caleb Dume. All we know is that he was born in 33 BBY, never knew his parents and was taken to the Jedi Temple on Coruscant at a very young age, which he considered his home world. So, theres creative space there that is most certainly open to interpretation as far as his very early few years is concerned. And Star Wars is so often wonderfully symmetrical that it would be a beautiful concept that Kanans life and relationship with the Force would end where it started, on Lothal.

Not to mention all the supposition throughout the series about the strong connection the team has had to Lothal and Ezra and that their paths always seemed to lead back there, now makes the most sense. Turns out the reason was Kanan the whole time...wonderful.

Looks like Father Dave was playing us the whole time, as usual.

If you havent heard the latest episode of the Forcecast featuring Freddie Prinze Jr, you can do so by clicking HERE.