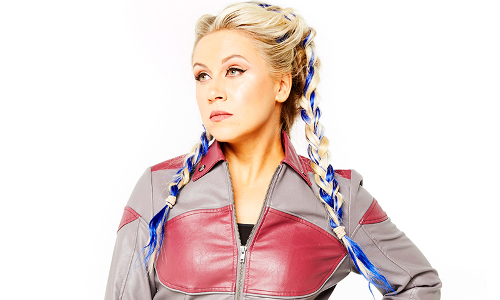 "After walking away from the Jedi order in Star Wars: The Clone Wars, fans wondered whether Ahsoka survived Order 66, and if so, what she was doing. She surprised fans when she showed up on Rebels as Fulcrum, one of the leaders of the rebellion. Ahsoka is one of the strongest characters in Star Wars and I wanted to make this jacket to celebrate her and inspire fans to be powerful like Ahsoka when they wear it." - Ashley Eckstein, voice of Ahsoka Tano 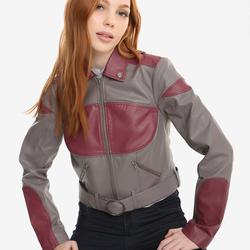 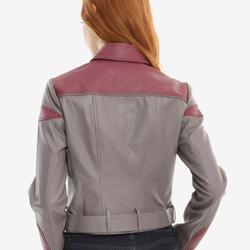 Dress as our favorite Star Wars character, Ahsoka Tano, in this faux leather jacket inspired by her costume in Star Wars Rebels. The slate and plum faux leather jacket is accented with burnished silver hardware, including snaps on the collar, zipper closure hip pockets, the buckle on a removable belt and a center zipper closure. A Fulcrum symbol is discreetly embroidered on the center back and the blue and white satin lining is inspired by Ahsoka's Lekku.

Click here for all the details on how to get one for yourself!