It's Star Wars Day and that can only mean one thing...

Clone Force 99 is back in action in their very own brand new series! Starting today, you can stream the first episode of Star Wars: The Bad Batch titled "Aftermath" exclusively on Disney+ and it's a thrilling 70 minutes long. The show is offered in the same format and animation as the beloved Star Wars: The Clone Wars with veterans Tom Kane narrating and Kevin Kiner bringing us another brilliant score. There are other Star Wars actors who reprise a previous role and some that are in an all-new role.

Hunter, Tech, Crosshair, Wrecker & Echo make up Clone Force 99, an experimental unit of clones that forge their own path and rarely follow orders, all while getting the job done and completing each mission. We were first introduced to these fine clones back in April of 2015 during Star Wars Celebration Anaheim and they've been growing more popular ever since. Dee Bradley Baker is back to voice each one of the Clone Troopers in the show and his switching between characters in real-time is really something special. 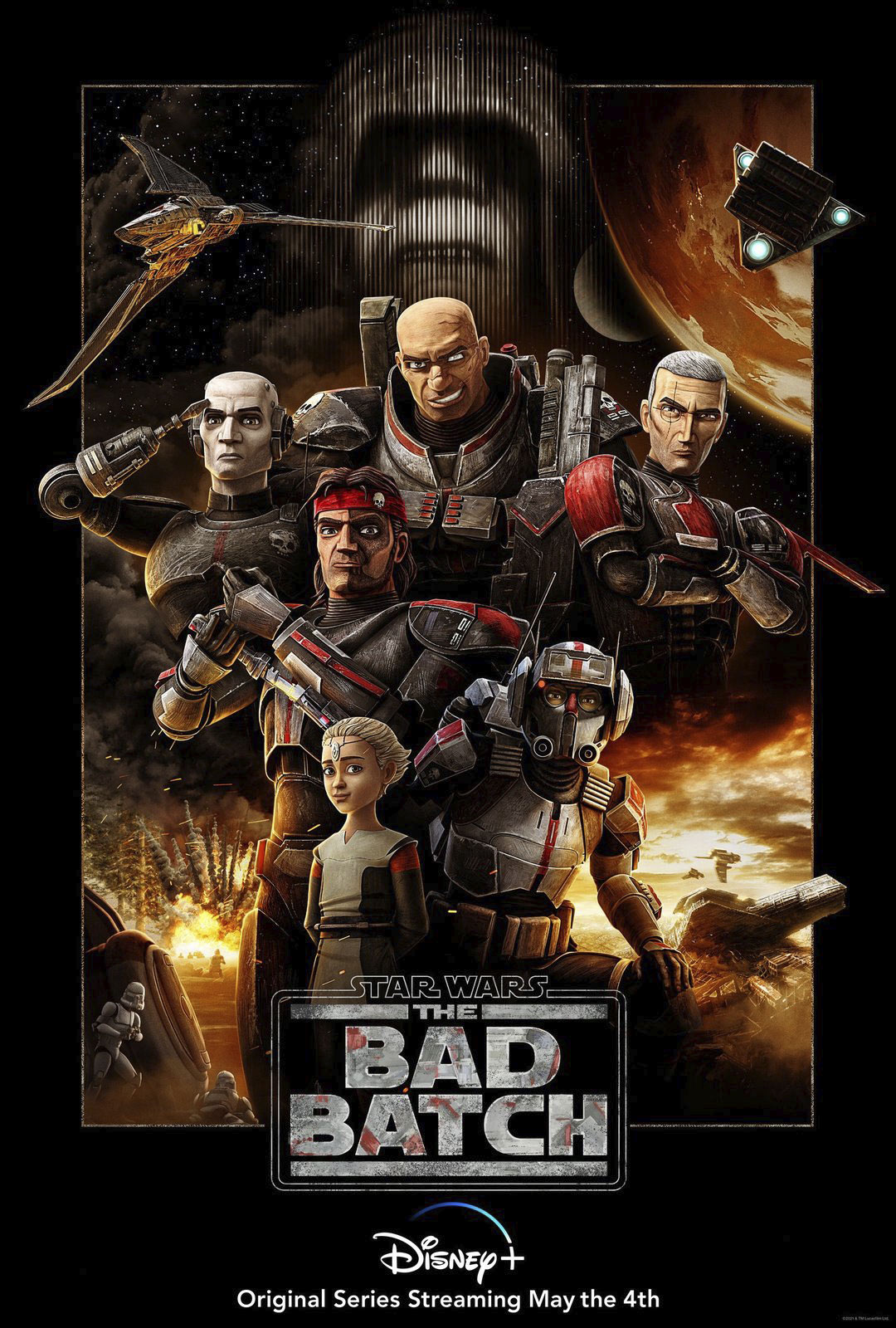 TheForce.net recently participated in the official Star Wars: The Bad Batch Press Conference that not only featured Dee Bradley Baker, but also Supervising director and executive producer, Brad Rau & head writer and executive producer, Jennifer Corbett. We got some great insight into each of these characters from the team. Of the five squad members, Dee had this to say (paraphrased:

"You've got Hunter, who's kind of leader of the pack. He's got tracking skills and smell and kind of this heightened sense that helps him gauge the terrain. Then you've got Tech, who is very technically oriented. Always has like a handheld device that he's working on and is super cool, super calm, and competent with all things technical. Then you got Wrecker. Who to no surprise is the muscles of the group who's got incredible, incredible strength. Then you've got Crosshair, the sharpshooter of the group, who is kind of a contrary character and quite interesting in the dynamic. And then you've also got Echo, who is a modified clone. An android clone from the Clone Wars episodes, who was brought on board with the Batch."

 Star Wars: The Bad Batch, launches tomorrow on Disney Plus. I cant sleep. Can you? #BadBatch #DisneyPlus #starwars pic.twitter.com/7z50D6cOlP

When asked about whether or not The Bad Batch would have a set number of episodes, Brad Rau simply said "There's a plan.", so from that, it sounds like the show will be limited and continue as long as it makes sense to get to whatever the next chapter of the Star Wars Saga Lucasfilm wants to feature.

The show has a gritty, rough tone about it. It's dark and full of tense moments very similar to Rogue One. Simply put...it's Star Wars.

In this first episode, we are introduced to a new character named Omega, voiced by New Zealand actress, Michelle Ang. She is a big fan of Clone Force 99 and her interactions with them really get your head spinning with possibilities and questions. It will be interesting to see how her role is revealed in future episodes and of course, we'll be following her story with great interest. The squad finds themselves in some precarious situations and at times, your hair will stand up with anticipation for what comes next. 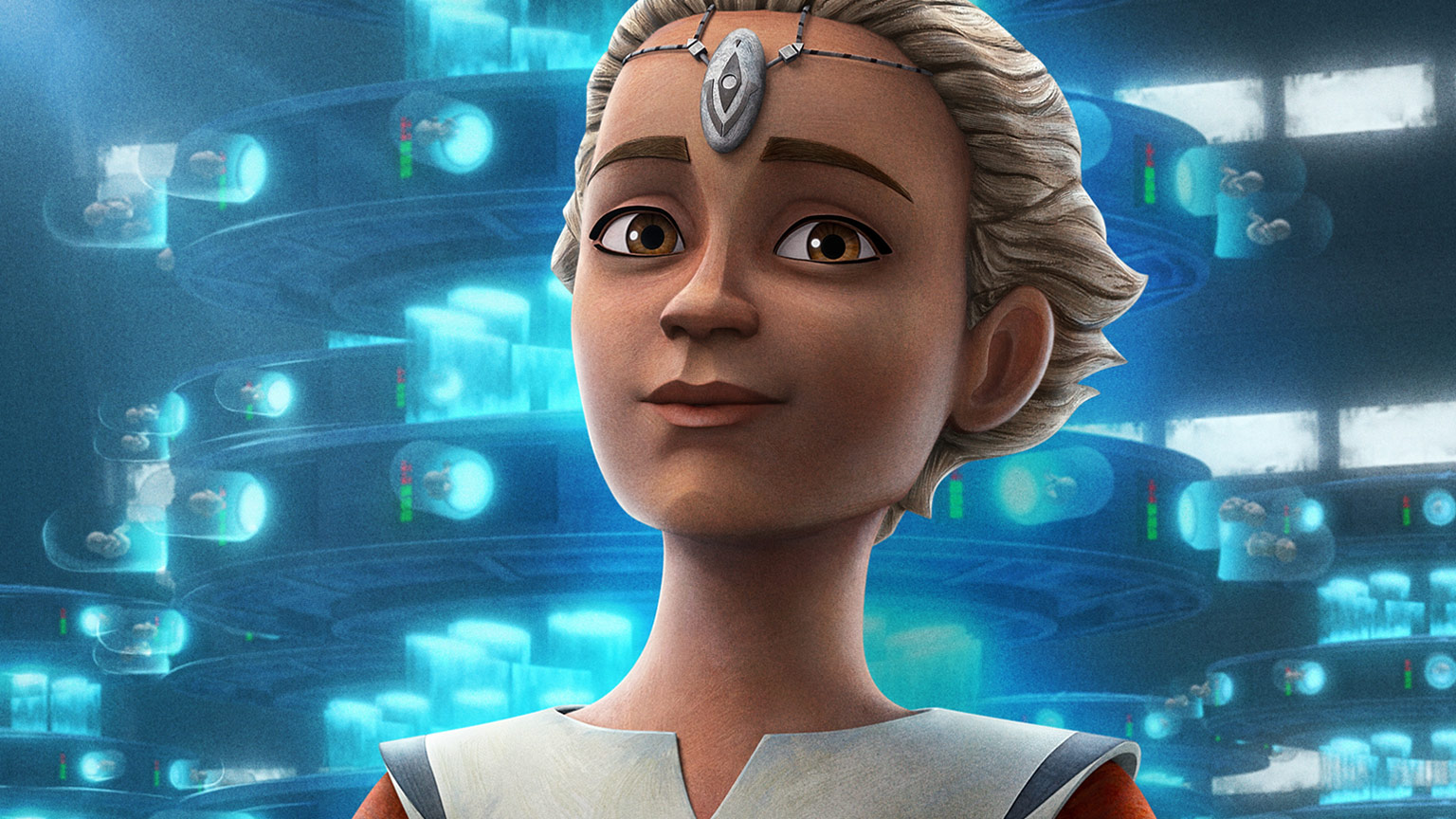 The timeline that the characters are being presented in is a very exciting part of Star Wars and it's clear that there are still stories to tell within it. We have movies, television, literature & video games about this era and yet, here we are, discovering even more amazing stories based around the time of Order 66 and beyond.

It's handshakes and high-fives to everyone involved at Lucasfilm & Disney that brought us The Bad Batch. As long as they keep these coming, we'll be right there eagerly awaiting the next one, and the next, and the next...

If you haven't already done so, go watch "Aftermath" now and enjoy as we celebrate Star Wars Day!