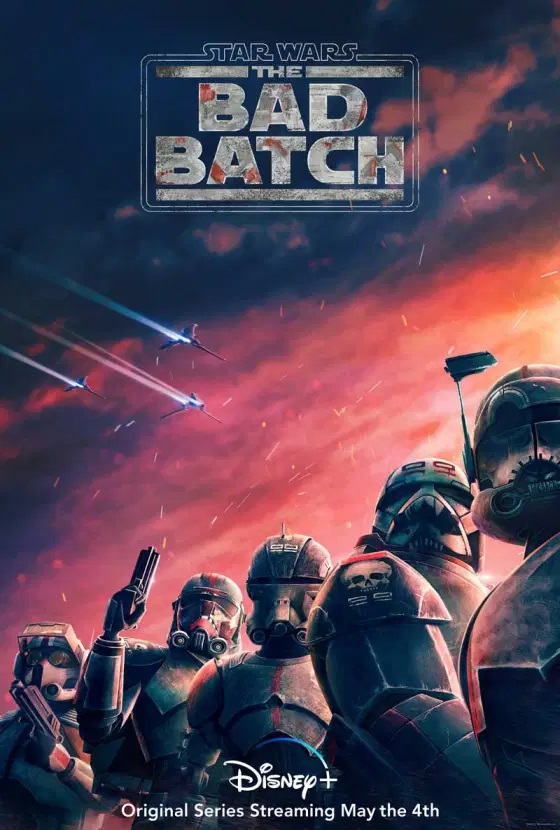 Star Wars: The Bad Batch makes its debut on Tuesday, May 4, with a special 70-minute premiere, followed by new episodes every Friday starting on May 7.

The Bad Batch follows the elite and experimental clones of the Bad Batch (first introduced in The Clone Wars) as they find their way in a rapidly changing galaxy in the immediate aftermath of the Clone War. Members of Bad Batcha unique squad of clones who vary genetically from their brothers in the Clone Armyeach possess a singular exceptional skill that makes them extraordinarily effective soldiers and a formidable crew.