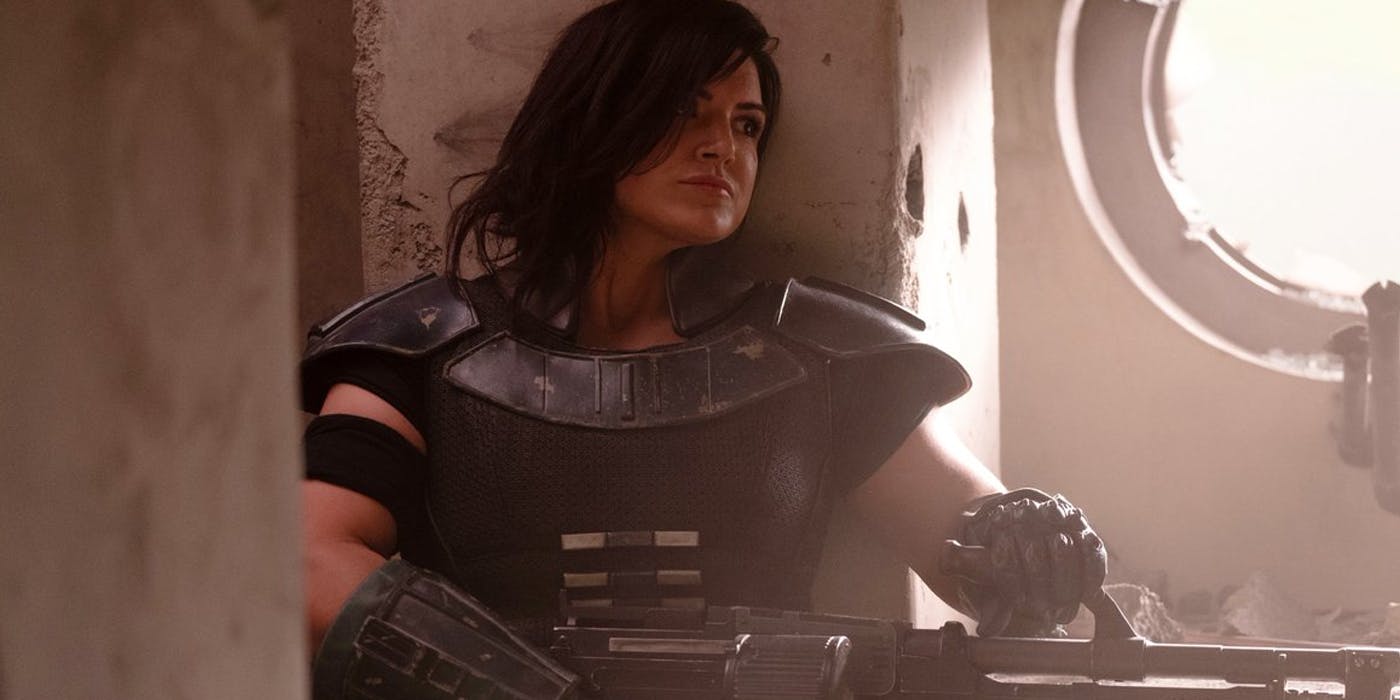 Gina Carano Talks About Jon Favreau And The Mandalorian

Gina Carano is playing Cara Dune in the upcoming Disney Plus live action Star Wars series, The Mandalorian. During her first big scene Jon Favreau gave her some inspiration. Read below...

However, it was a moment on the Mandalorian set, with executive producer Jon Favreau -- whom Carano raves is a "wonderful man" who provided an experience like no other on the secretive Star Wars project -- that was a true eye-opener for the 37-year-old star.

"I was welling up with tears," Carano continued, remembering the emotional moment. "And I went out and I crushed that scene. And it was like, a scene when I first read the script I was like, 'Oh gosh, this is more than I've ever been given -- how am I going to do this?' And then, with him, I really trained for it, and I really was present... He believed in me and it helped me believe in myself."

"I couldn't thank him enough, because I feel like my whole life since I shot that has been a different world," she added.