Just a little over a month ago I wrote about five directors who I thought would fit in perfectly in the Star Wars universe and should direct an episode of The Mandalorians second season. Names like Jordan Peele, Ryan Coogler, and Ava Duvernay, big time directors who have made some of the biggest movies of the past decade and as much as I would like all of those directors to tackle Star Wars, theyre probably pie in the sky type names. Since the last piece it was announced that The Mandalorian and Rocky star, Carl Weathers would be directing at least an episode in season two along with Jon Favreau and Rick Famuyiwa. This was certainly a surprise to be sure but a welcome one,granted Weathers has a dozen directing credits, but he wasnt a name we had even considered.It appears that Favraeu and Lucasfim are going with directors who they trust who might not be those big name directors, which got me thinking. There are plenty of terrific directors who aren't necessarily who we would immediately think of, but would make fantastic additions to the Star Wars universe.

Here are five more directors who would make fantastic contributions to the Star Wars family. 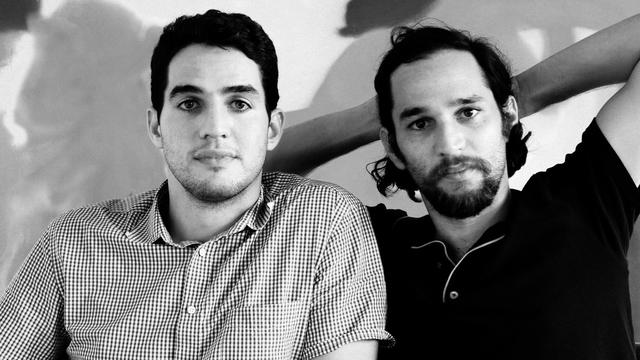 Ill admit until very recently I had no idea who the Safdie Brothers were, then I saw the trailer for their upcoming film, Uncut Gems. It was cool, exciting, and it just looks like a lot of fun featuring what appears to be Adam Sandler actually trying to act, something he hasnt done in quite some time.

That trailer got me interested in some of their other films and thats when I found Good Time, a movie featuring the future Batman, Robert Pattinson and I loved it. It starts as a heist film and turns into this thriller/family story that manages to be funny, exciting, and weird. Good Time and Uncut Gems show the dirty side of the shadowy underworld of New York City and given that were taking a deeper look at the shadowy underworld of a lawless galaxy, they would be a perfect fit.

Theres no doubt that their films are a lot more adult and mature than Star Wars, but Ive seen enough from them to think that what makes their films so great could translate into Star Wars, especially a show like The Mandalorian. Funny, exciting, and weird are all things I would use to describe Star Wars and I would love for them to bring their creative vision to a show that would really allow them to show what theyre great at. 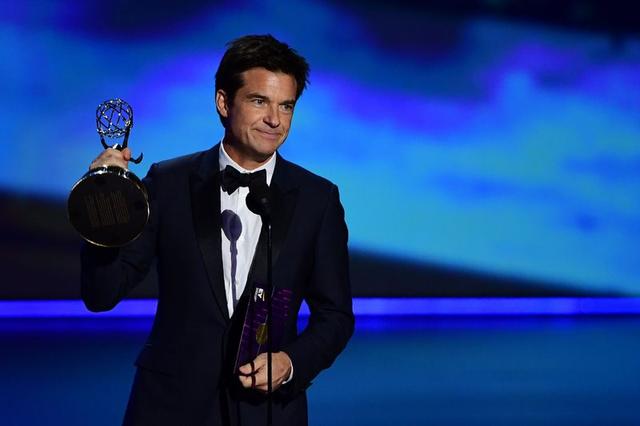 Now the story of a director who became famous for being an actor, and the one Star Wars show that brought us all together, its Jason Batemans Mandalorian Development.

Jason Bateman is probably best known as Michael Bluth from the classic series Arrested Development, the only sane person in an incredibly inept and criminal family. Traditionally Bateman has almost universally been in comedies, and even when he dipped his toe in the directing waters, he pretty much kept to them as well. So why would someone like him do so well with The Mandalorian? One word, Ozark.

Ozark, the hit crime drama on Netflix has Batemans fingerprints all over it, where he plays the lead role of Marty Byrde, a financial analyst who moves his family to the Ozarks to launder money for a vicious Mexican drug cartel. Think Breaking Bad but instead of chemistry, its numbers and money laundering. On top of staring in the lead role Bateman has directed a number of episodes of the series and recently won an Emmy for his direction.

Like the Safdie Brothers, the show does a great job of showing the underworld of the Ozarks and the Cartel and making it both parts compelling and terrifying. With Bateman bringing his A-game with his acting and direction, its crazy to see him in a role so different and doing a great job with it.

Before its release, Bateman worked incredibly hard to do something completely different than what he was used to and spent a lot of time hiring the right people to bring into the show. Everything that Ive read about the production of the show talks about how committed he was not just to his role, but how seriously he was about directing and I think it shows. Its exactly that kind of dedication that I think he would bring to The Mandalorian, plus it would be another step towards more respect as a director. Playing in the Star Wars sandbox is incredibly tempting and with his experience on Ozark, and with all his other shows and films, I think he would be an excellent choice. 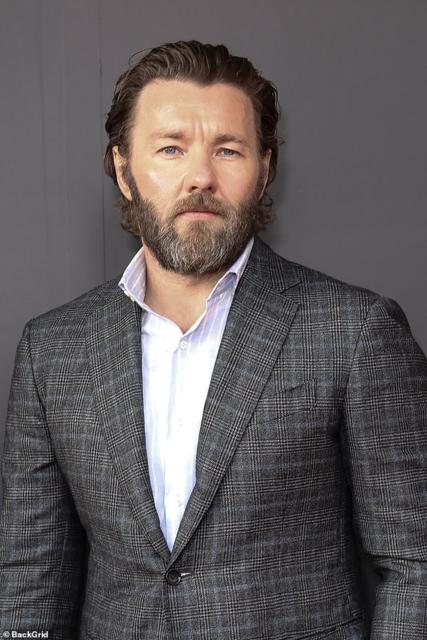 Young Uncle Owen? I know, I know, but I think hes more than deserving of a shot to direct an episode of The Mandalorian. Besides his obvious participation in the Star War universe in Attack of The Clones, Edgerton is an excellent story teller, no more so is this apparent than in his first film The Gift.

The Gift was written and directed by Edgerton and stars previous entry on this list, Jason Bateman. Its a psychological thriller that goes to some really insane and unsettling places all while keeping you guessing whats coming next and never knowing where its going. It was an incredible first foray into directing. Since The Gift, hes directed one more movie, Boy Erased, which continued his direction toward a serious director.

I think that Edgertons serious films make directing an episode or two of a Star Wars show really attractive for him because it allows him to do something completely different all while being able to dive into the more adult tone that The Mandalorian will be taking. If its not an episode of this series, at least have him involved with the Obi-Wan series. It makes sense for Uncle Owen to be back and he could be an invaluable asset in whatever project youd involve him in. 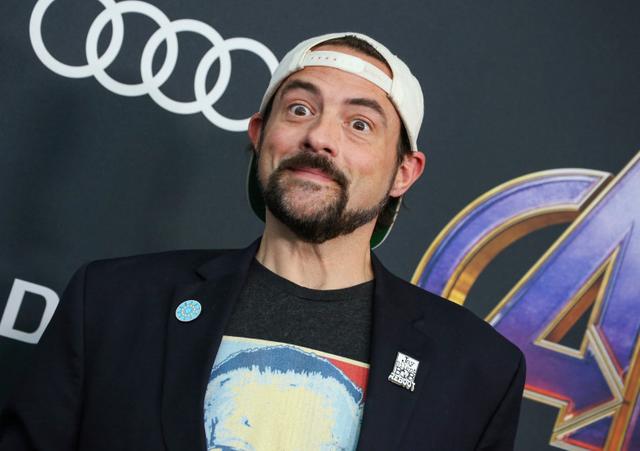 I dont think anyone short of Dave Filoni has more respect for a galaxy far, far away and would be more deserving of a director spot than Silent Bob himself, Kevin Smith. First blasting into the lexicon with his indie darling film Clerks in 1994, Smith introduced the world to a shared cinematic universe now commonplace with the MCU with his View skewniverse. Connecting all of his films with either cameos from characters seen in previous films or flat giving previous side characters their own films ala Jay and Silent Bob.

Smith is a notoriously huge Star Wars fan and inserts his love for it in his movies most famously
in both Clerks and Clerks II where Dante and Randall argue about the contractors on the Death Star and which third film was better, Return of the Jedi or Return of The King. Smith has experience in filming both film and television most recently directing episodes of The Flash and Supergirl and hes currently on tour with his latest film Jay and Silent Bob: Reboot.

I think what makes The Mandalorian so special is the people behind the series are such humongous fans of the world they get to play in and the excitement that everyone involved from Jon Favraeu, Dave Filoni, and the actors is palpable. Now take one the biggest Star Wars fans in the world, who happens to be a wonderful director, who has openly weeped during his Star Wars reviews on Youtube, and let him play around in the world he loves so much. The heart and respect he would bring to the show and set would be special and as a huge fan of Smiths movies and podcasts I would just be excited to see his stories and reactions to filming a Star Wars anything.

This is 100% a sentimental/ nostalgic pick for me because Im such a huge fan of his movies, but call me crazy, but I think this could very easily work. Just as long as I dont see Jay or Silent Bob in the background in Tatooine yelling Snoochie Boochies!. 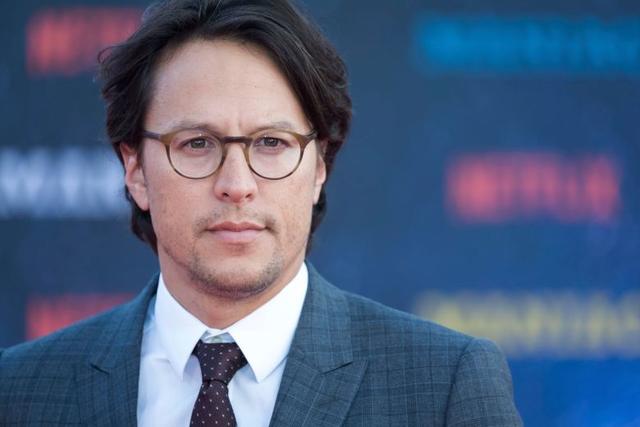 Cary Fukunaga is a director who is about to get a lot more attention in the next several months because of the most famous spy of all time, Bond, James Bond. Over the past several months Fukunaga has been busy with the latest Bond film, No Time to Die, serving as a writer and director of the 25th Bond film coming next year and he was named director for a reason, hes incredibly talented and has some impressive credits to his name.

Most would recognize his name from the first season of the critically acclaimed HBO series True Detective where he directed its first season and won an Emmy for his direction in the series. Beyond that he also directed the Netflix film starting Idris Elba, Beasts of No Nation and wrote the screenplay for one of the most successful R-Rated films of all time, It. Fukunaga has an incredibly impressive resumé and his work suggests that he would fit right into the impressive list of directors that The Mandalorian already touts.

As Ive said time and time again, I dont necessarily care what kind of films that youre done, if you tell an effective story, thats it, thats all that matters to me and time and time again Funkunaga has proven that. He understands how to make a series poignant and effective and something that stays with you. If hes at all interested, you have to add him to The Mandalorian bullpen.

Alright everyone, what do we think? Who would you want to see direct an episode of The Mandalorian and why?