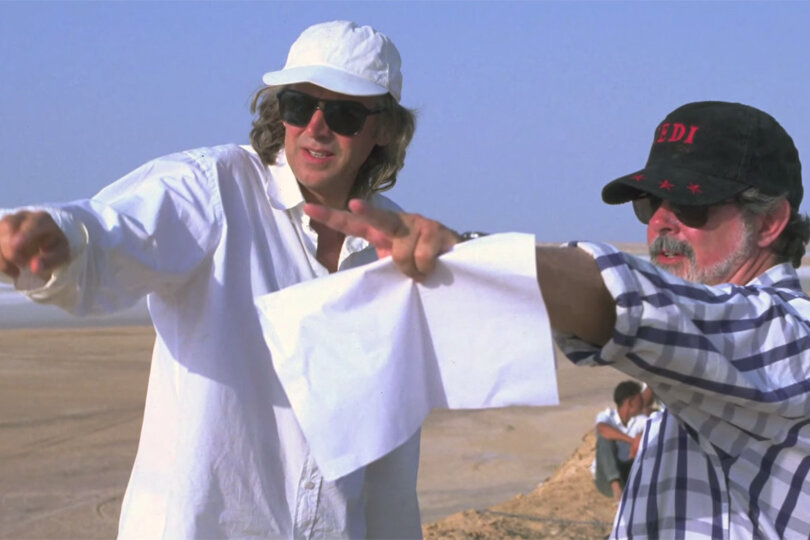 TheForce.Net got a chance to sit down with Oscar-winning set decorator and director Roger Christian to talk about his Star Wars experience and his upcoming documentary on the making of Star Wars, Galaxy Built On Hope.

Part of the Star Wars fan experience, it seems ever since the first movie came out, has been consuming these behind the scenes materials. Star Wars was the first movie that had a fan base completely devoted to understanding how the movies were made, as opposed to just enjoying the story. Why do you think that is? And why do you think that continues to be something that fans are super curious about?

I think it just worked for everybody. I'd always read science fiction. I liked it. I liked authors like Arthur C. Clarke, this was amazing writing! There was a supercilious attitude about it in Britain at the time, I was always told that it's not Shakespeare is it? You know, it was a put down that I was reading science fiction. Well, these are masterful writers. I mean, you know, and fantasy writing was included in that, although they regarded Tolkien with somewhat of an esteemed air, but still it never made it into the popular genre. Any science fiction movie that I'd seen before that I really could not connect to. All over the design, they somehow thought well, everybody's got to have a near blue collar and a gray jacket, and guns that go beep and don't work and overdesigned sets. It somehow was this clinical strange idea about the future, so there was no connection to it. The only film I connected to really was Alphaville, that Jean-Luc Godard had made with no money. He turned Paris into a kind of science fiction city and I thought that was really interesting.

When Star Wars comes out, obviously there was a huge, subconscious connection which was intended by George from Joseph Campbell's mentoring that taught him how to connect the keys to the hero's journey into Star Wars. George took that attitude that he would tell an amazing story. So I think it entered the subconscious of a world without them realizing it, that it was something they needed. I think it was something that was required in everybody. So I think that led to such an interest in what had happened when this movie came out. It was made with very little money. I used scrap and old camera parts to make everything, but I think nobody thought all this is science fiction. It's a kind of world that we can identify with. And I think that's why there was this huge interest and fan base that wanted to know everything about this, why this was new, this has never happened before.

You know, if you have a historical movie, then people could look at books about it after, because there was no Internet, there was none of this stuff. So you could look and find out more and maybe you're interested. With Star Wars George created a myth for the cinema age that was global. I think that attracted so much interest in it, that people wanted to know all about it, behind the scenes, everything! 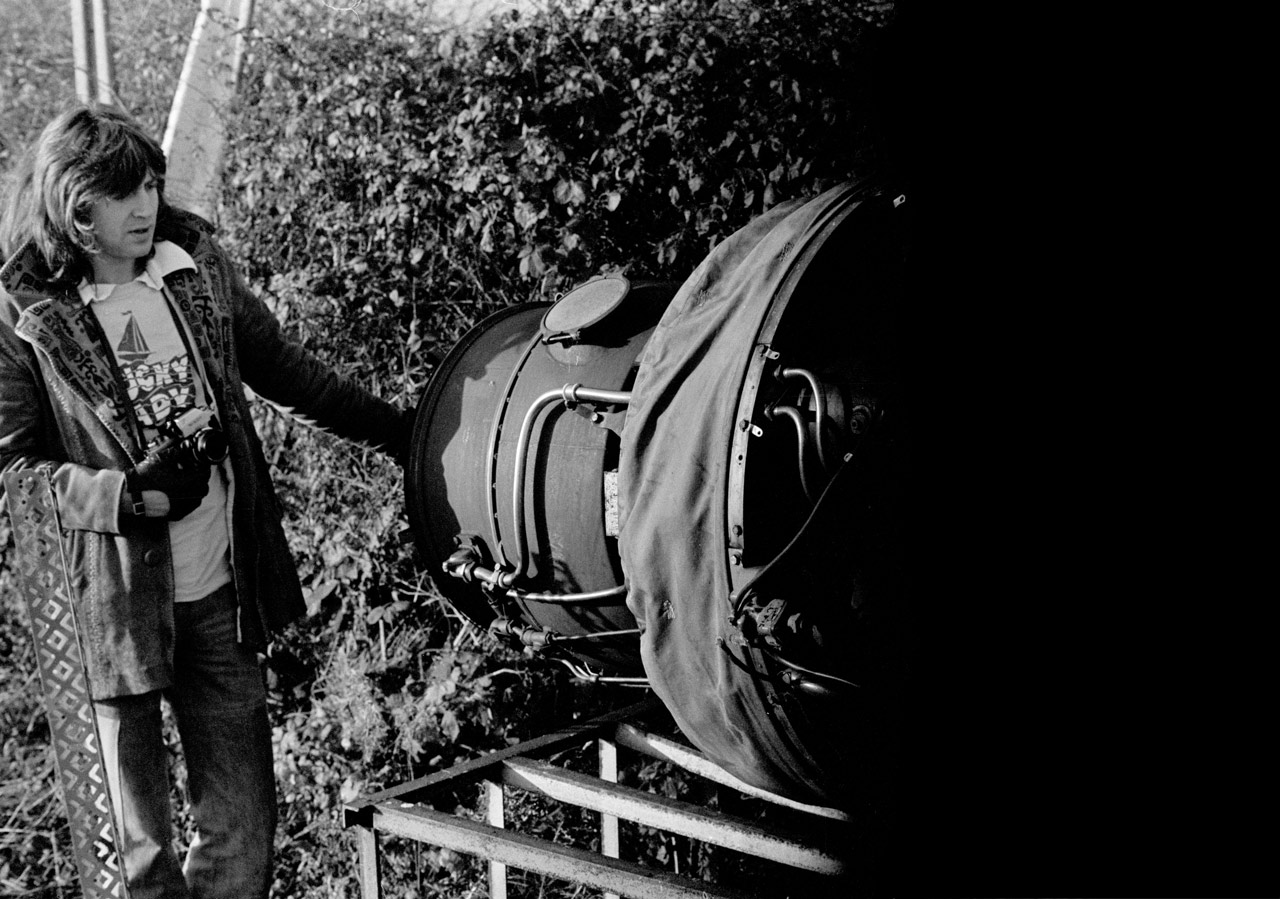 What is interesting is that George Lucas had a vision for that. He had cameras rolling around you guys, as you were working, to create some of that behind the scenes stuff. So it seems like a secondary part of Georges vision was that people were going to want to know how these films were made, even before they came out.

What was sad is that during the first four months, which I go through in the documentary, there were only five or six of us in the studio. Gary Kurtz documented all of that in photographs, but 25,000 of those photos were stolen from his office and have never surfaced. No one knows where they are. So I think I have only have two photographs from that era. And that's it. There isn't any more. There's very little ever to be seen of how it first happened. George was partly doing that (filming behind the scenes) for Francis Ford Coppola before Star Wars and thought this is interesting, the process, so he managed to get some of that put onto film. 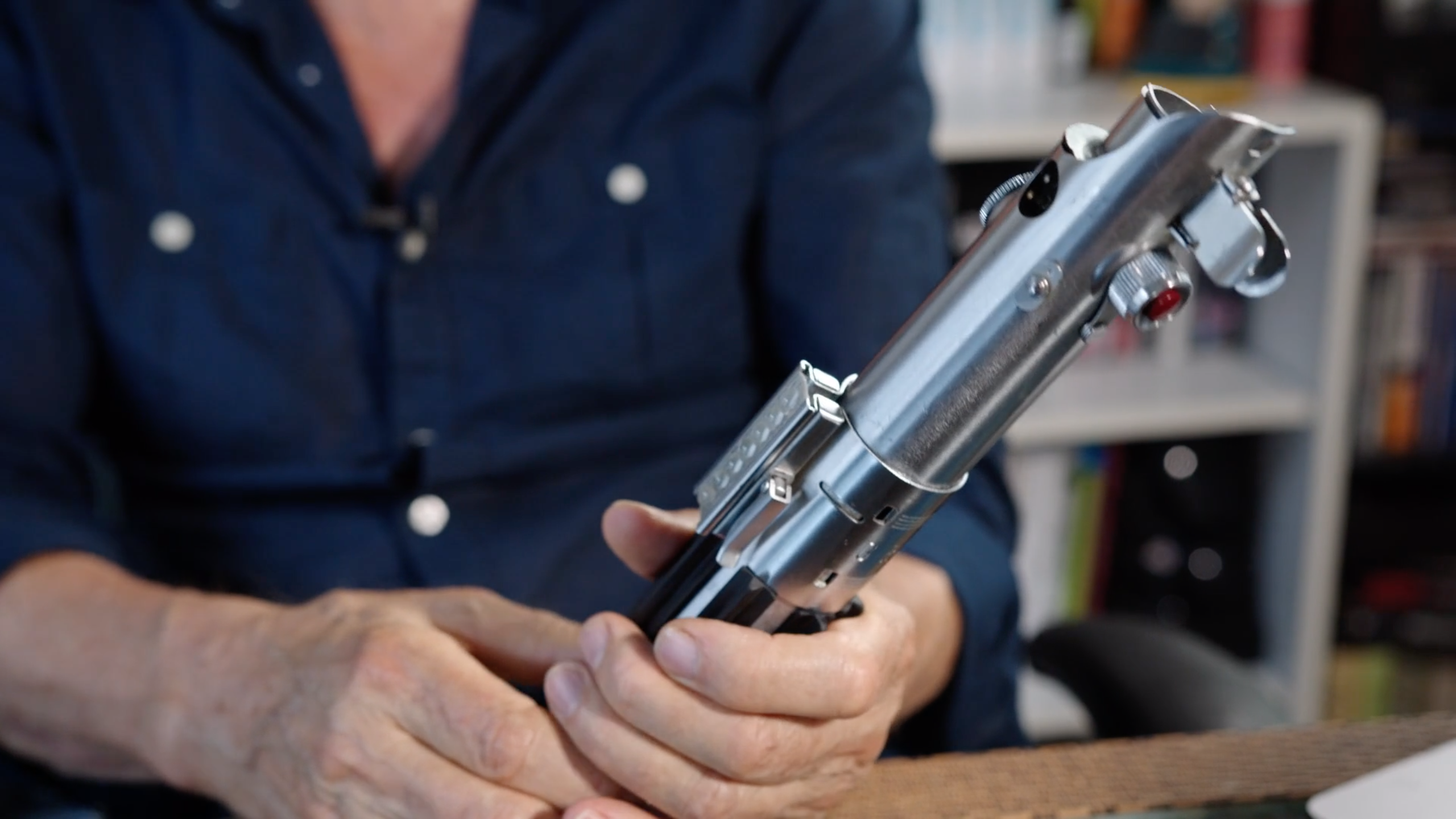 You have said this before and it was brought up in the documentary too, that Luke's lightsaber is kind of the Excalibur of the Star Wars universe. This was even explored a little bit more in the in the sequel trilogy, the passing on of the sword. Why do you think that people really gravitate towards that original lightsaber? In the documentary you go through the making of the hilt, which is fascinating, why do you think people have clung to that the way that they have?

Well, most of the mythic legends, nearly every ancient mythic legend has a sword in it that a warrior would somehow join forces with. Its a metaphor for finding the truth and the power within us. But it's put into a sword. When I first read the script, I was excited because I always loved Excalibur. Growing up after the war, England was very gray. It was really miserable little time you know, so I lived in the worlds of King Arthur and Ivanhoe and all of these ancient legends and of course I was always out with a wooden stick fighting. There's something about our kind of DNA memories of swords have been with human beings far longer than guns.
They are a part of our kind of mythic story. With the legend of King Arthur, if you tell people in America about Excalibur, they know about it. It was the sword that was the power, the sword that came into his hand. Luke is the King Arthur in the great mythic legends that won't go away. I read Star Wars and thought, well, if this movie works, this is going to be the icon. And then of course when you look at what connects to the subconscious, this is a sword of light! George managed to put that in.Star Wars, what's it all about? It's light, fighting darkness and the light wins. So that we're conquering the negative, we're conquering evil, and everybody is doing that. So I think also, just on a basic level, it's such a cool thing and everybody really wants one that can fire up and, and do that. It is an incredible kind of gifted idea from George, that he came up with! My eight-year-old now all the time hes got lightsabers everywhere. And it's not to do with me, that's just what he wants!

It's a very interesting thing. And I always say, you know, making movies myself, it's the same for all of us. We have something lacking, we don't have an erase button because we watch a movie 1000 times. If only we could erase it one time so it could be fresh! But that's absolutely true and you never really experience that moment. I think through a lot of training, meditation, letting go, doing all of this stuff, I actually have trained myself to go in now and watch a movie as a movie with the audience. Only then I go back and watch it again for one or two times and watch it to look, what did they do there? How did you do that? What happened there? So I've really trained myself to be an audience member, it took a lot of work, but I'm really happy I did.

In fact, in a way I really did watch Star Wars. I mean, I let it go because after I'd made it, I went straight on Life of Brian and I went on to Alien. I kind of had an erase button on it that I didn't go through that process. So I watched it as an audience member in Leicester Square with the crew and just was gobsmacked, you know. Guillermo del Toro was a young lad and he went to see this movie and was so shocked that anyone can make a movie like that he went around again four times. The same story happened to James Cameron. Christopher Nolan told me I was 11 years old. I know the theater, I know the time, I know where it was everything, I remember about itand I came out and said, I got to be a filmmaker. That experience, I think, is what George was never able to have and I think it's more acute for him because, making Star Wars was so tough, it put him in hospital, they thought he was having a heart attack, and it was pure stress. So he never got to enjoy the process, really. I think the first time he enjoyed it was making The Phantom Menace. 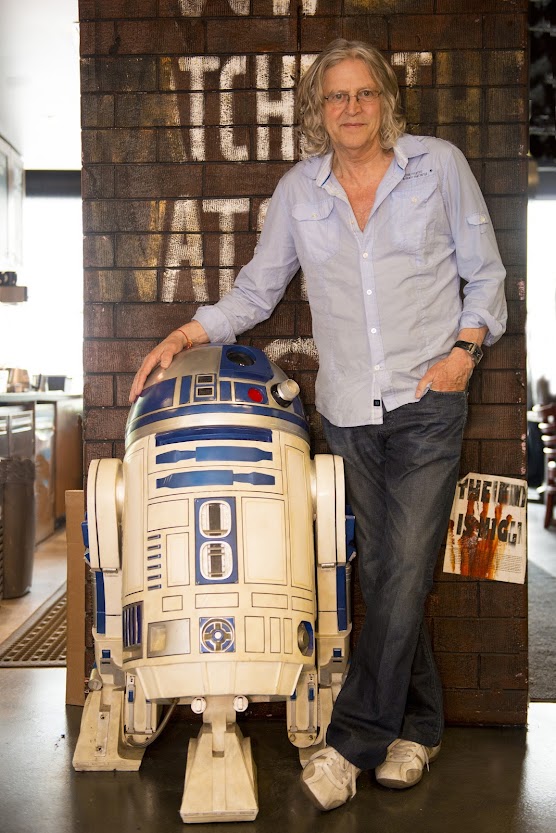 It seems like in the new streaming series that John Favreau and Dave Filoni have taken a mixture of some of the things you guys did in the prequels and blended it really well with some of the aesthetics from the original trilogy, have you been paying attention to any of that?

Yes! I just everyday thank Dave Filoni. His love of detail, you know, and understanding so well of what George did. He's a fan 100% first of all and knows this world, he was taught it by George, and he's been really careful. You know, The Mandalorian that there's a huge success and brought back all the fans with a vengeance. There's a reason for it, that world is what everybody loved from the first three movies, I think that is what has connected with fans. Star Wars has become a huge collective consciousness of an audience. So they're following it now whatever's coming, the kids are now following it as a new vision. But I think the core fans, millions of them throughout the world just came flocking back because that's what they connected to. It has been so great, the stories and the characters and the look of it everything, he's really managed to bring it into a new audience.
--------------
Thank you to Roger Christian for taking a few moments with us! You can order the new feature-length documentary about the making of Star Wars Galaxy Built On Hope right now here: Galaxy Built On Hope