A New Planet Named For Solo

We're up to four confirmed planets and counting now as a new book titled, "Solo: A Star Wars Story Train Heist" has revealed a brand new planet that will be introduced to us in the upcoming Solo film. 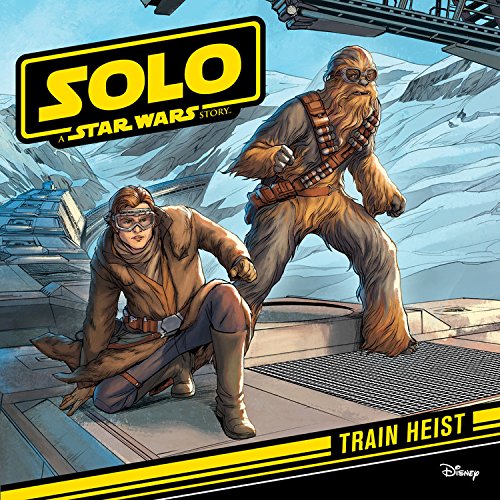 According to the books synopsis, which can be found on Amazon, the heist in question takes place on the planet Vandor. Here is the description...

"Han Solo and Chewbacca the Wookiee must team-up for a daring train heist on the planet Vandor!"

So Vandor joins three other confirmed planets, Kessel, Mimban and Corellia, as destinations our rogue hero will visit potentially along with friends Chewbacca, Lando Calrissian, Qi'Ra and Tobia Beckett. The teaser and trailer has already given us a glimpse of the mostly mountain filled snowy planet but up until now we didn't have a name to go with it.

Of course, we don't know much beyond that but one thing we do know is Enfys Nest will also be aboard the train to try and stop them. Enfys Nest, thanks to recent toy releases, is a character that gets its inspiration from the Expanded Universe Marvel Comics run of Star Wars books in the late 1970s. The toy in question is a Swoop-Bike which Nest and his gang uses to get around on. The back of the box reads as follows...

"The Cloud-Rider gang led by Enfys Nest terrorizes the skies atop the mean-looking swoop bikes. Little more than engines with seats, swoops are hard to control but capable of incredible speed."

So whatever exactly is on that train that brings the gang to Vandor remains a mystery, but we know its important enough to draw out the films main villain so must be something significant. The Cloud-Rider gang and Han Solo did have a couple of run-ins in the comics but this will be the first canon mention or depiction of the violent gang.

From the few shots the teaser and trailer give us aboard the train it looks to be an exhilarating sequence and how much of Vandor we'll see beyond that we just don't know. We'll have all the answers on May 25th when Solo: A Star Wars Story hits theaters!