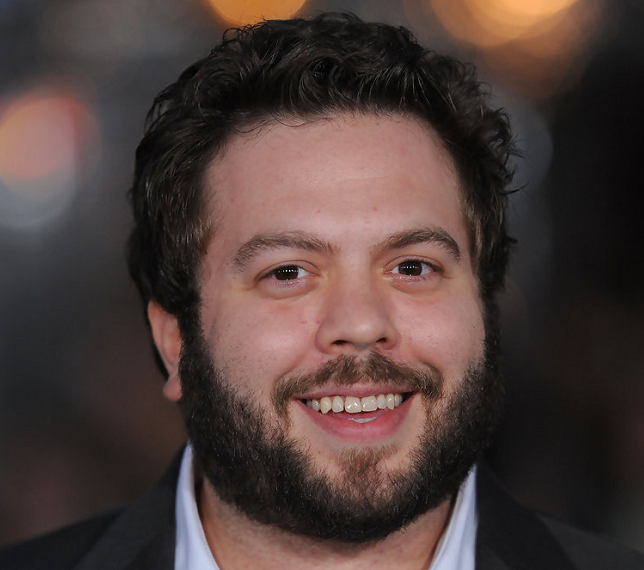 The film Fanboys is about many things, friendship, love, death, loyalty, and how fandom was a connective tissue that brought all those things into the fold. You could look to many franchises to use as a story telling device, but writers Ernest Cline and Dan Pulick chose Star Wars as the inspiration and the rest is fanboy history.

As for the film itself, its about a group of friends who while maybe have started to drift apart, still share one thing, their deep love of Star Wars. They decide to take a cross-country trip to the Skywalker Ranch so their dying friend can see a screening of the newest film The Phantom Menace prior to its theatrical release.

And in what may seem like a perfectly orchestrated marketing campaign coordinated between Lucasfilm and Trigger Street Productions, this year not only celebrates the 10-year anniversary of the release of the film, but the 20-year release of the film the fanboys were going to see, The Phantom Menace!

The truth is, its 2009 release wasnt part of the plan as many delays pushed it further and further away from its original release dates of 2006/2007. But in the end, the result by director Kyle Newman was still the same, and while not a box office success, it has achieved a cult status and has a place in the hearts of many Star Wars fans.

One of the breakout stars of that film was actor/writer Dan Fogler, who played the loudmouthed, Trek-hating, Han Solo loving Harold "Hutch" Hutchinson. Hes the most belligerent of the group and steals scene after scene with memorable dialogue as the group makes their way across the country.

Starting off on Broadway, Fogler has put together an impressive resume on television and film since he started in 1999 including a starring role in J.K. Rowlings massively successful Fantastic Beasts and Where to Find Them series. These days, when hes not writing, directing or acting, Dan tours the convention circuit promoting his graphic novel and hosts his very own podcast, Dan Foglers 4d Xperience, where he brings on his celebrity friends to discuss film and the business.

We were fortunate enough to speak with Dan ahead of his appearance at Toronto Comicon about the Fanboys anniversary, almost getting arrested while shooting and the films legacy. 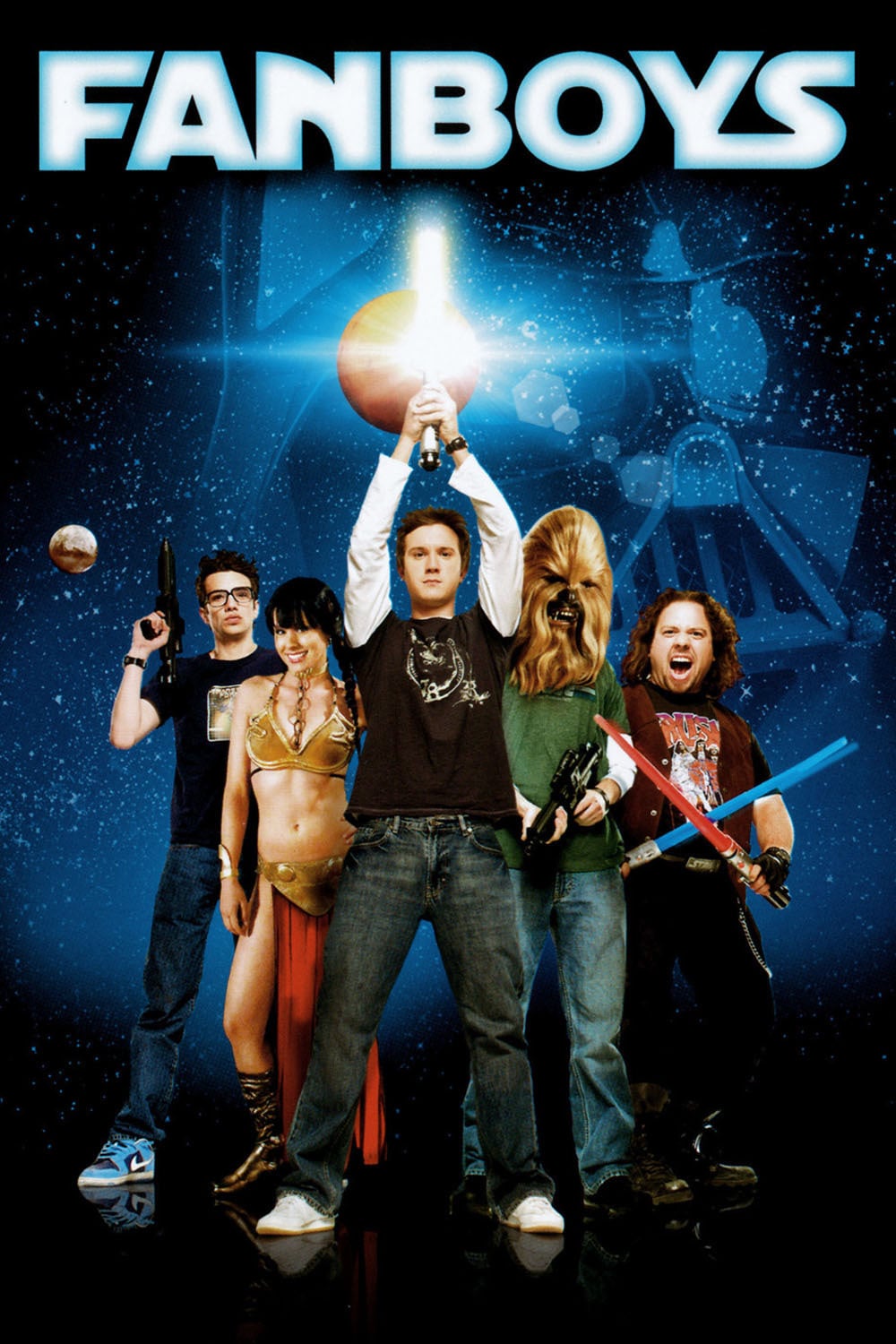 Okay, I was speaking to Kyle Newman (director of Fanboys) and he told me to ask about your headshot and a pellet gun incident?

In my headshot, which I was very proud of, I looked like my character Hutch! I had suspenders, the t-shirt and the whole lookI even had cut-off gloves! Was just totally in character. Kyle (Newman) saw the headshot and just said, that looks like Hutch so even though Hutch looks kind of like a maniac, Im very proud of that.

Note: Dan goes on to tell a hilarious, but long, story about a day off while shooting Fanboys out in the desert. It involves pellet guns, water guns, ninja stars, Star Wars cosplay, old ladies and the police. He and Jay Baruchel discuss the whole thing in detail on Dans podcast, here is the LINK, I suggest you listen to it.

So, youre in town attending Toronto Comicon promoting your graphic novel and discussing your career. Will you be seeing your collaborator Jay Baruchel and who do you like doing conventions?

I hope so, we are planning to attend a few different Canada Cons pushing our comic book collaboration. Jay is the COO of Chapterhouse Comics and hes putting out my Brooklyn Gladiator graphic novel so.

Its great going to conventions and having people dressed up as my character Hutch approach me, its quite lovely and I enjoy it. Fanboys really resonated with people and became a cult favorite, so it speaks to a lot of people and you definitely see that at conventions.

Tell me about the legacy of Fanboys, if it has one.

The film was made from the heart by Kyle (Newman) who really pushed to get this thing off the ground and the legacy of it has been wild. It started out where we just making this movie for the love of it and it had so much heart in it, we couldnt say no. It really kept close to some of the real themes of Star Wars, which can be real dark, people die along the way, you lose friends. So, things like that are in the is film.

You know, at the center of this film is a quest we all go on, a last hurrah for our buddy Linus (Chris Marquette) who is dying from cancer. That whole thing, that cancer plot, became a really big issue with the producers so releasing it uncut turned into this wild tale.

The movie was chopped up as a result, the cancer element was taken out, and that started the fan rebellion against who they called Darth Weinstein They wanted released what they originally saw at a screening during Star Wars Celebration Europe (London) in 2007, which got a standing ovation. The whole thing is so strange, the way the production side of films work, but the fans stepped up and demanded the original cut and they literally made it happen. It was so beautiful.

So, what we ended up getting was very close to the original cut, but there was definitely some superfluous and ridiculous reshoots, very few of them were helpful. That movie was a huge lesson for me in how hard it is to get something out to the public, from conception to the end, the odds are stacked against you. And we all had a lot invested in it, so it was hard to see it sit on the shelf because we wanted badly for people to see it.

I love Fanboys and I really hope we a chance to make a second one.

Whats your personal history with Star Wars, were you a fan prior to making this film?

I grew up with the original trilogy, my favorite movie is The Empire Strikes Back. I remember we would be rehearsing for Fanboys and watching the films together and I would just be annoying everybody going line for line along with the dialogue, verbatim.

Collecting all the figures and toys was a huge part of my childhood and then I remember having to sell my collection when I was older just to pay rent, in those early years. It was so tough, it was heartbreaking.

Then Fanboys came along, and it rekindled my love of Star Wars, which never really went away, and facilitated me being able to afford to collect again! There was a big chunk of time between college and me getting my first real job and I couldnt afford to even buy comic books, it was just too frivolous at the time.

Then I started working and had money in my pocket and the fist thing I did was start to collect again, and Ive been doing ever since! Its awesome and makes me very happy that Im able to do it again.

Star Wars Celebration is next month, any plans to attend? Representing Fanboys?

There was talk of doing a Fanboys panel and Kyle mentioned it was something being worked on but it just kind of fizzled out. Unfortunately, I just cant make it this year.

Okay, thanks Dan and well see you this weekend! 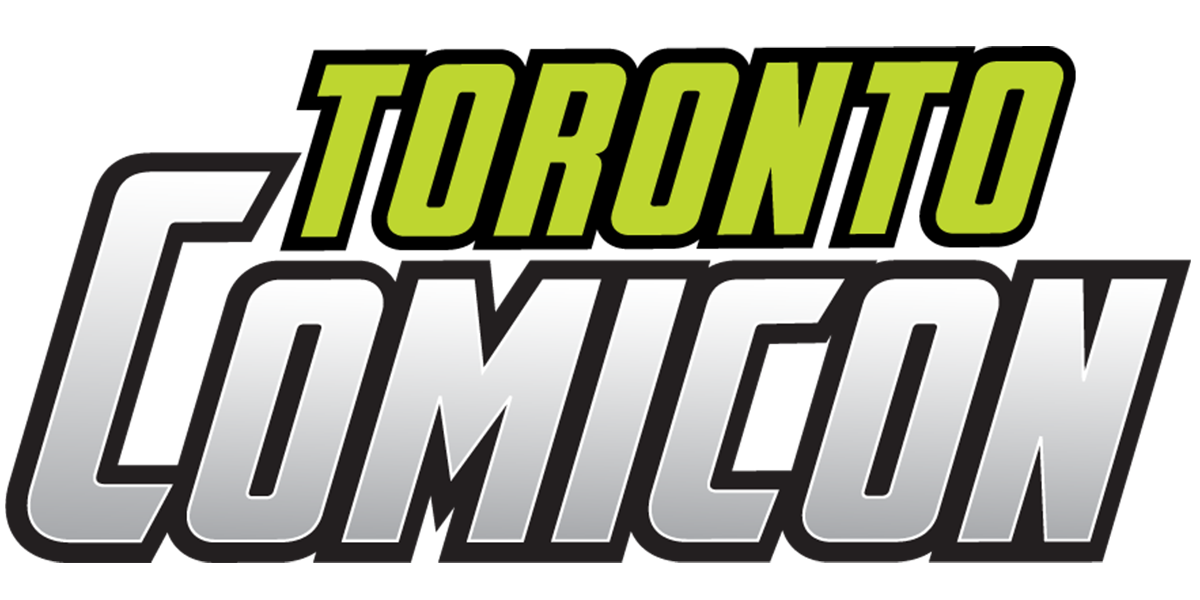 Dan was so much fun to talk to and at one point we veered off into a great conversation about where we think the franchise is headed and each others theories on Episode IX, the Rey/Kylo relationship and some of the connected universe. For the record, Dan thinks Rey and Kylo are twins and most definitely related, I for the record do not.

As far as a Fanboys 2 goes, he did say while theres no script or anything, there have been conversations between the core group of Kyle Newman (director), Ernie Cline and Adam Goldberg (writers) about concepts and what it would look like. Most of the focus has just been how to go about getting it untangled and through the red-tape and bureaucracy after all these years.

The franchise has changed so much since this film was made and the fanbase right along with it. I would love to see an updated version of a film like this, reflecting the current state of Star Wars and an honest look at the makeup of its fans. Who knows, perhaps one day!

Dan will be appearing at Toronto Comicon this weekend, March 15-17 at the Metro Toronto Convention Centre. Click the link below to get all the details and his schedule, which includes a Q&A session on Saturday at 4:00 PM.

For more information on the man himself, go to DanFogler.com!