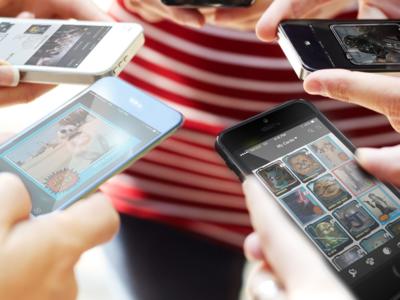 In the same way that digital media is transforming reading books, listening to music and watching television, Card Trader is revolutionizing Star Wars collecting, said Michael Bramlage, VicePresident of Digital at Topps. Your favorite characters, vehicles and locations from the Star Wars universe can be collected and traded on your iOS device, from anywhere at any time.

Trading Like A Jawa: The Star Wars: Card Traderappis like a 24/7 Star Wars card convention that you can take with you anywhere you go. Meet real people, make friends, complete trades and build your collection with confidence using features like 9-for-9 trading and Trader Ratings to highlight your trading partners trustworthiness.

Classic Re-Releases: Only Topps brings you over 30 years of official-licensed Star Wars trading cards in new, high-definition digital format, from the vintage era to today.Havent collected cards in a while? Check out Topps state-of-the-art Parallax and Motion cards, innovations that could never have existed in cardboard!

The same team that brought you the award-winning and top-grossing app, Topps BUNT, is behind Star Wars: Card Trader, said Bramlage. It is a must-have app for anyone who considers themselves a Star Wars fan.Star Wars: Card Trader is available for free from the App Store on iPhone, iPad and iPod touch.