The Boba Fett Movie Terrifies Me

With Rogue One being a huge hit and the production of a Han Solo film fully under way, more and more rumors are hinting that the next spinoff film to be confirmed in the Star Wars franchise will focus on Boba Fett. However, while I love this character, the thought of an entire, canon film about him is horrifying for several reasons: 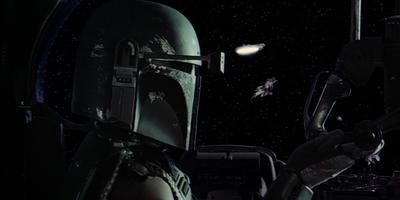 A huge reason that Bobas character is so intriguing is that we know so little about him. He only has a handful of lines in the Star Wars films, and the few he speaks reveal nothing but a propensity for violence and success. Apart from these minor glimpses into his character, for nearly twenty years after the Original Trilogy he remained a fan-favorite even though the fans knew nothing of himnot his parents, his home planet, his upbringing, his motivations, or any of his struggles.

Even with the Prequels, we got very little insight into Boba Fett. All we learned was that his father was also a bounty hunter and that this father diedapart from these two things, we still had next to nothing. What did he really do after the Clone Wars, or the height of the Empire, or the rise of the Rebellion? What are his hopes and struggles? 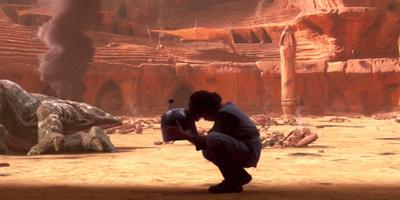 This mystery, this retained disconnection between a young boy and a stolid, silent, menacing bounty hunter, helps creates so much interest in this character. JJ Abrams goes more in-depth as to why the unknown is so enticing, but the fact of the matter is that Bobas poorly documented transformation and motivation keeps him intriguing.

Much like with Vader, were intensely curious about what formed this menacing characterbut prequels and origin stories destroy this curiosity. They may clarify the transformation, but they also reveal the magicians trick, and, more often than not, they leave an audience barely satiated or completely dissatisfied. Id rather Boba remains an unsolvable mystery than a discovered disaster. 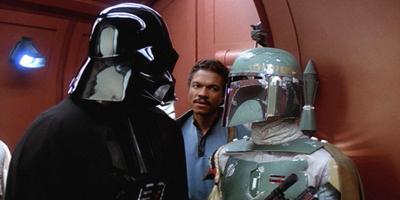 In revealing Bobas backstory, we not only lose the enigma of Boba Fett, but we also have to see him in a relatable way. And a character is usually made relatable through weakness.

Often times, a weakness can enhance a character: Reys fear of a dark past, Lukes skirmish with evil, and even C-3Pos constant anxiety all make us better understand them. But the audience doesnt need to be emotionally connected with every character. For some, Anakins emotional struggle in the Prequels became overbearing and desecrated the image of the merciless villain we knew as Darth Vader.

The same reason some disliked this exposure to Vaders soft side is the same reason we dont see characters like Bane from the Dark Knight Rises have complete emotional breakdowns (at least, nothing like Anakins after losing his mother), nor participate in relatable, normal activities, whether it be needing some kind of encouraging talk or even just eating or dressing: to see their deepest weaknesses and boring normalcy may increase their relatability, but it also often presents them as weak and, for some characters, too inferior. For a no-nonsense, quiet villain like Boba Fett, seeing his weaknesses would take away the grandiose, impenetrable version of him that many fans cling to.

Even for those who have heavily researched Boba Fett, the man is still a mystery. In the many novels that focused on his character (now appropriately dubbed Legends) there was a wide range of interpretations for his motives and a broad spectrum of personalities which he was written with.

In Tales of the Bounty Hunters, hes a calm, quiet hunter whos inveterately satisfied with continually hunting down others. He counsels Leia on immorality, and its written that hes never so much as held a woman in his arms.

In Bloodlines, however, hes a more sullen warrior, with a chip on his shoulder and a torn family that he created and wants to take care of. In other previously canon novels, his characterization seems to continue traveling all over the maphe was a loner and a wannabe family-man, a ruthless murderer and a beacon of morality, and a detached hunter and the leader of an entire civilization, all in the span of a single lifetime.

Published twenty years ago, this book just doesnt have the same Boba Fett as the one shown in the latest Clone Wars episodes.

Because of these wildly varied depictions of Boba, those dedicated enough to research him have always been able to choose who they want him to be. Some completely disregard him in the Christmas Special, others ignore events affecting him in the Yuuzhan Vong invasion, and others still avoid the newest Clone Wars episodes showing his younger days. Explanations for this cherry-picking of events and characterizations vary just as wildly as their storiessome fans can say Boba grows into each role, others may criticize the discrepancies, and others might simply ignore the sources as some choose to ignore the Prequels.

However, this ability to flexibly interpret would be disintegrated with a film focused on Boba Fett. With this new movie, any conflicting traits or characteristics will be undeniably de-canonized, and, for the first time, well have a narrow understanding of who this man really is. Maybe hell be portrayed as a moody teenager or a sarcastic, aging warriorbut whatever it is, it will tear apart the previous image so many fans had structured in their minds. With the release of a new film, millions of fans will experience a very particular interpretation of his character in the most definitively canon medium of the Star Wars franchisetaking away any previous awe developed for the enigmatic legend of Boba Fett. 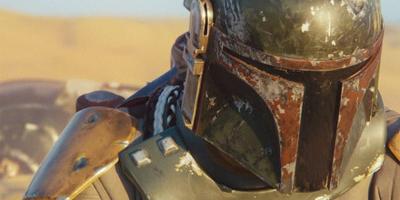 Id still be intrigued by a Boba Fett movie, of course, but my concerns grow the more I think about it. What do you think?